FAITHFUL WITNESS OF THE CATHOLIC FAITH

The Bellarmine Forum is a group of lay Catholics dedicated to helping everybody from Plumbers to Professors
to know, love, and serve God
with the reliable and true teachings of the Catholic faith
without progressive modernism,
without watering it down by ecumenical overreach,
without worry for offending the village idiots, and
without emotional sloganism found on felt banners
so that they may find rest in the truths God has revealed
and better witness the true faith to others
and keep their sanity amidst the maddening storms of error today.

57 YEARS AT OUR LORD'S FEET

In 1965, it was apparent to our founders that the focus of the "new theology" was not God, not His Son, Our Lord, Jesus, but something else. We set out to be a stable voice of tradition, orthodoxy, reliable catechesis, and discussion of the world's events as seen through the eyes of ordinary people who love what Jesus has revealed to us and the Church has handed to us through generations. The Wanderer Forum Foundation was born, and today we have a doctor of the Church for our patron and are named Bellarmine Forum! 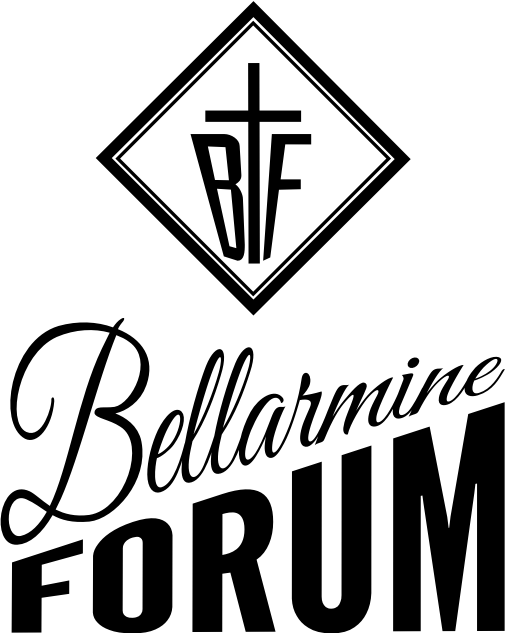 WHERE DO YOU SEEK YOUR TREASURE? You look around today, in the wake of the confusion brought about by the opportunists who stormed the Church after Vatican II, and you see a mess. There are the fools that go along with everything, and there are the wicked that appear to be taking advantage of the confusion for gain. You look for a place where you can find truth, traditional catechism, and that spark of piety and Love for God and His things. That's what we want and what we try to bring. No clubs, no busy bodies, no cults. If you want to focus on any topic and discussion of Jesus and His Church, and exposition of the beauty and attractiveness of Truth, then you found the right place.  But if you also want discussion and analysis of how His revelation is being subverted, whether in education, society, culture, or from inside the very Church Herself (as Pope St. Pius X warned), you'll be pleased. The Bellarmine Forum will also surprise you with provocative topics and discussion of things on the narrow path, not always in the "me too" tide of popular business today.

If your first priority is to find truth and tradition, you're in the right place.

If you prefer to be challenged by the timeless counsel of the deposit of faith, then you should read what we have.

If you see that God's intended order for this world is pleasing and worth fighting for, stick around.

WHERE WE PUT OUR TREASURE 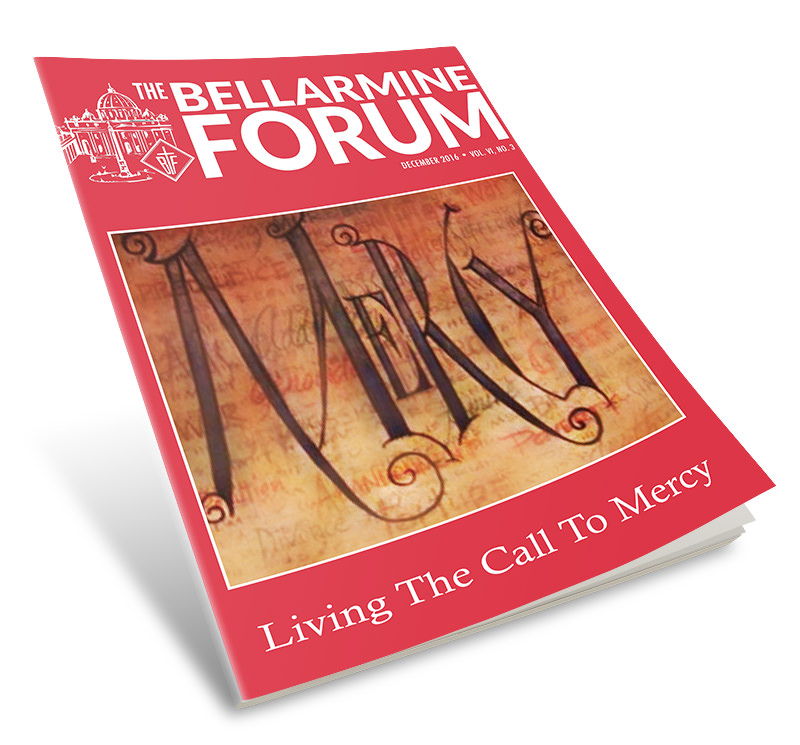 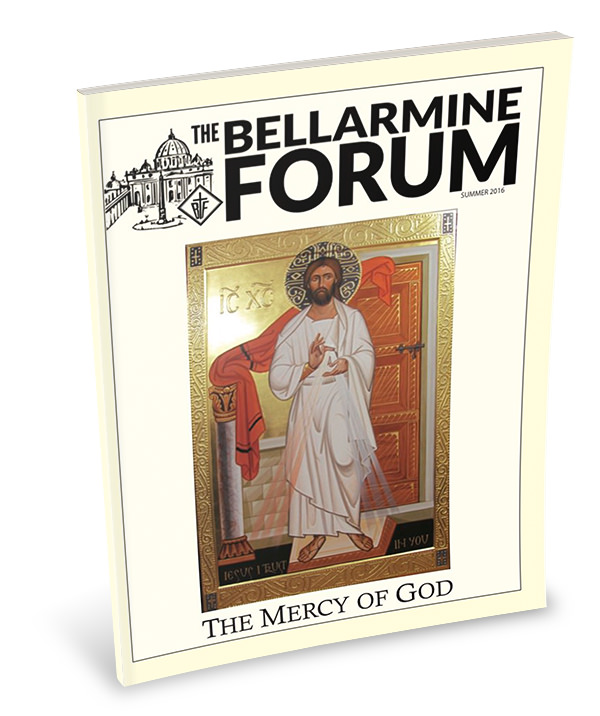 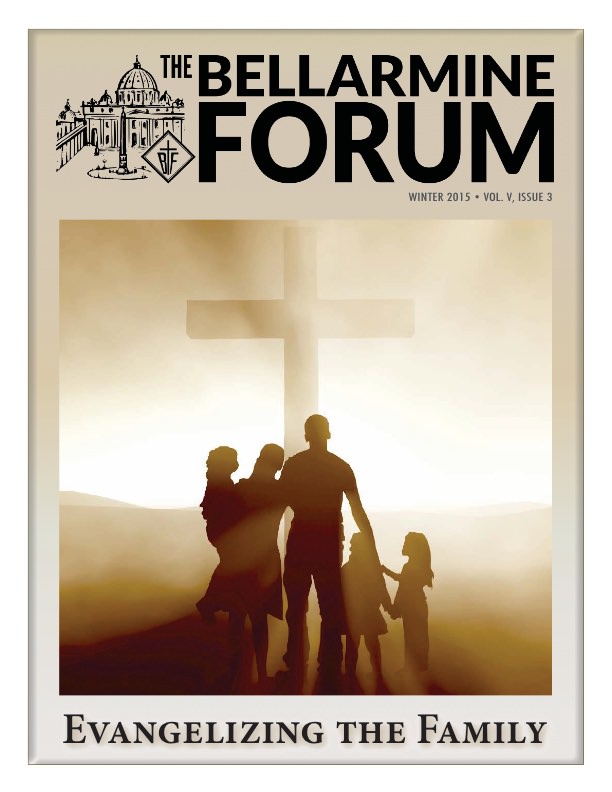 Published roughly quarterly and following a theme for the volume (yearly volumes), we search high and low to find genuine, thought provoking, and timely exposition. Not limited to mere academic analysis, the magazine frequently includes a book review and engaging commentary.

WE'LL DELIVER PRINT TO YOUR MAILBOX

We promise you will find the riches of Heaven and the pleasing gems of saints in these pages. Relish discussion that is written to be discussed and enjoyed by the professor and plumber alike! 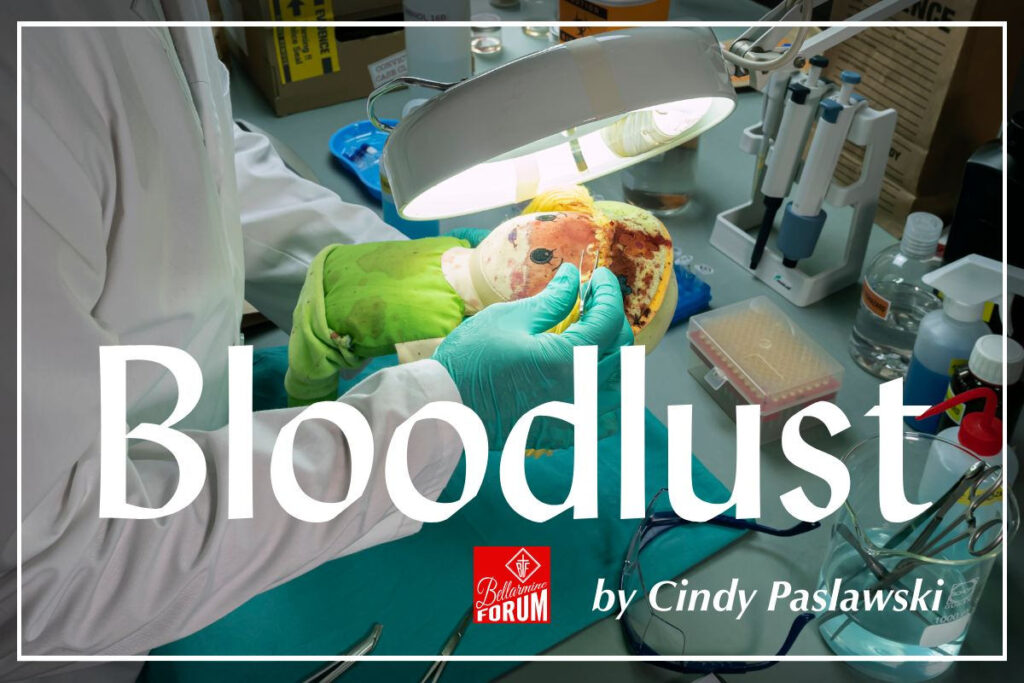 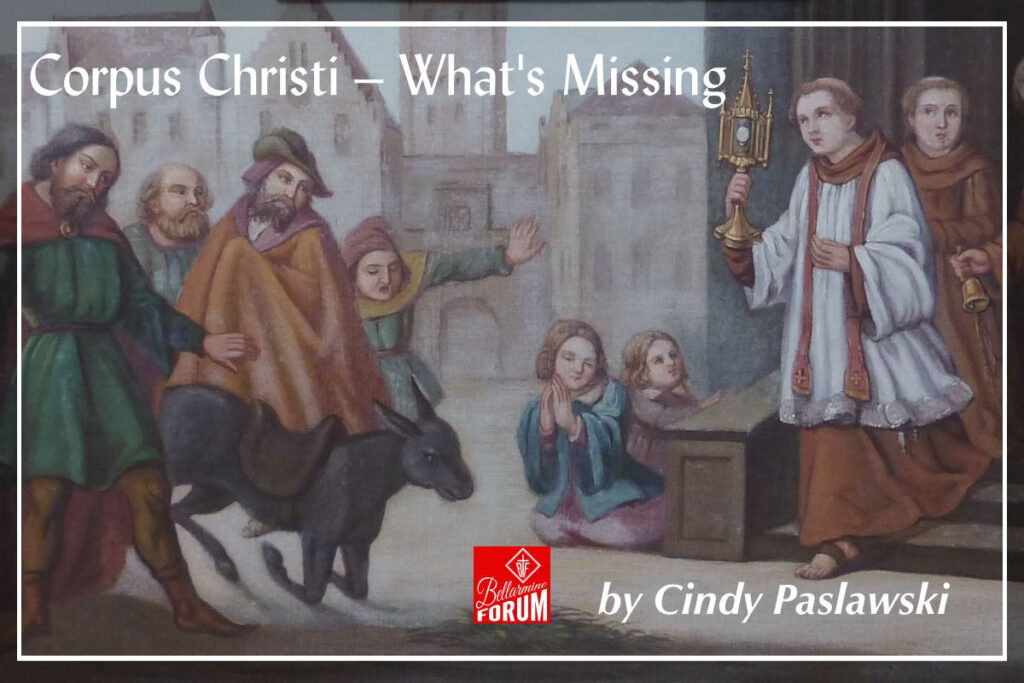 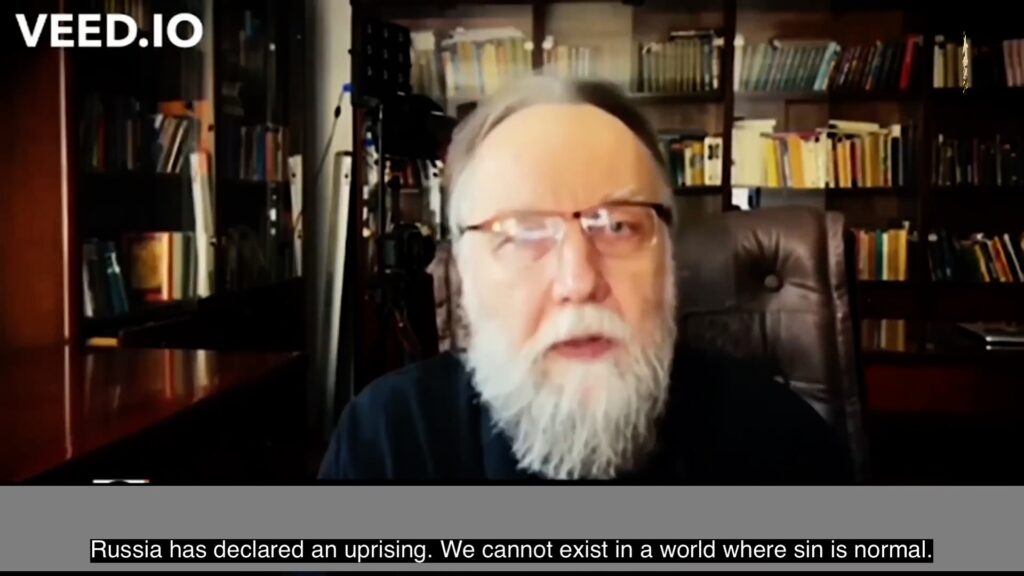 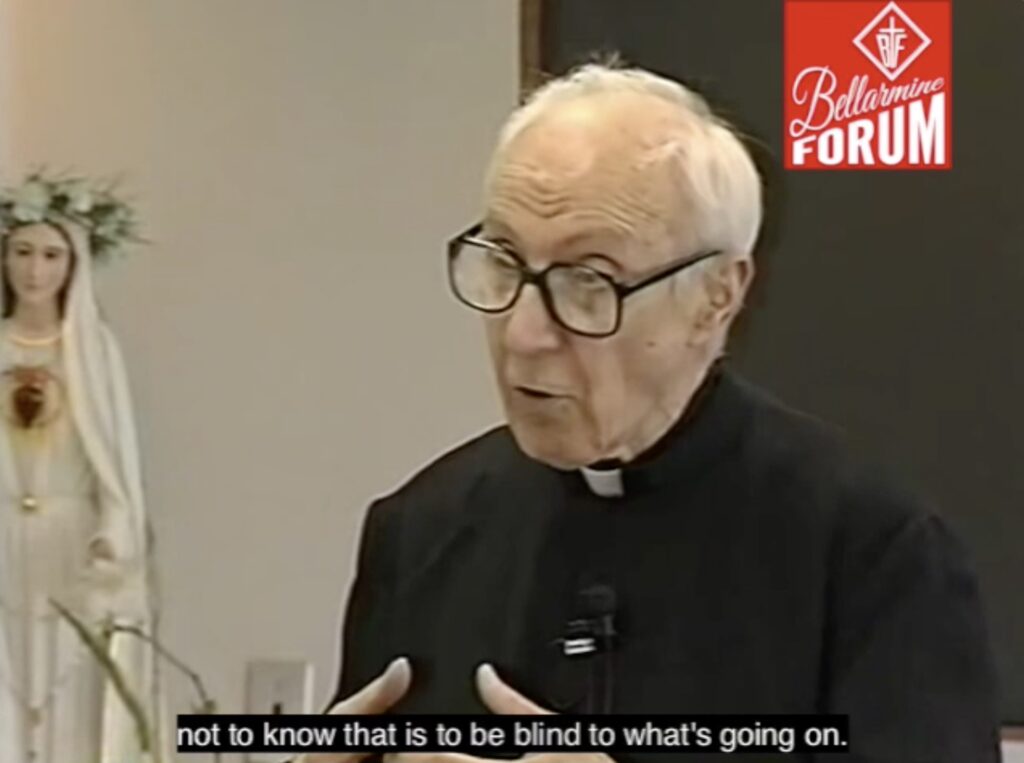 The wild west frontier, and open to everything from musings on our faith to deep academic analysis, our website is mostly written posts and articles. Because the Forum is mostly volunteer lay people who have the responsibilities of life, we do not have a set publishing schedule. You may see ten new items one week, and then a quiet week.

NEW POSTS TO YOUR INBOX

One way to never miss a beat is to use the free announcement list that will send new posts straight to your inbox. WordPress handles this list for the Forum. You can unsubscribe easily at any time, and there's no spam.

Why Pontius Pilate is in the Apostles Creed, not Judas or the Jews. Gird your loins for the answer.

Fr. Hardon: Three reasons why the devil is so strong today.

Agents of Death: The Alinskyian Effort to Manage Your Life’s End

The Bellarmine Forum maintains pages on the social media. It seems that our audience is most active on Facebook, so you will find the most interactions there. It's likely you'll run into comments from our authors there, too.  Leaving a comment on this website is the surest way to engage because it is certain we'll see what you said.

Twitter is sometimes active, and we are engaged there sometimes as well. Twitter is, for now, still a way to see when new posts arrive.

More about the Bellarmine Forum

The Bellarmine Forum is a nonprofit public charity incorporated in 1965. It is an independent organization of lay persons that have banded together to promote and defend the Catholic faith handed down as sound doctrines and right thinking of the deposit of faith. The Bellarmine Forum is a tax exempt section 501(c)3 public charity. Donations are tax deductible to fullest extent permitted.

The Bellarmine Forum was founded in 1965 as The Wanderer Forum Foundation, in response to Vatican II as a network of lay Catholics dedicated to the preservation, dissemination, and discussion of orthodox Catholic traditions, faith, and teaching. It has always been a place to discuss and test new ideas against the wisdom of tradition.

Homegrown Common Sense.  Based and traditionally most active in the general Twin Cities of St. Paul and Minneapolis area, the Forum has had reach and appreciation worldwide in its almost 50 years of existence. Today, this website, our Magazine, and our podcasts, articles, and initiatives such as the Campaign for Humanae Vitae™ reach worldwide. But we are, and always will be, ordinary people from ordinary places like the Midwest.

The Nerve of the Sensus Fidelium

Created in the Wake of Post-Vatican II Hysteria.  In 1965, the media had already run away convincing people that a new faith had been created. The scary part was that people went along with it. In those days, there was no internet, there was not the instant access to Church documents, nor was there as much commentary available that had authoritative analysis and exposition of new ideas in light of the deposit of faith. The news media was the greatest source of information for most people... the problem was that the media is not Catholic, let alone is it a reliable source of truth. Comparing the truth of Vatican II documents against the hysterical misrepresentations really got on our nerves! We set out to be what was needed:  a reliable source of church documents, a reliable commentary to promote and defend the faith, and a reliable, loyal place for Catholics to find right thinking on things Catholic and honest debate on current events.

The "S.O.B.s" praised by Fr. Schall.  The Bellarmine Forum is comprised of lay people and sinful ones who found that God loves sinners, has mercy on them, and we love Him and the Church  He gave us. We kind of like having the rough edges of humanity and are naturally suspicious of things a little too shiny or slick.

Why Change the Name?  In 2011, in response the needs of our times and for the graces necessary these days, the Board of Directors decided that the selection of a patron saint was a good step into the future. After deliberations, and much prayer, the sentiment of the Forum was that St. Robert Bellarmine was the ideal patron, and the Bellarmine Forum became the new name in the Spring of 2012.

What is the "Forum" then?  The Bellarmine Forum is therefore a network of lay Catholics who have banded together to promote and defend the true teachings of the Catholic Faith. Our purpose is to educate and strengthen in faith all Catholics and their families and inform them on current issues relating to the Church's teachings; to support and defend the teaching authority of the Pope, the Vicar of Christ on earth; and to encourage others to observe and uphold their Catholic Faith.

Want to contact us about anything? We have our address, phone number, and a contact form that will send email to us right on the contact page.