Chairman of the Board and President Emeritus (In Memoriam).

Professor Rice is Professor Emeritus at the University of Notre Dame Law School. His areas of specialization are constitutional law and jurisprudence. He currently teaches “Law and Morality” at Notre Dame and  is a retired Lieutenant Colonel in the United States Marine Corps Reserve. He is a frequent contributor to The Wanderer and the author of many scholarly articles and books; among them, Freedom of Association; The Supreme Court and Public Prayer, The Vanishing Right to Live; Authority and Rebellion; Beyond Abortion: The Theory and Practice of the Secular State; No Exception: A Pro-Life Imperative; 50 Questions on the Natural Law; and The Winning Side: Questions on Living the Culture of Life. His latest books are Where Did I Come From? Where Am I Going? How Do I Get There?, (2nd ed.) co-authored with Dr. Theresa Farnan and What Happened to Notre Dame?, both published by St. Augustine’s Press in 2009.

President and Board Member

Mr. Manos is currently Vice President, General Counsel, and Corporate Secretary for the Eternal Word Television Network (EWTN). Born in Steubenville and a native of Cincinnati, he studied chemical engineering before pursuing a career in law. As an engineer, he worked as a consultant analyzing explosions, chemical disasters, and workplace fatalities. From this work, he was hired by Mother Angelica to work for EWTN, and later left to be in the inaugural class of Ave Maria School of Law. Subsequently he clerked for Justice Donald C. Wintersheimer of the Kentucky Supreme Court, became an Assistant Attorney General for the State of Michigan, and then returned to EWTN. John’s practice of law is focused on the needs of EWTN, in nonprofit, media and entertainment, trademark and intellectual property, licensing, international law, as well as international law. He reads some Polish and Russian, and regularly attends a Melkite Church where he is familiar with the Byzantine Liturgy and movements in the eastern Churches. He is currently working on a project about Fatima and Russia, and loves talking about Fr. Hardon.

Vice President and Board Member

Mr. DeJak, an attorney, is President of Father Gabriel Richard High School in Ann Arbor, Michigan.  Mr. DeJak graduated from Loyola University Chicago with a B.A. Classics (Latin) degree and took his J.D. from Ave Maria School of Law where he was privileged to study under legendary Notre Dame Professor Charles E. Rice. He practiced law and served on active duty as an officer in the U.S. Army’s 10th Mountain Division prior to being named the founding Headmaster of two new high schools in the Twin Cities area: Chesterton Academy and Holy Spirit Academy. He has taught Latin, Greek, literature, government and theology in high schools in Chicago, Cleveland, and the Twin Cities. He also served as an Advocate for the Metropolitan Tribunal of the Archdiocese of St. Paul-Minneapolis. Recently he co-edited with Fr. Marc Lindeijer, S.J., With God in America: The Spiritual Legacy of an Unlikely Jesuit. His articles have appeared in Chronicles, The Wanderer, Gilbert Magazine, The Distributist Review and The St. Austin Review. He and his wife, Ann, have eight children.

Secretary/Treasurer and Board Member

Mrs. Paslawski has been active with The Bellarmine Forum almost since its inception. As the Wanderer Forum Foundation/Bellarmine Forum's Executive Secretary and Treasurer since 1995, she has overseen publication of Forum Focus and the Bellarmine Forum Magazine and, since 2001, coordinated all regional and national forum and Focus on Faith retreats. She is the mother of six and grandmother of five.

Arthur Hippler is chairman of the Religion Department and teaches religion in the Upper School at Providence Academy in Plymouth, Minnesota. Since 2001, he has been Visiting Professor with the Institute for Pastoral Theology of Ave Maria University. Before coming to Providence Academy, he served the Catholic Diocese of La Crosse (Wisconsin), teaching moral theology and social ethics in the diocesan programs for lay formation and continuing education for teachers. He is the author of Citizens of the Heavenly City: A Catechism of Catholic Social Teaching, published by Borromeo Books. He received his B.A. in Liberal Arts from Thomas Aquinas College in California, and his Ph.D. in Philosophy from Boston College.

Michael O. Kenney has served in senior level positions in higher education throughout the past 19 years, he has been a licensed attorney for 30 years and has taught environmental law, constitutional law, and professional responsibility.  He practiced trial and appellate law for 13 years, successfully argued a case before the Ohio Supreme Court, and has been sworn in before the U.S. Supreme Court. Dr. Kenney holds a bachelor of arts in English and a J.D. from the University of Notre Dame, and an LL.M. in environmental law from George Washington University School of Law.  He serves on the boards of Real Life 101 and Living Faith-Fine Arts Apostolate in metropolitan Detroit where he, his wife Mary Claire, and their seven children actively participate in school and community programs. 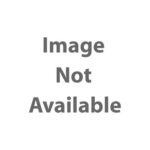 Karen Pautler served as Treasurer of the Wanderer Forum Foundation/Bellarmine Forum for several years. She hails from Denver, Colorado and is a former systems analyst.

The Wanderer Forum Foundation/Bellarmine Forum remembers, prays for, and exists because of the contributions, labor, and love of people dedicated to advancing the Forum's mission through its years.

Frank Morriss (In Memoriam) served as the original editor the Forum Quarterly which became the Forum Focus. He authored many of its articles. He formerly was a contributing editor and columnist for The Wanderer newspaper. A graduate of Regis College and with a law degree from Georgetown University, Morriss has worked as a journalist since 1950, with the Denver Catholic Register and National Catholic Register. He has authored several books, including The Conservative Imperative, A Little Life of Our Lord, Saints in Verse, Two Chapels and Francis Thompson. See our tribute here and here.

Laurene Conner. (In Memoriam) Laurene Conner was a driving force behind the Wanderer Forum Foundation. As secretary she managed the annual forums, selecting topics and speakers to fit the yearly theme for the event: marriage, social teachings, priesthood, respect for life. She also managed the correspondence for the Foundation and discovered yet another need which had to be addressed. Many people would write to the Foundation asking for background information on leftist ideas in vogue in church activities. Because of this, Laurene saw the envisioned a documentation publication against some of the subversive ideas in the church.

Teaming up with veteran journalist Frank Morriss in the mid-1980s, Laurene oversaw the Foundation's quarterly publication (known variously as The Forum, Forum Quarterly, Forum Focus). Early issues provided insight on the Campaign for Human Development, religious communities and their political dabbling, the left-leaning bent of the bureaucracy at the U.S. Catholic Conference. Reviews were published of books such as McBrien's Catholicism and Michael Warner's expose of the derailment of true Catholic social teachings in the United States.

One issue of the quarterly was entitled, Unholy Alliance, concerning liberation theology, Jesuits, Communists, and their subversive activities in Latin America. Laurene and Morriss collaborated on this extensive study which included translated news articles by a Latin journalist about what was really going on. This issue is still available from the Foundation and in fact has recently been sent to young Jesuits in El Salvador by a priest who had helped in the research. He reported the piece had a profound and positive influence in their thinking even today.