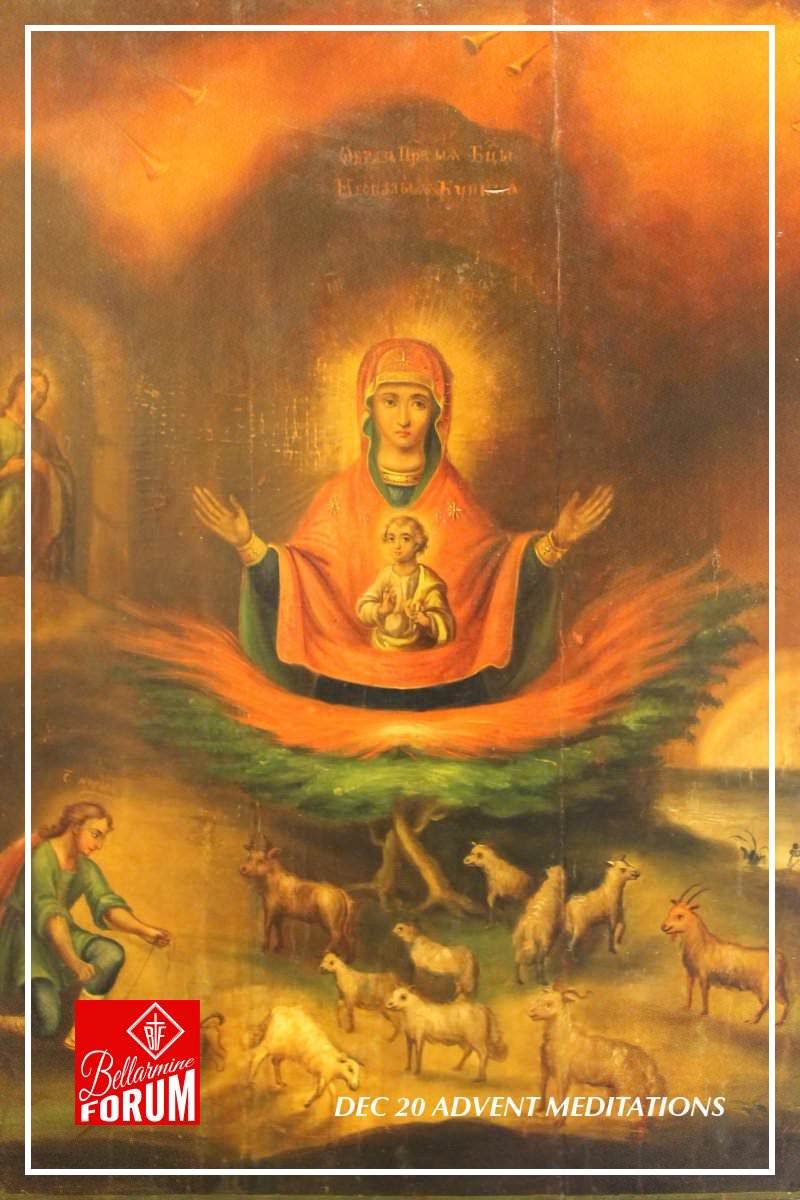 Mary depicted as the “Unburnt Bush” Child Jesus in her lap, and the tree in the field of sheep tended by David.

“O Key of David, and Scepter of the house of Israel; Who openest and no man shutteth, and shuttest and no man openeth; come and deliver from the prison-house the captive who sits in darkness and in the shadow of death!”

1.  The key and the scepter are the symbols of supreme authority; they indicate the sway that the Saviour is to hold over His faithful people, and the right which He alone possesses of opening the gate of heaven to the children of men, and of extending to them the golden scepter of His mercy and forgiving love.  To me, O Key of David, unworthy though I am, open in Thy mercy the door of heaven; stretch out to me, all undeserving, the scepter of Thy favor and Thy love. 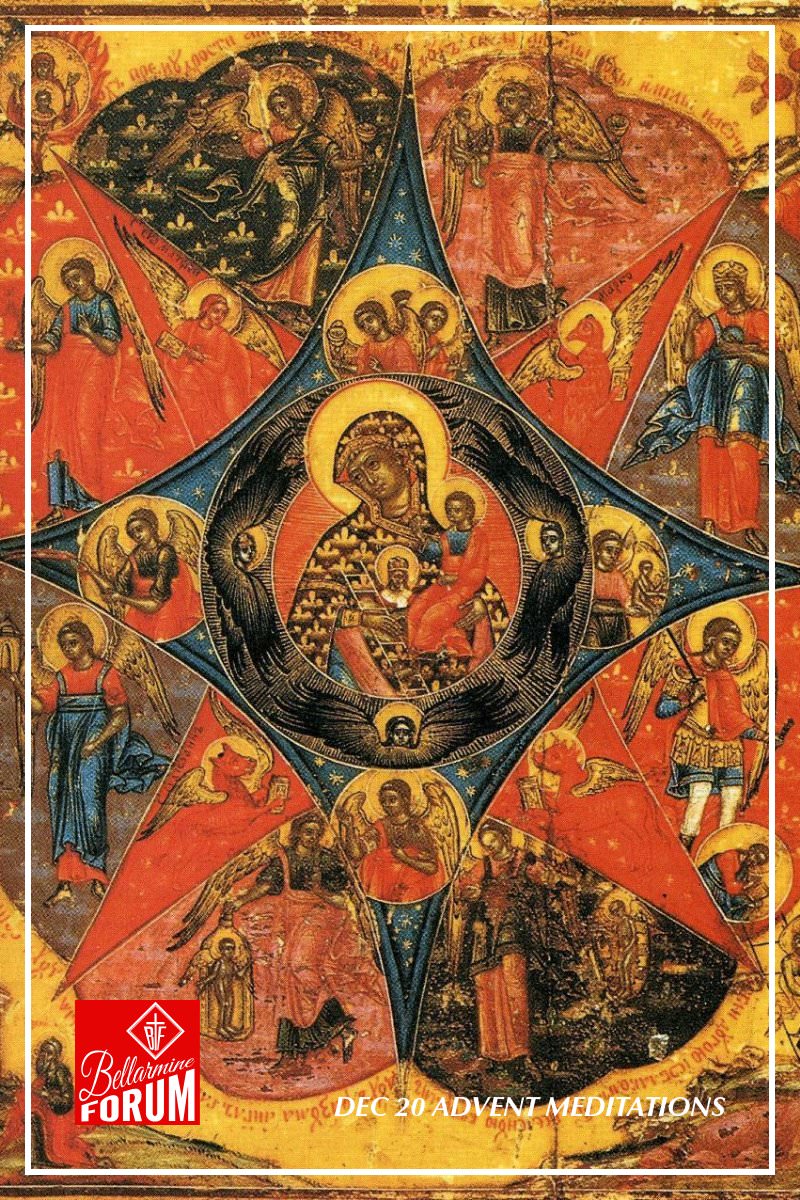 Mary as unburnt bush, child Jesus in her lap, and she is surrounded by good angels at every angle with radiant spokes and depictions of biblical events at other angles.

1.  There was a time when sin was unknown in God’s universe.  All creatures obeyed Him and were happy and at peace.  Thousands and tens of thousands of holy angels showed forth the glory of God by their joyful obedience.  Created in a state of supernatural grace they were each in his own degree full of wisdom, of perfect beauty.

2.  Their trial during their time of probation consisted in having to acknowledge their dependence on, and their subjection to, God.  The larger number of them did so in a spirit of loyal and unwavering obedience.  But a third portion of them, led by Lucifer, refused to obey.  They conceived an inordinate love of themselves, and from this arose a desire to be independent with God.  They would not humble themselves, they considered it unworthy of them that they should submit to the will of God in all things.  Thus pride grew up within them; and they deliberately placed themselves in opposition to God.

3.  This open rebellion to God lasted but a moment.  In an instant all their supernatural beauty was gone, the malice of their souls corrupted their whole being.  All their beauty was turned to loathsome foulness.  Cast out of God’s heaven, they were hurled down to the lowest hell; outcasts to all eternity, filled with eternal misery and despair.  And all this the effect of one sin, and that a sin of thought!

Beg of God an appreciation of the unspeakable evil of sin.

This article, Day 24 (Dec 20) O Clavis David & The First Sin (Advent Meditation) is a post from The Bellarmine Forum.
https://bellarmineforum.org/devotional/the-catholic-daily/advent-short-meditations-and-the-great-truths/day-24-dec-20-o-clavis-david-the-first-sin-advent-meditation/
Do not repost the entire article without written permission. Reasonable excerpts may be reposted so long as it is linked to this page.