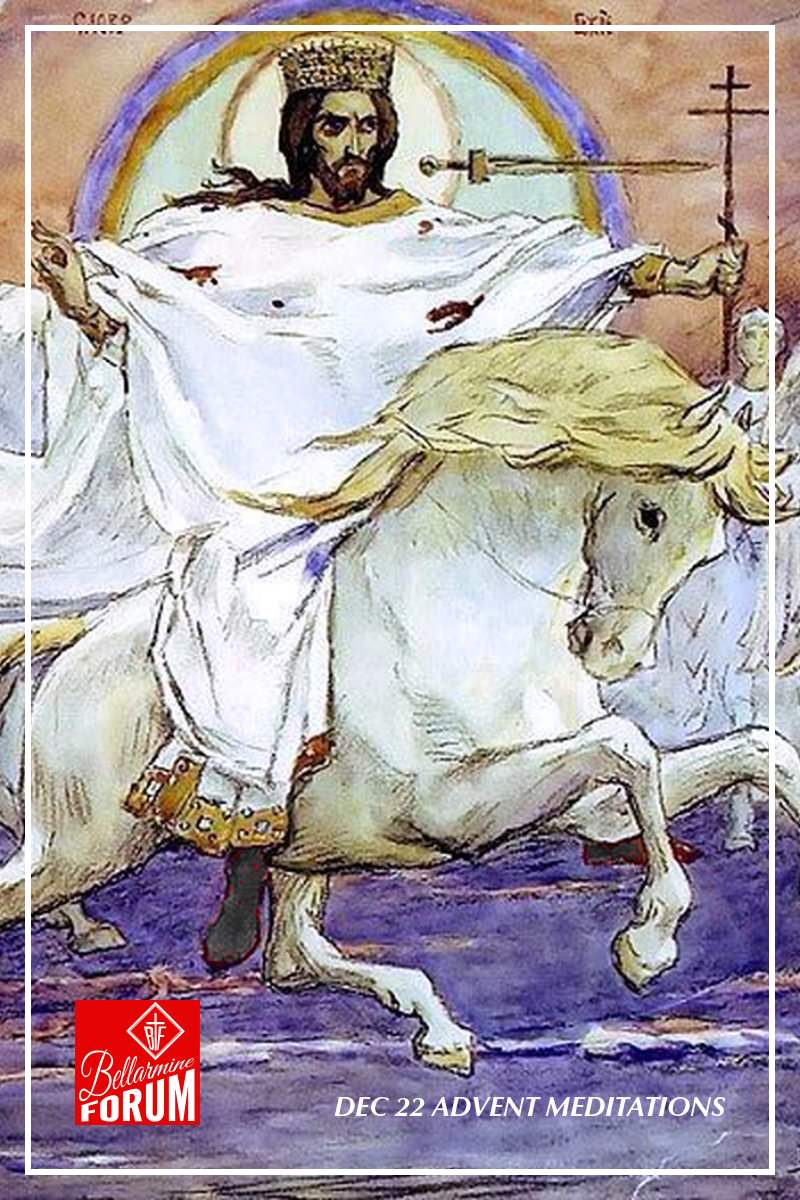 Christ as King riding a white stallion with the sword of His word proceeding from his mouth.

“O King of the nations and desired of them, and the Corner-stone that maketh both one, come and save man, whom Thou didst form of dust.”

2.  Christ was desired by all nations, long before they knew Him Whom they desired.  The heathen world felt a craving want, which it could not define, but which was the desire for the Saviour Who should free them from the bondage of sin.  So now men of good-will outside the Church feel something of the same strange longing.  Nothing will satisfy it save submission to their King by union with His mystical body, the Church of God.  Oh, how happy am I, whose desires are fulfilled in that I am no alien, but a servant of that King Whom to serve is my own desire!

3.  Christ is the Corner-stone that maketh both one; the King of peace, Whose work it is to unite together those who love Him in the unity of mutual love of one another for His sake.  Thus He desires that I should be united to those around me, that there should be no dissension or disunion.  Do I in this fulfill the pleasure of my King?

The Temporal Consequences of Adam’s Sin

No sooner had this first sin been consummated than a blight fell upon the world.  It had become the devil’s empire, for he had made Adam its king, his slave.  What are the consequences to the inhabitants of the world?

1.  Adam and Eve were cast out of Paradise never again to enter.  Their peace was gone, there was confusion within them, concupiscence fought against reason.  Pain and sorrow came upon them; and disease, and death.  For nine hundred years they toiled painfully in weariness upon the earth, and after their death had to wait three thousand years more before they were admitted to the heavenly Paradise.  And all for one sin!

2.  The effects of their sin were not limited to themselves alone.  All their descendants inherited from them an inheritance of woe.  All the wars, famines, pestilences, all the broken hearts, all the wretched lives of millions, had their source in this one sin.  How almost infinite the consequences of sin are!  Yet I think so little of my sins, and of the punishment that I shall have to pay for them.

3.  If we would behold the full malice of Adam’s sin, we must stand beneath the cross, and watch our God dying in unutterable anguish.  It was sin that nailed Him to the cross.  It was sin that forced from Him His agonizing cry: “My God, why hast Thou forsaken Me ?”

Pray for a horror of sin corresponding to its intensity of evil. 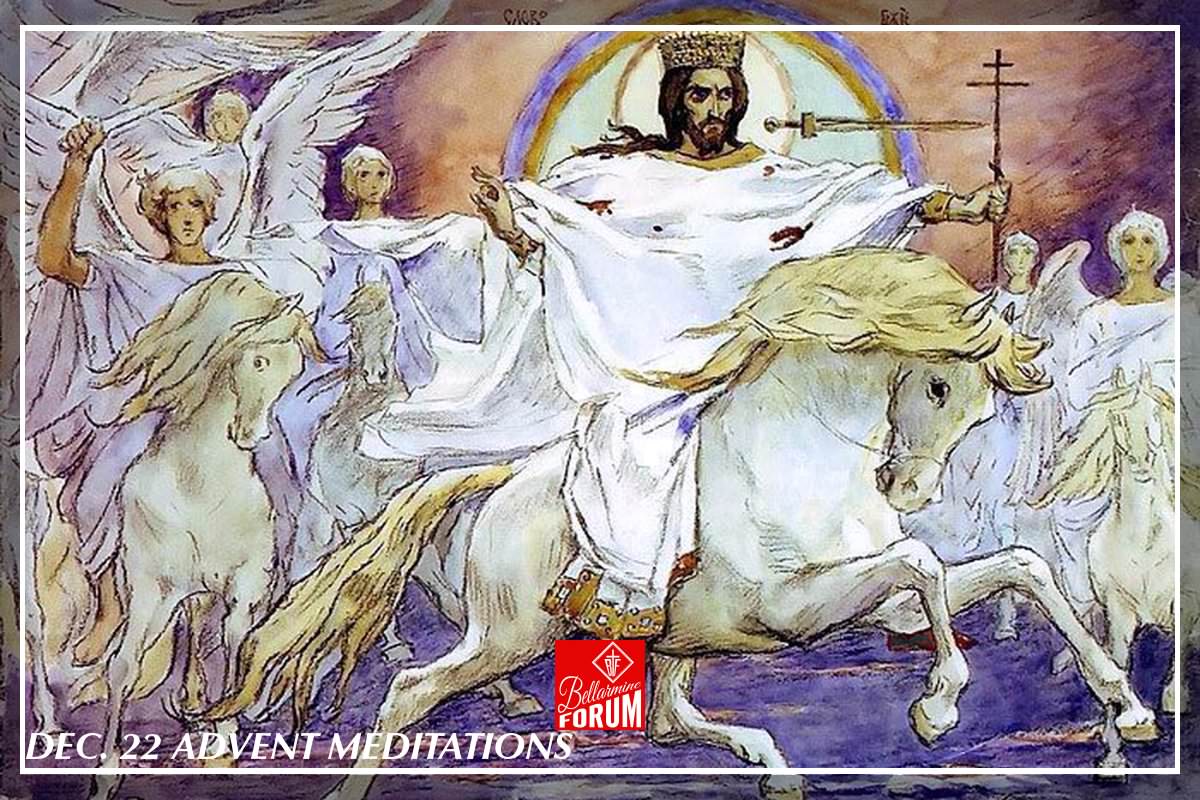 Christ Our King rides a white stallion with a cohort of mounted angels, wounds from His crucifixion apparent and the Cross in His hand.

This article, Day 26 (Dec 22) O Rex Gentium & The Temporal Consequences of Adam’s Sin (Advent Meditation) is a post from The Bellarmine Forum.
https://bellarmineforum.org/devotional/the-catholic-daily/advent-short-meditations-and-the-great-truths/day-26-dec-22-o-rex-gentium-the-temporal-consequences-of-adams-sin-advent-meditation/
Do not repost the entire article without written permission. Reasonable excerpts may be reposted so long as it is linked to this page.