The Shedding of Jesus’ Blood at His Circumcision.

1.  On the eighth day after the birth of a Jewish boy the ceremony of circumcision took place, according to God’s covenant with Abraham.  Was this cleansing rite to be performed in the case of the Son of God?  Yes; He had come to suffer and to shed His blood for us, and on the very octave of His birth, Mary and Joseph had to recognize that God laid on Him the iniquity of us all.

3.  Hard by, Mary was bathed in tears of anguish.  Now for the first time Jesus was enduring the cruel smart which all His life long was to be His lot at the hands of His own creatures.  If only she could bear the pain for Him!  How the sight of His tears pierced her heart!  All this St. Joseph witnessed, and his sorrow at the bitter sufferings of Jesus was intensified by his sorrow at Mary’s bitter grief.  If Joseph thus sorrowed, how much more should I, who have so constantly by my sins added to the pangs suffered by the Son of God! 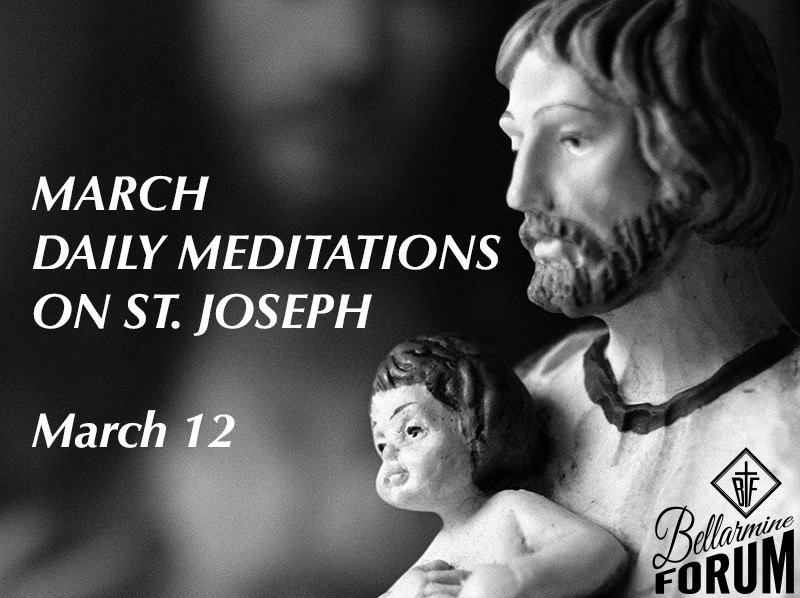 This image is a picture of St. Joseph holding baby Jesus with an image of the Sacred Heart in the background.

This article, March 12th — St. Joseph’s Third Sorrow. is a post from The Bellarmine Forum.
https://bellarmineforum.org/devotional/the-catholic-daily/march-month-st-joseph/march-12th-st-josephs-third-sorrow/
Do not repost the entire article without written permission. Reasonable excerpts may be reposted so long as it is linked to this page.