The Way to Peace, Unity, and Solving Current Problems

“Your hurtful lies are given out, Can’t stop the killing idea, If it’s hunting season, Is this what you want? The rain will kill us all.” Slipknot, Psychosocial.

There’s a lot of division lately. A decline in civility. Turn on the news and you’ll see the latest violent protests on the streets, conflict in Congress, decisiveness between parties of different thought, division between the left and right, wars, and killing in the name of an idea.

“Is this what you want?”

There is only one way to stop the polarity, create peace, and offer real solutions to real-world problems. It’s not by putting faith in Government, or anarchy, or adhering to leftist or right-wing principles. Current problems won’t get solved by placing faith in the earthly trinity: Hollywood-Politicians-News Media.

It’s by putting faith in the Heavenly Trinity and (1) loving Jesus Christ with all your heart, mind, body and soul, and (2) loving your neighbor as yourself. Already, those who disdain religion or are apathetic to its importance in life just snickered. Yet, problems won’t get solved and we will continue down the same road unless true repentance and love of God and neighbor occur.

I presuppose there’s a God. There are too many proofs for God’s existence to go through here. If anything, Pascal’s wager is applied: place your bet on the existence of God, because even if you’re wrong, by doing so you lead a good life as a citizen, but if you’re right you get eternal life.

There’s a God, so the question becomes: is Jesus His Son?

In order for non-believers to love Jesus and believers to act according to their profession of faith, they must first believe Jesus is the Son of God. The following hopefully creates or strengthens belief.

Second, the Son of God and Messiah becoming man was predicted by prophets and scholars. Jesus fulfilled the predictions. Many in history claimed to be God, a messenger from God, or a spiritual leader (Mohammed, Buddha, Lao-tze, Jesus, Gandhi, Confucius). The coming of the Christ, the Messiah, was foretold and pre-announced. Mohammed’s and Buddha’s birth and purpose were not pre-announced, and then subsequently fulfilled. The Christ’s was, and Jesus fulfilled it. Searching the Messianic currents in the Old Testament and comparing it with the life of Jesus reveals that there is little to no doubt that Jesus is the Christ.

It’s true that not everyone who studies the Old Testament believes this, but doubt is not a disqualifier. Jesus is set apart from all other religious founders. The virgin birth of a Messiah from the house of Judea in the Messianic lineage, who was to suffer, save his people, and establish a kingdom of the House of David, all came to a head in Jesus. He divided the world into two periods and into two parts. One part being that many will not believe he is the Messiah and Savior who established His kingdom, and as a result will not experience true peace and love. The other part is that some will believe he is the Son of God and will experience true peace and love. No other person promises salvation, love, and the fulfillment of God’s promises than Jesus.

Loving One’s Neighbor as Oneself.

Belief in and love of Jesus necessarily results in serving others. Love is willing the good of another person, and laying down one’s life for another. One cannot truly believe in Jesus, love Jesus, and NOT serve others. Jesus says so throughout the Gospels. His Apostles, disciples, Saints, and church demand it in action and deed. St. Francis of Assisi said act, then speak.

Who are our neighbors? Everyone. Including enemies.

It’s true that people who don’t believe in Jesus can chose to serve and love others. There are plenty of people of other faiths and nonbelievers who help people. On a collective and individual basis, however, true peace and true love is only achievable through Jesus. Here’s why:

Jesus’ teachings are unlike others. For example, Jesus’ teachings compared to Mohammed’s are starkly different because Jesus’ was based on love. Compared to Buddha, they offer true detachment of self to love others because God is the center and our actions have eternal consequences. Natural rights have no long-lasting foundation in humanism but rooted in the Incarnation they offer true freedom. Jesus offers eternal life and as King of Man, He gave an example of the Way to eternal life: give, bleed, and die for others.  No other spiritual leader or prophet did this. No one else hung on a cross for all of humanity, resulting in a Roman pagan soldier proclaiming that Jesus was the Son of God.

“The rain will kill us all.”

Unless we adhere to truth, to the way, and to the person who gives everlasting life, then true change won’t occur. Not in our workplace, not how we treat and view others, not in politics, not in social media, and not in [insert here]. Jesus said he is the Truth, not that He is conformity. We cannot conform to the fleeting ideas of the age and expect change for the better to occur. It won’t happen. Conforming to the truth, however, will.

That’s the question Pontius Pilate asked to Jesus. That’s the philosophical question that most ask today. Looking to Jesus through His established church discovers truth in faith and morals. Applying these teachings to our daily life is a start. So is daily prayer, Scripture reading, and small acts of charity to our neighbor. Everything we do can turn into a virtuous act by “offering it up.” I’m not naïve; the tax code may not get solved, but by esteeming to sainthood, the circumstance around us will.

Belief and love, however, demand submission and obedience. Obedience to God through his Son’s church creates civility in debate on what laws should be enacted to reflect the Divine, what policies need enacted to reflect loving our neighbor, and how we should conduct ourselves as citizens. How we behave should imitate Jesus. Not everyone, though, agrees with God’s laws, or wants to change their ways. This is especially true when it comes to sinful pleasures. Christians are no exception.

Many who say they believe Jesus is the Son of God don’t obey Him. Christians have not always set the best example. Christians are at fault for many of the unjust laws, wars, cruel treatment of neighbors, selfishness, and setting a bad example of fatherhood (or motherhood) and being a husband (or wife). Some don’t go to church, read Scripture, pray, or obey the commandments. Some would rather be devoted to a political party, world leader, or monetary good than to God, excusing sinful actions. Then, Christians marvel at why there is evil in the world.

This is not a judgement on anyone, but an observation. Of all people, I need grace to change. The point is we all need to apply love of God and neighbor to our daily life. One cannot love Jesus and NOT serve others. The net is wide: the unborn, the refugee, the individual on the left or right (politically and literally), the poor, outcasts, and those whose lifestyle we dislike.

Fulton Sheen said, “If you don’t behave as you believe, you will end by believing as you behave.” Many believers discriminate, hate, unjustly kill, segregate, lie, cheat, exploit, use others, or gossip. All of which contributes to the festering atmosphere we currently live in. This is the rain that will kill us all.

Jesus did not come to abolish the law of the Jews, but to fulfill it and in doing so gave new laws: The law of love and the beatitudes. Let’s love Jesus and our neighbor and see true, positive change in the world. 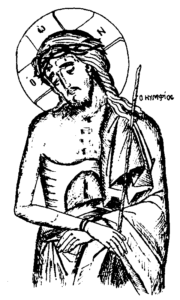 This article, The Way to Peace, Unity, and Solving Current Problems is a post from The Bellarmine Forum.
https://bellarmineforum.org/way-peace-unity-solving-current-problems/
Do not repost the entire article without written permission. Reasonable excerpts may be reposted so long as it is linked to this page.