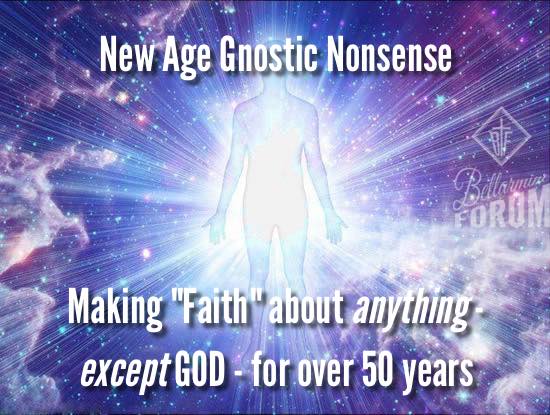 At the “Progressive Christian Channel” of patheos.com, Diana Butler Bass’ bio describes herself as an author who regularly comments on religion, politics, and culture in the mainstream media.

Among her opus is a 5-session “study” that was co-written with Tim Scorer, “Embracing Spiritual Awakening: Diana Butler Bass on the Dynamics of Experimental Faith.”

As one might imagine, Bass’s “protestant” lens hasn’t much to attract Catholics, but there is a notable exception. The Ecumenical Institute for Ministry, which is used by the Archdiocese of Santa Fe to provide part of its adult faith formation1, recently offered an afternoon showing of DVD segments of the study. Held at Our Lady of the Most Holy Rosary Catholic Church, participants were invited to “experience a Saturday discussing and exploring Diana Butler Bass as she leads us into questions of religion and spirituality in today’s world.”2

Regardless of whether one agrees with this use of terms, it is clear that the purpose of this study is to explore broad, societal change. “Creeds” and “dogmas” are defined as “conventional religious” concerns; “experience,” “reason,” “relationship,” and “community” are spiritual concerns.

“As Christianity moves out from this point in North America,” the handbook says, having just the demographic shift from a Christian-based population to one that is far more diverse, “it will have to be conversant with ‘spiritual but not religious’ as well as religious and racial pluralism. Those in the traditional Protestant-Catholic complex are going to have to figure out how to remake faith in this context.” 3 [emphasis added]

It’s quite a leap from becoming “conversant” in the spiritual beliefs of other people to “remaking faith,” as if all “faith” is a human construct. Can a believer really think that way?

The handbook continues to push the notion of a spirituality that severs “organized matters of faith” – focused on “buildings, creeds, [and] rule books” – from the experience of “wonder” and “transcendence.” (p. 23) Participants are told: “Traditionally religious groups are overly focused on the rules to the detriment of Spirit.” (p. 24)

What an interesting, dogmatic statement!

Unfortunately, by eschewing “traditional religion”, Bass is limited to her own experiences (or, perhaps, to the very small circle of fellow-travelers with whom she interacts) and intellect. As even the simplest animist will explain, there are many “spirits” and not all are benevolent. The relationship to which “spirit” is harmed by traditional religion?

Channeling Spirits Other than the Holy Spirit

As it was the Holy Spirit Who founded the Church, we can be assured that there is a clear path through the Church to that Spirit. Therefore, the “spirit” Bass evokes must be another entity.
A closing prayer – if that is the right term – for the first session has participants chant responsively. Among other things, they say:

One: Presence of Possibilities,
All: Awaken us to your creativity within.

One: Presence of Life Emerging,
All: Awaken us to all that is becoming.

Spoken to the Holy Spirit, these are reasonable requests. Spoken to any other spirit, they are dangerous.

Session 2 introduces several “reflective activities” designed “to open your mind.”(p.33) Participants are discouraged from saying “this is what Christians are supposed to believe” – just repeating Church teaching, but “this is how I have experienced belief over my life,” explaining that “our belief changes over time.”

While there is a way to understand personal spiritual experiences and, in evangelizing, the telling of that experience can be compelling, “what Christians believe” is a fact, much like arithmetic. Personal experience of “two” doesn’t change what “two” expresses or how “two” relates to “three.” Tossing out “dogmatic” understanding of what distinguishes “two” from other numbers doesn’t make mathematics easier or more interesting; it cripples our ability to utilize its truth.

Failure to respect the laws of mathematics has consequences. Tossing out “what Christians believe” for mere personal spiritual experience is spiritually suicidal. 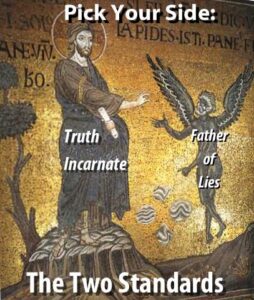 The Awakening study tells us that: “The tradition of Christianity always changes.” (p. 36) It tells is that people don’t want to know what we believe, they “want to hear you say that you don’t know.” (p. 41) It tells us that “our belief changes over time” (p. 43) and that hardly any of the saints “followed the rules. They all departed from what the rules of their own time were, in their pursuit of the radical practice of the life of Jesus in their world.” (p. 49)

At best, these are highly confounding statements. Having no distinction between Divine Tradition (e.g., the written scriptures) and human traditions (e.g., a Christmas tree), the Awakening study seems to throw everything up for grabs.

You Will Know them by their Fruits

The Living Church, rooted in Divine Tradition – including its creed and dogma – lays the foundation for an intimacy with and a security in God that exceeds any transcendent “wonder” to be experienced without it. Nowhere is this seen better than in an ecumenical hagiography4 to which the reader is directed.

Some of the people considered here were indeed saints, as we understand the term. Others – without making judgment on their immortal destiny – did not lead Christian, let alone edifying – lives.

To whatever “spirituality” the culture is invited to awake, it isn’t a Christian spirituality.

Nor does the study propose a Christian moral understanding. The Awakening study creates the fiction of a “conventional church focused on a list of do’s and don’ts that fail to connect to the questions of existence today.” (p. 54) It condescendingly teaches that “having rules can make life easier because you don’t have to make choices…[that] take all the pleasure of having to think and be creative” (p. 57) as if choosing to obey “thou shalt not kill” is less of choice than disobeying; as if lying is more pleasurable and creative than speaking truth.

What Bass is actually proposing is nothing more or less than relativism’s cruel tyranny. The “awakening” culture looks a hell of a lot like the existential nausea of the past 100 years in which a “faith communities” no longer have “one set of rules that could be applied to the world as it is now [but] every situation is different…” (p. 54)

In this new worldview, “church” is a great place for fellowship and hospitality – and, therefore it’s not terribly important to which “church” one belongs: “People are creating new kinds of communities. These communities are very powerful in creating self-identity, but they are different from the traditional kind of labeled communities that we know. This makes it kind of scary for people in the traditional communities who would like their kids to become, for example, Roman Catholic.”(p. 71)

Rather than concern about passing the truth on to one’s children – and, as Pontius Pilate shrugged at Jesus, “what is truth?” – the Roman Catholic is expected to accept new ways that people have of “affiliating.” The old, exclusive ways, where the Methodist couldn’t be in her Catholic friend’s wedding party, are “religious boundaries” that we “need to be challenged to change.”(p 72) Blessing same-sex unions and “opening the door and saying we’re going to be a community where we’re allowing the possibility of a big range of relationships that will inevitably challenge us” (p. 75) is next.

How is this going to end? In the fifth study session, the handbook considers about “where we are heading in this rime of dramatic awakening.” (p. 82) There are lots of groups activities for this time – “holy” conversations, “accompanying one another in the reconfiguring of our familiar frameworks of meaning,” anticipating and initiating “innovative and provocative ideas”(p. 83) – but God is relegated to whatever is found within the within “the context of life experience.”

That’s too small a space. It isn’t that God can’t be found there but that He can’t be limited to there. This “awakening” isn’t something larger than the religion God established through Abraham, Isaac, and Jacob, through His Son, Jesus, and through the Apostles He sent across the face of the earth. It’s smaller – a box or a trap. “Experimental faith” (p. 87) is the many-dimensional mirror of Hell that reflects nothing more than self.

This “experimental faith” has been tried before. For all the “chairs” at this “ecumenical” table, there’s no room here for a religion – or a spirituality – that is fixed on God Who measures His creatures, rather than the other way round.

This article, Beware the “Experimental Faith” is a post from The Bellarmine Forum.
https://bellarmineforum.org/beware-the-experimental-faith/
Do not repost the entire article without written permission. Reasonable excerpts may be reposted so long as it is linked to this page.