Can You Think Yourself into a New Gender, Race, or Nationality?

In the era of Neopaganism identified by Fr. Hardon, where each man worships himself as god, there must be a lie to convince them that they are. We’ve heard “Think and Grow Rich,” but Dustin Murphy asks what it means to “Think and be whatever you want”. He answers the question of who is supporting the delusion… 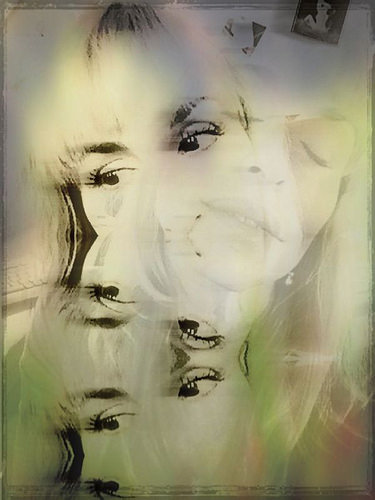 Gender identity, commonly known as transgender, is premised on a belief that a person can select their gender because there is a distinction between sex and gender. Sex is the biological construct we are born into, while gender is the social construct we can choose. Sex, genes, and chromosomes are biologically defined, while gender is an individual’s psychological process to self-identity. This self-identification becomes the norm once society accepts their identity. Approving the sex/gender distinction as a scientific or psychological fact, or at least an acceptable social construct, results in equating self-identification with a “right.” A right to identify with a gender regardless the sex. The next step is requiring formulating law to protect this right. We see this in the recent “bathroom” law in North Carolina.

North Carolina passed a law that states, essentially, that use of public bathrooms is based on a person’s biological sex. Businesses and Hollywood reacted, saying it discriminates against those who are transgender. The law, they argue, must protect those who self-identify with a gender; biology has no role.

Not everyone identifies with just gender, though. Some identify with race or nationality. For example, some identify with being black (Rachael Dozeal) or Native American (Senator Elizabeth Warren). There was Internet gossip that Barack Obama identified with being Indonesian while attending Occidental College. President Obama has not released his college transcripts so this article cannot confirm or deny this.

If it is true that a person can identify with a gender not of his biological birth, a person can identify with a race or nationality not of his biological birth. Moreover, if society and the law protect those who are transgender, then society and the law must protect those who are transracial and transnational; they must be afforded the same rights and benefits under the law of that race and nationality. The Civil Service Reform Act of 1978 (CSRA), as amended, protects federal government applicants against sexual orientation and gender identity discrimination.1  Further, the Federal Government protects transgender Federal employees against discrimination, requiring the workplace to make accommodations for those transitioning.2

Any state that does not include transracial or transnational protection in their equal protection statutes is discriminating. Businesses and Hollywood must not conduct business in all 50 states, like North Carolina, until laws are changed. The blanket of equal protection cannot cover only gender identity; it must also protect racial and nationality identity. A person can apply to colleges and receive scholarships and affirmative action admission for the race or nationality identified with. A person who identifies as Native American can receive all the Federal rights afforded to being Native American.

Descartes said, “I think, therefore I am.” Modern liberalism and philosophical psychology transformed this to, “I think I am female/male, therefore I am.” Biology in everything else is a strongly held medical or scientific belief, except in sex and gender. Chromosomes do not dictate what a human is, self-identity does. Anyone who accepts this proposition must accept a social construct of laws that protect all self-identifications, not just gender.

Editor’s note:  Indeed, if they think they are god, then it’s not much less to think themselves different and live in their own reality in their own mind. The rub here is that society has become the “Great Enabler” of this dysfunction.

This article, Can You Think Yourself into a New Gender, Race, or Nationality? is a post from The Bellarmine Forum.
https://bellarmineforum.org/can-you-think-yourself-into-a-new-gender-race-or-nationality/
Do not repost the entire article without written permission. Reasonable excerpts may be reposted so long as it is linked to this page.