Catholic Education Daily recently broke the news that The Bill and Melinda Gates Foundation – criticized in pro-life circles for its “family planning” grant program encouraging the use of contraceptives in developing countries – paid the National Catholic Educational Association (NCEA) more than $100,000 to support teacher training and materials on implementing the Common Core school standards.

In addition, the Gates Foundation has given money to DePaul University for Leading with Algebra, “a partnership between DePaul and the Chicago Public Schools to support the implementation of the Common Core State Standards for Mathematics in algebra for grades 6-8.” It has also awarded the Cristo Rey Network to implement Common Core in the nationwide network of Catholic schools.[i]

Other groups have benefited from the foundation as well: “The Gates Foundation since January 2008 has awarded more than $35 million to the Council of Chief School Officers and the National Governors Association Center for Best Practices, the two main organizations charged with drafting and promoting common standards. …Achieve, Inc., a Washington, D.C.-based education-reform organization, received $12.6 million from the Gates Foundation in February 2008, according to data provided to the Washington Post by the foundation. The Fordham Institute has accepted more than $1.4 million from the Gates Foundation, including nearly $960,000 to conduct Common Core reviews.”[iii] 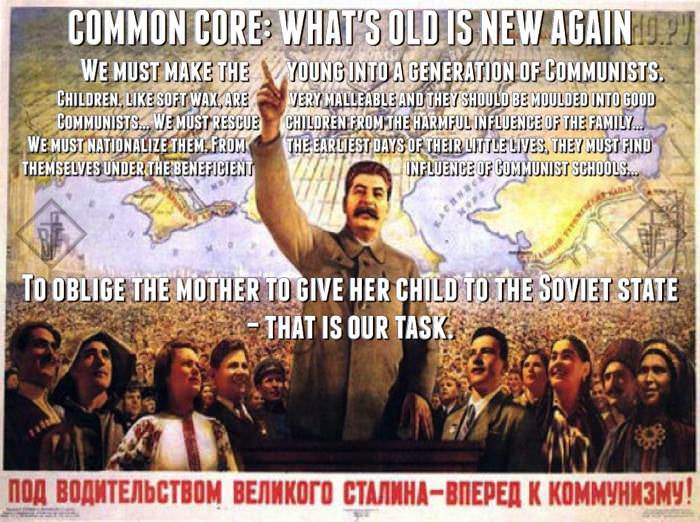 But what does Common Core have that the Gates Foundation thinks Catholics need?

In the lengthy list that researcher Betsy Kraus has compiled of the particular dangers Common Core poses for Catholic school children, there are three that may address this question. They are:

Working backwards through this list, the Gates Foundation’s interest in population control is a matter of public record. “The Gates Foundation has been so successful in their family planning initiatives that the United Nations Population Fund (UNFPA) awarded their annual Population Award in 2010 to the Foundation.”[v]

Catholics, as an institutional body, have proved resiliently unmoved by population control arguments. The clever videos produced by the Population Research Institute present Catholic thought on this issue in a particularly accessible manner. [vi]

And what, precisely, are the components within Common Core that promote acceptance of population control?

Hold on to that question while you consider the second danger mentioned above from Kraus’ list, namely the collection of health and personal information on school children and their families that is stored in “data banks.” As part of the American Recovery and Reinvestment Act of 2009 (an continued in the 2011 budget), which set aside over $100 billion for education reform, $4 billion was used specifically to encourage states to implement various educational policies, such complying with Common Core standards and building data systems.

“Robust Data Gives Us the Roadmap to Reform,” is the title of Secretary Arne Duncan’s address to the Fourth Annual Institute of Education Sciences Research Conference in 2009. “In addition to $250 million in the Recovery Act for statewide data systems, we have requested nearly $690 million for IES’ activities, an increase of more than $70 million from last year’s budget. Among other things, that money will pay for a longitudinal study of teachers and an international assessment of adult competencies. We will also launch a national survey to examine the participation of our youngest learners in preschool as well as the levels of parent and family involvement in education.”[viii]

Lest one gather from this that all the data collected is purely academic, digging deeper uncovers that there are behavioral and health elements, too. Judy Willis, a neurologist and teacher who is an advocate of Common Core, writes: “The CCSS [Common Core State Standards] goals support cognitive actions that are the executive functions for a global economy,” writes Dr. Willis. “We cannot let this educational goal be subverted through the challenges posed by the tests themselves or how they are used.” There will be a new group of high-risk students: “Previous high achievers are showing fight/flight/freeze stress responses when tested with single-response questions.” “[T]eachers describe profound emotional reactions including anger, hostility, retribution (such as false accusations of teacher misconduct) and more subtle but equally disturbing behavioral changes of withdrawn participation and effort, depression, and more sick-day absences.” [ix]

Children’s reactions must be carefully monitored and assessed. 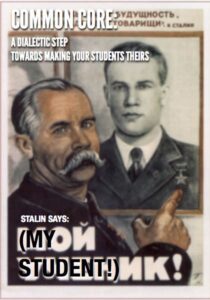 Not only are these remarkably invasive goals for a school, they presume a set of values, which in public schools has been at a profound variance with Catholic thought. Proposed National Sexuality Education Standards, designed to be incorporated into the national health standards, are a stunning example of that, whose advisory committee includes representatives of Planned Parenthood and the Gay, Lesbian and Straight Education Network. Here we find that “students need opportunities to engage in cooperative and active learning strategies, and sufficient time must be allocated for students to practice skills relating to sexuality education” and “need multiple opportunities and a variety of assessment strategies to determine their achievement of the sexuality education standards and performance.”[xi]

As this article is being prepared, there is proposed Senate Bill (SB 374) titled, “An Act Requiring Behavioral Health Assessments for Children,” that would mandate every public school student in grades 6, 8, 10 and 12 and each home-schooled child at ages 12, 14 and 17 “to have a confidential behavioral health assessment, the results of which shall be disclosed only to the child’s parent or guardian, and (2) each health care provider performing a child’s behavioral health assessment to complete the appropriate form supplied by the State Board of Education verifying that the child has received the assessment.” It is not suggested that this information is to be, at the present time, part of the school’s data collection but the act of mandating such assessments is already a remarkably intrusive step.

The last danger to Catholic school children from Common Core under consideration here is its systematic approach to changing a student’s values. Curriculum, it has been said, follows assessment. If assessments mandate behaviors (demonstrations), then Common Core-supportive curricula must include techniques to ensure behavioral change. “For the children to pass the assessments, won’t the teacher have to employ the same public school behavioral techniques and computer technology to achieve the proper psychological adjustment of the child? The attitudinal adjustment of the child is embedded in the curriculum, in order to conform to the constant computer mini-assessments and tests.”[xii]

The “big money” pouring into Catholic schools to support Common Core, therefore, isn’t to improve academic achievement but to create a “new” citizen with the “right” values. Catholics, with their counter-cultural beliefs, evidently need a bit more fiscal infusion to move parochial education into lockstep with the world. But…we’re getting there.

This article, Common Core and Catholic Education is a post from The Bellarmine Forum.
https://bellarmineforum.org/common-core-and-catholic-education/
Do not repost the entire article without written permission. Reasonable excerpts may be reposted so long as it is linked to this page.