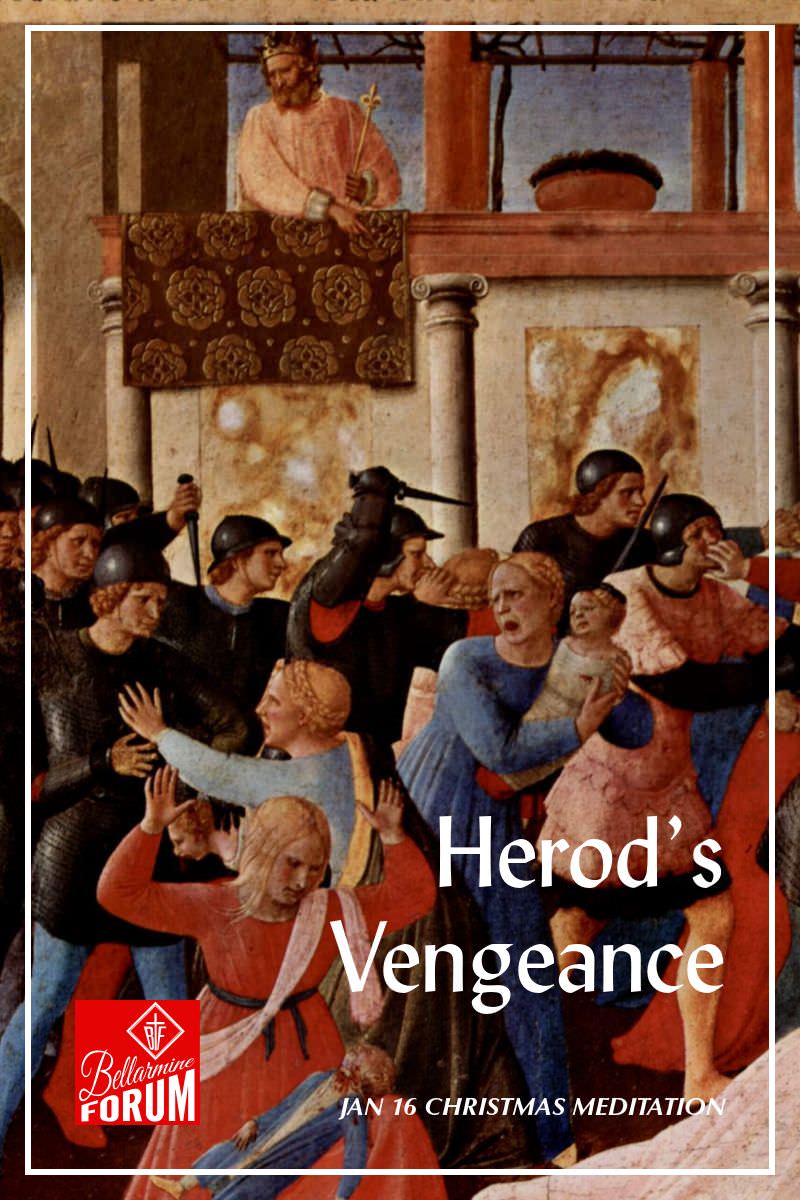 1.  When Herod found that the Magi did not return with the information respecting the King Whom they were seeking, he became uneasy.  The plan he had cunningly devised had come to naught; the rival Monarch seemed likely to escape his hands.  One day perhaps he or his children would be dethroned by Him.  O empty fears!  That little Child seeks no worldly honor; He will not interfere with any earthly monarch.  The secret fear that destroys the peace of unscrupulous men is often as empty as Herod’s.  The terrors they suffer are the just rewards of their evil deeds.  How often I have been anxious and troubled because my pride could not brook being humbled!

2.  But Herod was utterly unscrupulous as well as ambitious.  There was one way in which he could secure his end.  By putting to death all the young children in the country round Bethlehem, he would compass the death of this royal Child Who threatened his safety.  Pride and ambition not only blind men, but make them utterly indifferent to the sufferings of others and the laws of right and wrong.  I, too, have often recklessly made others suffer to gratify myself and carry out my own selfish ends.

3.  When Herod came to die, how awful must have been the terrors of his guilty conscience!  The blood of those children slaughtered at his command had long cried out to Heaven for vengeance.  Each one of them added to his remorse and eternal misery in hell.  If evil men could foresee the consequences to themselves of the sins they commit, they would dread sin, even venial sin, far more than any earthly misery they could suffer. 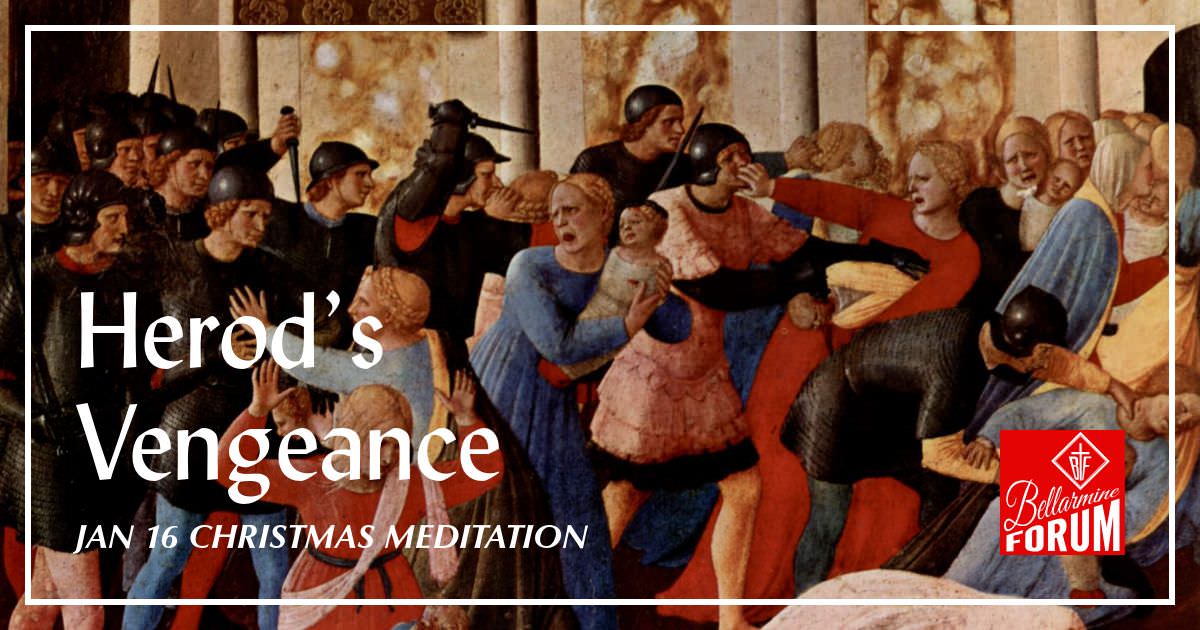 Mothers flew in terror as Herod’s soldiers rushed to slay their babies.

This article, Herod’s Vengeance – Christmas Meditation Day 23 (Jan 16) is a post from The Bellarmine Forum.
https://bellarmineforum.org/devotional/the-catholic-daily/christmastide-meditations/herods-vengeance-christmas-meditation-day-23-jan-16/
Do not repost the entire article without written permission. Reasonable excerpts may be reposted so long as it is linked to this page.