I admit it. I’m a decadent Roman. While I admire my friends of the Oriental Catholic persuasion who celebrate “Cheesefare Sunday” today in preparation for Lent (and have already whittled away their meat intake a week ago), I myself will hold out until Ash Wednesday to begin my fasting. Indeed, on this last Sunday before Lent, the burying of the “Alleluia” is the only privation I can handle–especially today, a day of feasting! 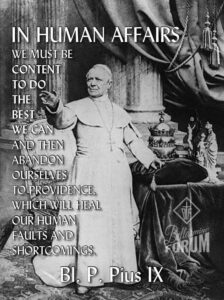 As Mardi Gras progresses among our friends in New Orleans, the rest of the country is also celebrating another uniquely American feast day–Super Bowl Sunday. Rather than dwell on the culture destroying aspects of the spectacle that is called half-time entertainment, I wish to dwell on the great American tradition of enjoying friends, family, games, feasting and beer. It’s doubly appropriate that we delay the discipline of Lent today because it is also the Feast of Blessed Pius IX.

There is no contradiction between the celebration of these two great feasts. To be sure there is a hierarchy of goods in human life–things more important than others; but it is precisely in the frivolous, the mundane, and in games that we can learn the highest and most important things. The eminent Fr. James Schall, S.J. put it well:

About the only thing I read carefully each day after breakfast is the sports page. That is almost the only place left in which you can still come to grips with the drama of life as most people live it. On sports pages we still find cheating to be cheating, we find glory in what is earned, we find corruption and repentance, honor and competence, vanity and genuine humility.

Watching the Super Bowl (or any sports contest) is–as Fr. Schall has observed in other places–something coming close to contemplation. Contemplation may be said to be the complete loss of self in another. How often have we been swept up in the drama of a game–forgetting ourselves or those around us and being completely lost in the action? Fr. Schall goes on to observe that

[s]tudents wonder why games fascinate them because they do. It is because they behold there something that need not exist, that could be otherwise, but which exists according to the rules, according to the drama of the game. We do not know how it will turn out. Our lives themselves are exactly like this if we think about it.

Super Bowl Sunday is also an opportunity–maybe an excuse–for making good food and having a good beer (be it a microbrew or macrobrew). Food and beer are two of the really great acts of ecumenism: where else can men and women, little children and teenagers, Protestants and Catholics, blue collar and white collar guys, liberals and conservatives come together for a common cause around a common table–generally a coffee table! Super Bowl food is generally also an indication of the perennial and lasting value of the natural law. The same Fr. Schall, in illustrating the natural law, has said that “certain things just go together, like bacon and eggs.”  So too, do certain foods on Super Bowl Sunday–such as the type Chicago columnist John Kass recommends; not kale or tofu. 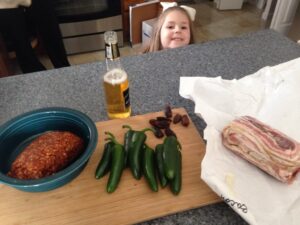 All of this brings me to the other great feast today, that of Blessed Pope Pius IX. I have previously written of my devotion and esteem for this great Pontiff. Besides being a staunch defender of the Church and her doctrine against Modernists of all stripes, I love the fact that Pius IX truly was the “pope of the common man.”  Far from the false portrayals of a power-mad and rampart-building pope, the “prisoner of the Vatican” was much beloved by the people of Rome and had a common touch that even his successor, Leo XIII did not. According to a scholar of 19th century Catholicism, David Deavel, Pius IX “knew every beggar in Rome, such was his love for the poor; the aristocratic Leo XIII didn’t even know the name of his footman!”  He was not beloved by the elites–the Cavours, the Garibaldis, and the political and social avante garde of his day. Indeed, I suspect that were he alive today, he would enjoy the festivities of Super Bowl Sunday if he were invited to the United States. He loved people and simple pleasures. Tonight after the game and before bed, the kids and I will pray to Blessed Pius IX, asking him especially to intercede for our pope, the Church, and the world; we will then reverently kiss his relics. It will be a fitting end to a great day! 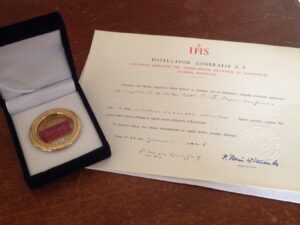 Now, I’m sure that the Jansenistic-types will frown at my supposed-capitulation to the zeitgeist of professional sports today. Indeed, the fun-killing, pseudo-pious types (who don’t believe in Santa Claus) will scold me for linking Blessed Pius IX with Super Bowl Sunday. Well, I suppose for such people there will be no persuasion. The best I can do is to say that this world is not all bad and the blessings of a loving Creator–chicken wings, jalepeno pepper treats, Miller Genuine Draft, games, Chicago Tribune columnists, Georgetown professors, families and saintly popes–are not in contradiction to our faith, but indeed are a very part of it.

This article, Feast Day Ramblings is a post from The Bellarmine Forum.
https://bellarmineforum.org/feast-day-ramblings/
Do not repost the entire article without written permission. Reasonable excerpts may be reposted so long as it is linked to this page.