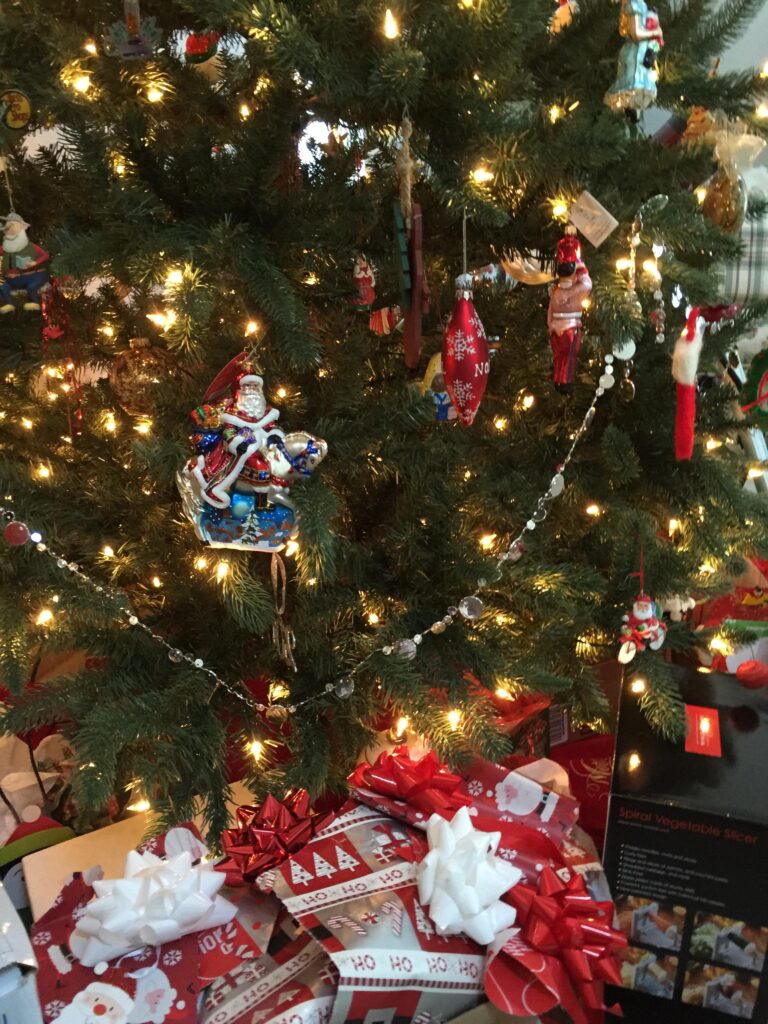 I’m always amazed at how effectively our society can put Christmas behind everyone before it’s even really started! Christmas began last week — it is still the octave of Christmas now, today. We live in an upside-down world, though:  they thought Christmas started the day after thanksgiving, and ended last week. That was advent. Today is Christmas! It’s an octave, and the season itself runs all the way to epiphany. We’re just getting started!

For the octave, each day is treated as a solemnity. It ends on January 1 — which on the traditional calendar is the feast of the Circumcision. On the new calendar, perhaps because people are embarrassed by the name of the old feast (we all know how “sensitive” modern feelings are), it is “Mary, Mother of God.”   The new feast seems to imply that the old one wasn’t a feast of Mary as well, but that’s neither here nor there. It is an octave because the Church seems to tell us (as She does with Easter):  one day is not enough! This is important! Your Saviour was born of Mary, became Man, and a lot of stuff happened, and you need to consider Him being spiritually born in you! You need more than a week to digest the meaning of this feast!

Here we are in the middle of this eight day feast, so I am going to pass along a few things about your Christmas decorations and what they mean (hopefully, yours are still up!). These quotes, of course, are from my trusty old Catechism, a copy of which is about ready to be put on this site (stay tuned). 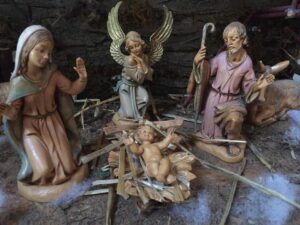 Christmas is about the three births of Jesus, traditionally it was the only day a priest had “the privilege of saying three Masses, which recall the threefold birth of Christ: the eternal birth from God the Father, the birth in time from the womb of Mary, and His spiritual birth in our hearts.”

Decorations have meaning beyond the apparent — despite what people would think in our hyper-commercialized society, the Christmas tree and the boxes of gifts mean something: “A crib is generally erected in most churches, a practice originated by St. Francis of Assisi. In many households there is kept up the custom of the Christmas-tree, a reminder of the fatal tree of paradise, and also of the tree of the cross. The Christmas-boxes recall to our minds the gifts of God the Father to mankind on this day.”

Then, you get a reminder from Mother Church, that following Jesus means taking up the cross in this life:

Immediately following Christmas are the feasts of St. Stephen, St. John, and the Holy Innocents, as though the Church would say: “If you would follow Christ, you must become a martyr like St. Stephen, if not to the shedding of blood, at least to the denial of self and the bearing of suffering. You must love God and your neighbor like St. John, and do works of mercy; and finally you must be like a child with God.” 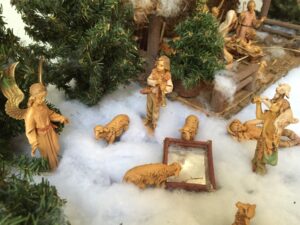 The angels told the shepherds the good news of the birth of Jesus!

The procession of Christmas, from the Nativity on the 25th, until the feast of the Presentation on February 2, is rooted in the events of the Gospel. Start with the shepherds receiving the good news from the angels, then the magi, and finally, the presentation.

The new-born Child is adored first by the shepherds and then by the Magi.

The shepherds were told by an angel of the birth of the Saviour (Luke ii. 9); the three kings were led to Him by a star (Matt. ii. 9). This star was something exceptional, for it had a proper motion of its own in the heavens; according to St. John Chrysostom, it may have been an angel, under the appearance of a star. Catherine Emmerich, in her revelations, says that this star had various aspects; at times it appeared as a child carrying a cross, or a woman with a child; again as a chalice with grapes and wheat ornamenting it, as a church, or forming the word Judea, etc. 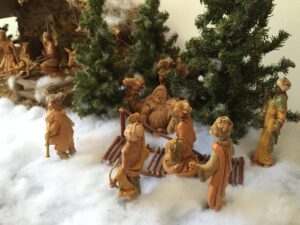 The Magi followed the star to find the Savior King.

St. Irenaaus remarks that the presents indicated their esteem of Him to Whom the three kings offered them. Gold, the symbol of homage, is offered to Him as King; incense, the symbol of prayer, because He is God; and myrrh, the symbol of mortification, because as Our Redeemer, He was to suffer. The Magi returned to their homes by another way, “to show us,” says St. Gregory the Great, “that if we wish to reach our true home in paradise we must forsake the path in which we have hitherto walked, and tread in the way of penance, obedience, and self-denial.” The shepherds represented the Jews and the poor; the three kings the Gentiles and the rich. The relics of the three kings were taken from the East to Cologne in 1162 by Barbarossa, and now repose in the Cathedral there. The feast of the three kings is held on the sixth of January. In many countries there still exists the custom of blessing on this day the water of the three kings, and the blessing of chalk and salt is not unusual. The initials of the names of the three kings are sometimes marked on the doors of houses to claim their patronage. This feast is called also the Epiphany, because in former times the birth of Christ, or appearance of Christ to mankind, was celebrated on this day. Hence, in the Greek Church the season of Advent is prolonged till the Epiphany. This day is also celebrated as the one on which Christ was baptized in the Jordan, and performed His first miracle at Cana.

When the Child was eight days old He was circumcised, and received the name Jesus (Luke ii. 21).

Jesus (in Hebrew Joshua or Josue) means Saviour. This name is, as St. Paul says, above all names (Phil. ii. 9), for it was chosen by God Himself and revealed to the Virgin Mary (Matt. i. 21). More over the holy name has great virtue; its invocation brings help in temptation and affliction; the powers of hell shrink from it (Mark xvi. 17). The name usually given by the prophets was Emmanuel, i.e., “God with us” (Is. vii. 14). The feast of the Circumcision on the first of January is also New Year’s Day. The Church would thus teach us to begin everything in the name of Jesus. Innocent XII., in 1691, was the first to order the practice of beginning the New Year on the first of January; previously it had been Christmas Day. It is a pious custom in many places to have a solemn thanksgiving service and to sing the Te Deum on the last day of the year, in thanksgiving for past favors.

When the Child was forty days old, He was presented in the Temple (Luke ii. 39).

Mary complied with the law of Moses (Lev. xii.), though, being free from sin, she needed no purification. The feast of the Purification is called also Candlemas; on that day candles are blessed, and carried in procession in memory of these words of holy Simeon calling Our Lord the “light for the revelation of the Gentiles” (Luke ii. 32).

Is your Christmas tree still up? Are you still working on understanding Christmas in your life? You should! Start with these thoughts! 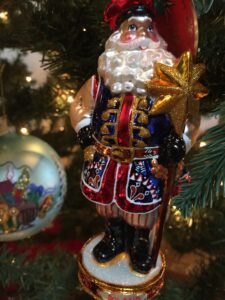 Traditional images of Christmas feature the elements of the Gospel account, such as the star leading to Jesus.

Don’t get suckered into the New Year’s resolution mess. You don’t need to waste your time on that now, after all, lent comes soon enough. Instead, consider what the birth of Jesus changes in your life. God changed the world by becoming man, and similarly, His birth changes your life. What does it mean for you?

This article, Forget New Years: It’s still Christmas! is a post from The Bellarmine Forum.
https://bellarmineforum.org/forget-new-years-its-still-christmas/
Do not repost the entire article without written permission. Reasonable excerpts may be reposted so long as it is linked to this page.