The One Group Pope Francis Seemingly Won’t Apologize to 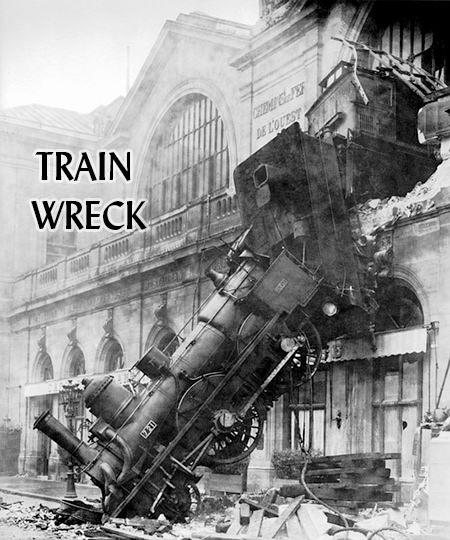 Just a few days after I mentioned that Pope Francis said things that got people in an uproar over matrimony, here we are again. I see that he is going from Armenia to Azerbaijan, and talking to reporters. He mentioned strange things about Luther, and said that the Church should apologize to homosexuals for marginalizing them. I know a group that has been not only marginalized, but brutalized, and yet, no one, none, have apologized to them.

Let’s get one thing straight, St. Robert Bellarmine preached at Louvain and extolled the high place of holiness to which she “full of grace”, the Blessed Virgin Mary, had been made. Reports Fr. Hardon, Robert Bellarmine, doctor of the Church, gave a sermon on Mary. Bellarmine noted that the day was the anniversary of another sermon preached not far away by Martin Luther. He said that Luther blasphemously attacked the sanctity of the Mother of God, telling his audience that: “She has no more intercessory power with God than you or I, because she is no more holy than we.”

Luther referred to the Pope as the “Antichrist” and bishops and priests “destroyers of souls.”  One could say that maybe the problems in the German church warranted rhetoric. I get that. However, Luther had a deeper purpose than mere reform. He tried to destroy celibate religious life. From Fr. Hardon:

In a rhetorical passage of his “Babylonian Captivity,” Luther pleaded with “the prisoners of the monastic life” to break the chains which bound them to their monasteries and to serve Christ with the untrammeled liberty of the children of God. If any of them still hesitated to accept the responsibilities of marriage, he argued, let them remember that this is only a ruse of the devil who would have them reverse the order of divine providence and obey man rather than God.

On another occasion, reported in the Hartmann Grisar SJ’s Luther (the definitive work on Luther, by the way), Luther was going on and on telling people that Germany would be better off under the Turks than with the Pope. Given the news of our day, Luther is finally getting at least one of his wishes.

Pope Francis, however, indicated on the plane that

And today Lutherans and Catholics, Protestants, all of us agree on the doctrine of justification. On this point, which is very important, he did not err. He made a medicine for the Church, but then this medicine consolidated into a state of things, into a state of a discipline, into a way of believing, into a way of doing, into a liturgical way and he wasn’t alone; there was Zwingli, there was Calvin, each one of them different, and behind them were who? Principals! We must put ourselves in the story of that time. It’s a story that’s not easy to understand, not easy.

(Pope’s comments reported here). The Pope is correct — it’s not easy to understand this at all. The errors of Luther were condemned, not for political reasons, but because he spewed hate for God and he sowed error. Now, I get it, and lest anyone say that I’m not thinking of the 500 years of people who have grown up Lutherans, I’m not talking about them. I still don’t see the “agreement on the doctrine of justification.”  I also cannot see any honor to that heretic.

Luther believed that he was possessed by the devil and the possession manifested in colon problems. Maybe that needed some medicine.

We aren’t apologizing to him, but that’s not the group missing an apology, though.

On Numerous Marginalized Persons (especially the Homosexuals as the news highlighted)

The Pope also got into a “sermon” (his word). A reporter asked about Cardinal Marx saying that in Germany, “that the Catholic Church must ask forgiveness to the gay community for having marginalized these people.”:

(ibid.) There’s alot of apologies there.

OK. I get it. If we are fighting with people, then we cannot talk. And talking is a way to communicate. I get that. I think we all do.

Notice that the Pope did not use the word “marginalized.”  Check that out above and on the link. Cardinal Marx used that term. I was surprised because the news headlines would make you think he did.

I have seen what the seminaries and many chanceries were chock full of in the 80’s and 90’s though, and I don’t think homosexuals were marginalized in the Church in America. I don’t know about Germany, though.

The One Group Left Without Apology (Should We Hold our Breath for one?)

At the risk of sounding like the older so
n in the prodigal son, I think we need to mention something about apologies. I’ve seen Bishops destroy churches, priests ridicule marian devotion, and forceful isolation of people who believe in the traditional Latin liturgy utterly brutalized by false opinion (or straight up calumny), insult, and sheer tenacity.

It’s not the older brother problem speaking here. The older brother in the prodigal son wanted praise and a reward. I’m saying that instead of refusing to ordain people from traditional parishes (as happened recently in Chicago, when Archbishop Cupich delayed the ordination of a seminarian from St. John Cantius – 2018 update – removing the innocent Fr. Phillips also), removing altar rails, and making it near impossible to practice faith, that maybe for all the wreckovations, removing kneelers,, insults, damage, and continued nonfeasance, bad catechisms, the only people marginalized in the Church are those that love tradition.

This article, The One Group Pope Francis Seemingly Won’t Apologize to is a post from The Bellarmine Forum.
https://bellarmineforum.org/one-group-no-apology-seems-forthcoming-pope-francis/
Do not repost the entire article without written permission. Reasonable excerpts may be reposted so long as it is linked to this page.