Why Do They Hate Us? Part II

This is Part II of “Why Do They Hate Us?”

6 Reasons Explain The Essence of Islam 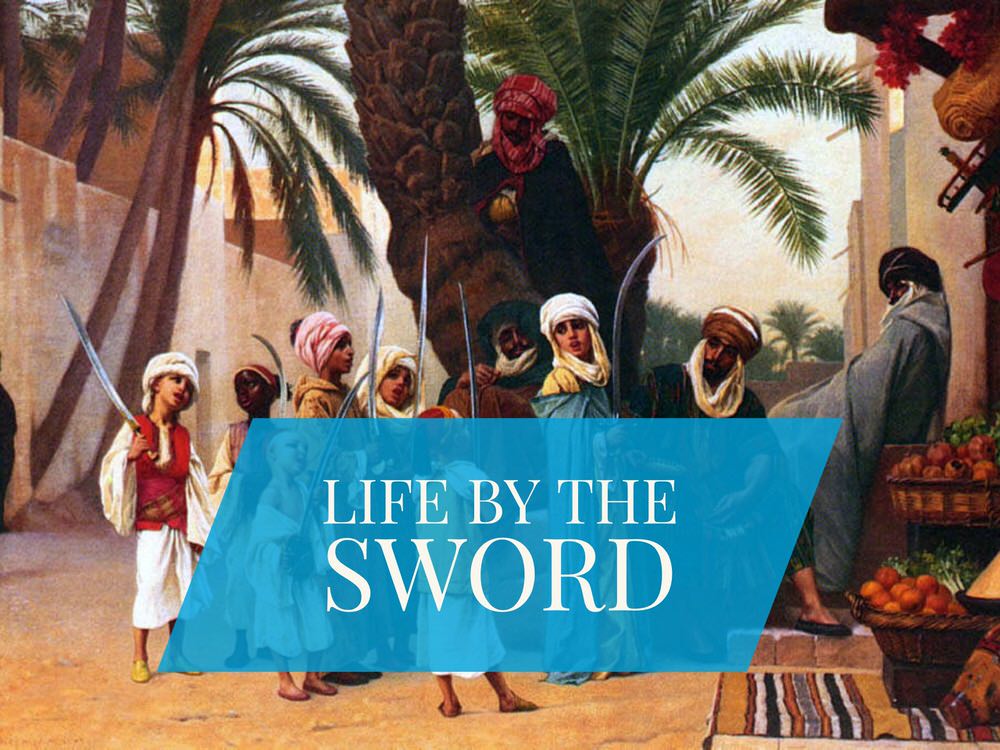 As you recall, CNN host Fareed Zakaria ran a segment “Why They Hate Us.” This article briefly explains why Muslims hate us, according to radical-Islamists and the Quran, and how Muslims in Islamic countries treat others, contrasted to Jesus’ teachings at the end.

First, many Muslims are peaceful and do not commit violence. This is partially due to Muslims assimilating into non-Islamic States and partially due to Imans who preach peace, viewing Mohammed’s orders as historical.

Some say Islam means peace, however, Islam actually means submission, and radical Islamists note this: “Islam is derived from the Arabic words istislam/salamah, meaning submission and sincerity. This is the essence of Islam, to submit to Allah sincerely (i.e. to Him alone).” (DABIQ, Issue 15, 1).

Submission to God is lauded, but, radical-Islamists can take this to exclude peace for unbelievers. One radical-Islamist group has a magazine, DABIQ, and the fifteenth issue is entitled “Break the Cross.” A chapter within it is: “Why We Hate You & Why We Fight You.”

Even if we stopped fighting them, they would continue to hate and fight until everyone embraced Islam. Those who didn’t would pay a jizyah (tax); but, they would still hate them (DABIQ, Issue 15, 33). This hate, jizyah, treatment of sinners, and fighting come from the Quran, Sharia, and hadith.

Not the Old Testament — The Quran:

The Quran is different than the Old Testament. In the Old Testament God sent prophets to prepare for the Messiah, guiding the Israelites, at times directing them to wage war. It tells the story of salvation history. The Quran is split into two main periods: Mecca and Medina.  It can’t be read chronologically as the Suras are not in chronological order. The Suras during the period of Mecca speak of Allah’s mercy and patience because Mohammed was a preacher. After Mecca, he became a political ruler to spread Islam by the sword.  Unbelievers are now  put to the sword (Sura 8:39; 9:5; 9:29).

Mohammed’s commands after Mecca are authoritative and supersede the earlier ones. Similarly, Jesus’ teachings supersede the old laws of Moses. Mohammed gives commands; just as Jesus did. This is how Muslims use verses to commit violence, seeing them as timeless and not historical.

“The command is clear. Kill the disbelievers, as Allah said, “Then kill the polytheists wherever you find them” (At-Tawbah 5).

“O you who believe! Whoever of you turns back on his religion, then Allah will bring a people whom He loves and who love Him, humble to the believers, mighty against the disbelievers, waging jihad for the cause of Allah, and not fearing the blame of any blamer.” (Al-Maidah 54).

Even if the Quranic verses after Mecca are viewed in a historical context, Quranic verses, Sharia, and the hadith are used in Islamic States to punish sinners and discriminate against other religious groups.

The Quran states that men who commit lewdness (homosexuality) should be punished. The hadith says to kill those who commit homosexual acts.

Saudi Arabia punishes them with death or flogging.

Iran punishes sodomy with death, or if confessed, with flogging.

Afghanistan criminalizes homosexual conduct and does not prohibit discrimination or harassment on the basis of sexual orientation. Iran has capital punishment, flogging, or lesser punishment for consensual homosexual activities.

In Jordan, homosexual activity is not illegal, but abuse and discrimination is rampant.

The Quran on Zina (Adultery and Fornication):

The Quran says that zina for unmarried persons is punishable with 100 lashings and if married, stoned to death. There is some debate whether the 100 lashes is for unmarried persons only. Some scholars argue that zina’s punishment is not stoning but 100 lashes, whether married or not. Either way, zina in Sharia is one of the seven serious crimes and if committed requires some form of punishment.

In Saudi Arabia the punishment is the death penalty.

United Arab Emirates have the option of imposing flogging, even for consensual premarital sex and pregnancy outside marriage.  Since sex outside marriage is a crime a noncitizen woman may be imprisoned and deported if she bears a child outside wedlock.

In Afghanistan, many rape cases are turned into adultery cases against women, where zina is a crime.

Under the Taliban, it was punished by stoning or flogging.

The Quran on Religious discrimination:

Below is a list of Islamic countries on religious discrimination, taken from the Department of State Religious Freedom and Human Rights reports.

Saudi Arabia: There is no prohibition on discrimination based on race, color, sex, religion, disability or sexual orientation. There is no protection of human rights, to include freedom of speech.  Non-Islamic proselytizing and distribution of the Bible is illegal.  In court, non-Muslim testimony can be discounted over Muslim testimony.  Blasphemy against Sunni Islam is punishable by death. Non-Muslims can’t worship publically. The Committee for the Promotion of Virtue and Prevention of Vice (CPVPV) is a semi-autonomous government agency that monitors social behavior and enforces morality.  Christians and Jews are considered infidels and the CPVPV is known to harass Christians.

Egypt: Although the 2014 constitution protects the freedom of belief, Christian persecution at the hands of the Muslim Brotherhood, kidnappings, and extortion are far too common. Anti-Semitic rhetoric routinely appear in the media. The Jewish community is dwindling because of the widespread demonizing of Jews.

Iran: One significant human rights violation is freedom of religion. Capital punishment is legal for “enmity towards God.” Anti-Semitism pervades the country. The supreme leader issued a statement questioning Israel’s existence in 25 years.

Algeria: Islam is the official religion and permits Christians and Jews to worship freely, but according to the Department of State Religious Freedom Report (2014) the Government restricts their freedom.

THE BOTTOM LINE IS IN HOW OTHERS ARE TREATED:  What God Commands versus What Islam Believes

What Muslims, Jews, and Christians agree on is a one true God, the resurrection of the dead (some Jews do not believe in resurrection), creation, sin, forgiveness, and lastly, that we are at war with the devil.  Muslims, like Christians, believe in the second coming of Jesus, who will judge Mankind.  We have commonalities.

Violence was perpetrated against Muslims in the name of Judaism, and against Christians and Muslims by Buddhists in countries like Sri Lanka. The crusades are commonly referred to as Exhibit A in Christian violence.  (Reconstructionist history on the crusades persist to this day. A good article by Thomas F. Madden about the crusades is found here). Yet, there is a difference between what the Quran, Sharia, and hadith say about treating Christians, Jews, women, and sinners and what Christianity says.

Jesus commands that we love, forgive, serve, and be peacemakers. Although there is sin, Jesus stopped the stoning of an adulterer, said not to judge until the log is pulled from your own eye, and required repentance. Christianity recognizes mortal sin will lead a soul to hell, but that judgment and punishment is left to God, not Man.  Jesus left an impressionable mark on society as the Son of God knelt to wash the feet of his apostles, and bearing the sins of creation so that through faith, hope and charity we could achieve salvation.  Jesus doesn’t command fighting Jews or killing enemies, or taxing nonbelievers. Apostolic teachings, Catechism of the Catholic Church, Church Councils, Early Church Fathers, and papal encyclicals taken together require treating sinners and unbelievers with compassion, kindness, patience, and love.

This article, Why Do They Hate Us? Part II is a post from The Bellarmine Forum.
https://bellarmineforum.org/why-do-they-hate-us-part-ii/
Do not repost the entire article without written permission. Reasonable excerpts may be reposted so long as it is linked to this page.