Why does civil duty have to be so filthy? 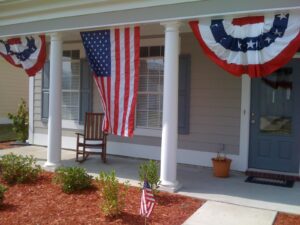 It would be a mistake to overlook the winds of the day. It seems like everywhere we turn, there is one discussion today. One topic. While I may be tired of the soup du jour, I turned to some of my old books in order to see what sort of things Catholic masters of past eras had to say about the duty of a Catholic to elect (vote).

I think anybody in their right mind can comprehend that God expects a person given a power to utilize that power with accountability to Him for how it was exercised. The same holds for electing someone to authority. Notice the various concerns for duty expressed in 1900, though:

In addition to all this, the citizens ought to assist their ruler in the government of the country, by choosing as their representatives men of experience and Christian principles.

Not only the representatives of the people, but the electors of those representatives, have a weighty responsibility in God’s sight. The former are responsible for the laws they make, the latter for the men they choose to make the laws. In the exercise of his civil rights, it is incumbent on the citizen to obey the will of his Lord and God, for he will one day have to answer for the manner in which he exercised that right. In all human affairs the truths of Christianity must be our guiding light. Let no one therefore assert that religion has nothing to do with politics.

I chopped the quote off for that last conclusion: Kings were given to us by God, thus God has much to do with rulers. Don’t get confused on the rhetoric of the day. No president or congressman is going to win before Gotoil, when standing before Him they plead separation of Church and State. I might be amused to watch such a vanity, but I don’t think the argument will go so well in front of the King of All and Lover of Mankind, Jesus.

Statesmen, public functionaries, senators, members of Congress, Cabinet officers, will all have to give an account of every word they have spoken, every vote they have given. And electors will be responsible for the men they have returned to Congress or the Senate; consequently they should elect men of experience, acquainted with the law, and above all, possessed of Christian principle; for those who are destitute of all religious beliefs cannot be expected to act conscientiously, or adhere to their promises. And since matters closely connected with the essentials of religion are often the subject of debate, it is the duty of Catholics to vote for such candidates as will act justly in dealing with ecclesiastical questions, and have the interests of the Church at heart.

If a Catholic, by giving his vote to a candidate who is hostile to the Church, or by abstaining from voting, makes himself in part responsible for the success of that candidate, he has much to answer for.

–ouch! But, are you surprised in the least?

The better question here is how to handle a situation when all choices for a particular office seem to fail the test of compatibility with the Church. Then what? What do you do with a Catholic candidate who only applies some Church teaching and militates against other principles of the Church?

Catholic electors ought not to return as their representative one who is only a nominal, not a practical Catholic, who regards with indifference or contempt the teaching and ministers of the Church. Before going to the ballot they should ascertain the views of the candidate upon education, marriage, the observance of Sunday, etc.; better not to vote at all than vote for one who is hostile to religion. It is, however, a duty to vote if thereby one can avert evil and promote what is good. Let no man say: My vote is of no consequence; it might turn the scale, and if not, at any rate it lessens the defeat of the non-successful candidate. Those who are not entitled to vote ought to pray that the result of the election may be favorable to the cause of religion and of the country in general.

So, let me assert that I understand and take to heart those principles enumerated above. I don’t think it’s an easy answer in light of today, though. That the press seems to develop myopic visions right before major elections, paying attention to whether a political candidate trimmed his fingernails before an appearance, doesn’t seem to assist me in ascertaining the answers to the questions above, either.

Rather, all the flood of quarrelling obfuscates it and renders it into bad reading, bad listening. Again, finding some solace in the my trusty 1920 source, I see there is a notice that even in that day, the same thing abounds:

The society papers of the day pander to the popular taste. Scandals in high life, political feuds, animadversions on the conduct of prominent persons, sneers at religious ordinances, the defense of wrong-doers, such is the pabulum too often provided for the reader. The writers in such papers are frequently those who have fallen low in the social scale[.]

Sounds very familiar. Good to know that people are still people — they just might have new ways of being people — television, smart phones, internet videos… and so on.

I even found this caution about the nature of religious associations and it would seem to be aptly stated today as well:

Thus the members of confraternities make their own spiritual advancement their primary aim, while charitable societies seek the good of their neighbor. Religious societies have nothing to do with politics; but friendly intercourse and innocent amusements are encouraged as a means of promoting the main object of the association, and preventing the members from taking part in undesirable dissipation.

I have to laugh at myself as it seems our 1920’s Jesuit editor is making a backhanded comment on political quarreling as being “undesirable dissipation”.

As I muse to myself on the subtlety, it is apparent to me: God does want me to be informed that I might use my vote well in His sight. At the same time, however, I don’t have to be part of undesirable dissipation to get there.

It was today 95 years ago that a group of ordinary people gathered in Fatima Portugal saw the miracle of the sun. The message of Fatima was that we, as a people, meaning you, me, and our candidates for office, need to do penance and repent. Turn back to God and take sorrow for the wrongdoings of ignoring Him. Maybe instead of occupying all our speech on the annoying peculiarities of candidate A or candidate B’s latest guffaw, we could better spend our words encouraging others to penance (taking our own to be focused effort on the matter) and repentance for this mess. I think we’d ultimately wind up with a better president, better congressman, and better society.

–note: please no comments mentioning any candidate (as if that wasn’t apparent from the article). Please do say a Hail Mary or a Memorare, both for the recollection of Fatima, and for God’s assistance to our country!

This article, Why does civil duty have to be so filthy? is a post from The Bellarmine Forum.
https://bellarmineforum.org/why-does-civil-duty-have-to-be-so-filthy/
Do not repost the entire article without written permission. Reasonable excerpts may be reposted so long as it is linked to this page.

Tagged as: duty to rule, duty to vote, Politics