A Different Take on Laudato Si: The Church Could Change a Lot Directly

Posted on Jun 22, 2015 • Comments Off on A Different Take on Laudato Si: The Church Could Change a Lot Directly 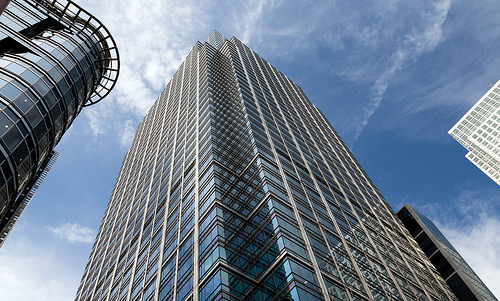 It shouldn’t surprise Bellarmine Forum readers that I’ll have an opinion posted here regarding Pope Francis’s Laudato Si encyclical forthcoming. Readers may not be aware of my background as a chemical engineer, environmental work (even worked for the Army Corps of Engineers on water quality), and that I was an Assistant Attorney General in Michigan for the Environmental Quality department. In short, I have more than a lay person’s understanding of environmental issues.

In the meantime, I ran across this opinion that has really captured my attention. Catherine Austin Fitts frequently appears on radio shows I like to listen to. She was in President Reagan’s cabinet and she knows economics. She brought up some really impressive points.

If this document had been authored by a professor of theology, there would be much room for common ground. However, it has been written by the leader of an institution which has been the single most powerful in the Western world for the last 500 years – a period during which the central banking-warfare model has been busy harvesting our common whole.

There is a profound disassociation from the nuts-and-bolts of what the Catholic Church (and its networks and investment syndicates) have been doing and the sources of their wealth. This Encyclical is, if you will, a concept piece independent of the financial and political realities of the Vatican, the Catholic Church and its allies.

That is the premise of her opinion — that the Church has some very real power to do some concrete things that Pope Francis has been talking about! And she’s right!!!

Among her many suggestions, here are some that caught my eye:

The primary source of environmental damage does not result from market economics – quite the opposite. It results from the lethal combination of organized crime operating powerful and invisible weaponry coupled with invasive digital systems and sophisticated financial tools on scale. In short, those with the ability to kill, to destroy and to steal with impunity combine such force with fiat currencies, unsustainable debt, resource extraction, financial fraud, war and genocide in order to centralize wealth and power in a manner which shrinks total wealth.

Lawlessness on a global scale must be dealt with before it destroys our planet.

We must shift to an equity-based financial system which facilitates the free flow of equity unencumbered by the intervention and control of organized crime. An equity-based system – which includes the financing of small businesses, small farms and local economies with equity – will permit us to evolve a financial system in which we can generate wealth from healing our environment and reducing consumption.

and this is one of her kickers:

Before we dismiss capitalism, we should try it.

Organized crime is not capitalism. It is the application of force to control and to get one’s way. Market economics can solve many of the problems before us – but we have to unleash markets to work rather than prevent them from operating and then blaming the subsequent “mess” on them.

The Church and its affiliates and members manage trillions in real estate and financial assets. As one of the most significant capitalist organizations/investment networks on our planet, it can institute policies to ensure that it does not invest in companies or governments which behave in the manner described in the latest Encyclical and that its real estate is not used to support such activities.

The big point, and something I wasn’t aware of is that the Church has done some of this in the past:

During Vatican II, the Church forced the sale of significant real estate holdings which were serving communities. The proceeds from these sales were reinvested in corporate securities. The Church can ensure that the Orders for whom these funds are managed have access to full transparency about these investments and are permitted to institute policies which ensure that these investments are managed in accordance with the goals of this Encyclical.

Please click that link and read the rest of her report. It is interesting on many levels, but it also shows that there is a giant source of capital at Pope Francis’s disposal that could make a huge difference in the things he speaks of.

Then again, it may be all that capital that forced the early leak of the encyclical after all. Perhaps they were afraid Pope Francis might change it.

Catherine’s take is a different angle on what has been bothering me about the last decade of environmental lobbying:  they act as if it is our fault — you and me — as if we had the means to engage in geo-engineering, terra forming, fracking, and the number of other things occurring. Not to mention Fukushima fallout. But the people collecting that money in taxes are doing nothing to abate the issues. Pope Francis has a pretty big stick to use to change those things. If Fitts is right, he has the biggest stick right there in the Vatican’s bank holdings.

This article, A Different Take on Laudato Si: The Church Could Change a Lot Directly is a post from The Bellarmine Forum.
https://bellarmineforum.org/a-different-take-on-laudato-si-the-church-could-change-a-lot-directly/
Do not repost the entire article without written permission. Reasonable excerpts may be reposted so long as it is linked to this page.