We Can All Breathe Easier Now that Fr. Weinandy resigned from the USCCB

Today, a dangerous force creeping into the Church was solidly quashed and quelled. After all, one must take firm and swift actions to keep the public order, right?

After all, asking questions of the Holy Father is subversive and confusing to the laity. They might think the wrong thing. They might be encouraged to question his authority as well.

Writing a letter to him and publishing out there for everyone to see is not appropriate for a theologian. Not at all.

Imagine That! A Theologian Questions the Holy Father (How Dare He!)

Reported today in many places (see the Catholic World Report interview here), Fr. Thomas G. Weinandy, O.F.M., Cap., has resigned from his post at the USCCB.

This subversive theologian dared write a letter critical of the Holy Father AND publish it online!

His letter in which he asked a few questions and did not pose novel theses:

(brace yourselves, young fragile sheep, the following information may scandalize your poor ears and cause you to go to a nondenominational church or shrivel up on the couch to watch NFL football on Sundays and wallow in the pain of such discord!)  read on, but you’ve been warned!

I realize nobody has been saying anything like this. The mere shock that a theologian would question the holy father is probably scandal! How dare he say these things!

We should all be shocked!!!!

Now That He’s Gone, We Can Get Back to Glorifying Martin Luther in Peace

Today, we can all breathe easier, though, because he has resigned from his post at the USCCB.  With this new relaxation and peace brought on by the restoration of order, we can recollect yesterday’s festivities and commemorations of Martin Luther…  Heck, it’s even reported that the Holy Father approved a stamp commemorating Luther!

The Vatican State site does list “16. 5th Centenary of the Protestant Reformation” as an upcoming issue in the Stamps section of its 2017 Program. See it on their webpage.

But let’s get one thing clear…  Luther didn’t really nail his theses to a door. He probably sent them up the chain of command in his order. Maybe he did nail them to a door after they weren’t answered. Sort of like posting it online. 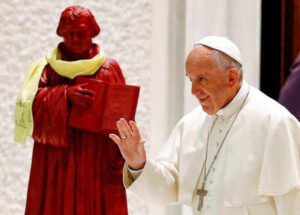 In 500 years, that could be a statue of Fr. Weinandy instead!

So, see there…  Fr. Weinandy was being Luther and we can’t have that again!!!  [I really hope that the sarcasm has been so thick that it oozed out of your screen and made your phone/ipad/computer too sticky…  I’ve really, really, really been laying on the sarcasm here!…  I hope you enjoy it though).

Yesterday, many dioceses and the Holy Father himself spent the day waxing poetic on the subversive Luther, who spoke foul utterances of the Pope. Despised him, even. Encouraged everyone around him to do the same.

Luther wrote an open letter, containing 95 criticisms and some stating things contrary to Christian doctrine. Luther nailed his to a church door, though. He didn’t actually mail the letter to the Holy Father.

Fr. Weinandy Will Have to Wait 500 Years to Be Appreciated

Maybe in 500 years, Fr. Weinandy will be apologized to and get an answer to his letter. I hope they don’t cast his statue in red like they did Luther’s though!

Our Lady of the Rosary, pray for Fr. Weinandy and pray for us! 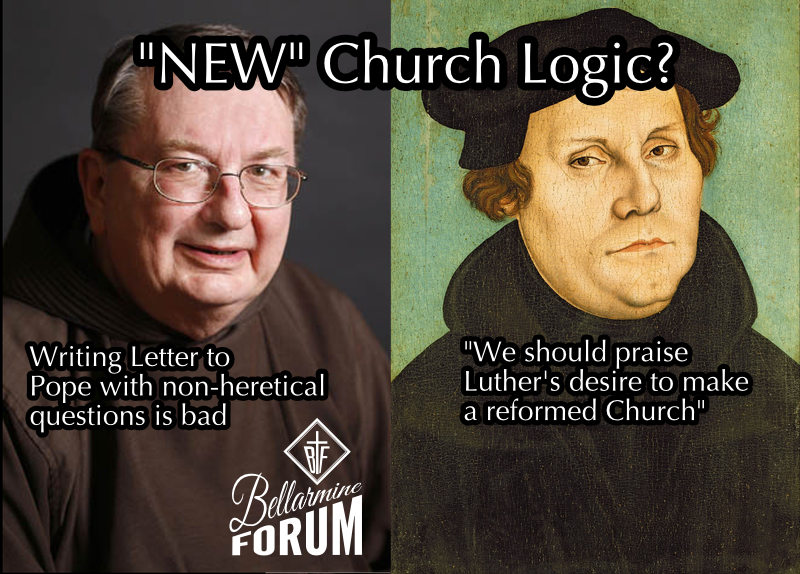 p.s. – it really is worth reading the letter and explanation of Fr. Weinandy. Visit the link to CWR above to see it.

This article, We Can All Breathe Easier Now that Fr. Weinandy resigned from the USCCB is a post from The Bellarmine Forum.
https://bellarmineforum.org/can-breathe-easier-now-fr-weinandy-resigned-usccb/
Do not repost the entire article without written permission. Reasonable excerpts may be reposted so long as it is linked to this page.