Francis Cardinal George, OMI, has weighed in on the recent Chicago Chick-Fil-A fiasco. Here’s the background:

Petulant Proco pouted: “If you are discriminating against a segment of the community, I don’t want you in the 1st Ward.” Mayor Rahm Emmanuel then chimed in: “Chick-fil-A values are not Chicago values,” he said. “They disrespect our fellow neighbors and residents.”

Speaking of “disrespecting our fellow neighbors,” Chicago is the homicide capital of the country, and Mayor Emmanuel, former Obama White House Chief of Staff, is plagued by a different form of disrespect: ubiquitous murder on the city streets. Chicagoans are dying all around him, while he bores everybody by applauding his Thought Police .

Cardinal George hasn’t been ordered to move Holy Name Cathedral out of town — not yet; but he’s not waiting for an eviction order, either. This week he calmly debunked the Proco-Rahm “Gay or Get Out” drivel: “I was born and raised here,” he wrote on his blog, “and my understanding of being a Chicagoan never included submitting my value system to the government for approval. Must those whose personal values do not conform to those of the government of the day move from the city? Is the City Council going to set up a “Council Committee on Un-Chicagoan Activities” and call those of us who are suspect to appear before it?”

Common sense from the Cardinal, and nonsense from Hizzoner. Nonetheless, homosexual “rights” are all about power; Emmanuel is Mayor and Cardinal George isn’t – and as Chicago dives further into perdition and chaos, Cardinal George doesn’t guild the lily: “I expect to die in bed, my successor will die in prison and his successor will die a martyr in the public square,” he said in 2010.

A victim of “Chicago Values,” no doubt. 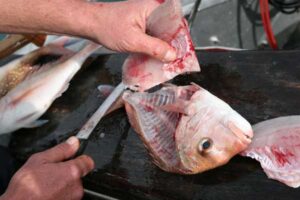 This article, Chicago Cardinal George Filets City Hall is a post from The Bellarmine Forum.
https://bellarmineforum.org/chicago-cardinal-george-filets-city-hall/
Do not repost the entire article without written permission. Reasonable excerpts may be reposted so long as it is linked to this page.