Subtitle for the Liturgically impaired:  Ad Orientem means “towards the east” or in ICEL dynamic equivalence “facing the east”.

I love listening to the radio, and many programs I like are available on podcast. Sometimes I listen to a podcast again, even though I heard the live show, because I pick up things I didn’t hear or pay attention to during the live broadcast. I always like when that happens. It gives one an ear for detail.

Listening to the Church is a lot like that. Some things that happen in the Church are like a podcast of recent years. Many times, I’m finding that Church events of the past couple years strongly resemble so many things that happened in the 90’s. That was back when Pope John Paul II was around and AmChurch reigned with an iron fist on the controls of wreckovation.

Deja Vous in the Grocery Aisle

Recently, Cardinal Sarah said that beginning this next Liturgical year, priests should begin facing east when saying Holy Mass. This should not have been a surprise to anyone, had they read his books and interviews — he is trying to make God, as in our Redeemer, the center of Liturgy again. Derision began immediately in a backlash of monumental statements of how ill-advised or not authoritative. The implication is that he is incompetent to discuss or interpret the manner of Worship. HAH!

Let’s get the straight:  Since November 2014, the Pope appointed Cardinal Sarah as “the guy” — the leader on Liturgy and Sacrament. His office is, among other things, charged to discuss and interpret the manner of Worship and the Sacraments. Capisce?

Chronicles of the variety of reactions litter the Catholic blogosphere. Among other things, the Vatican’s own reaction was that the Pope has not reviewed and approved the directive of Cardinal Sarah. And then we get the USCCB reaction. This one should be accompanied with the suspense music “dah dun dahhh!”  The reactions reminded me of a similar directive from 1997.

Equivocating Away Authority In Order to Avoid Doing It

As reported in the Bishops’ news service on July 14:

“I think he’s just encouraging as anyone can encourage, but because of his position, his encouragement carries more weight. He’s not changing the legislation at all; he’s just giving his opinion that he thinks this would help people to pray better,” Father Andrew Menke, associate director of the U.S. Conference of Catholic Bishops’ divine worship office, told Catholic News Service July 6.

see CNS Vatican says no changes foreseen in direction priests face during Mass.  CC Watershed posted the letter from the USCCB, see it here. Remember, to Bishops the operative phraseology of doing what you want is to be concerned for “Pastoral” concerns. Like a politician that just wants to “do it for the children” or “just wants to help people,” any apparatchik that wants an excuse to run along and nevermind need nearly invoke “pastoral concerns.”  The salient parts to me are here:

As a result, no changes to the General Instruction of the Roman Missal are expected at this time, nor is there a new mandate for the celebrant to face away from the assembly.

Although permitted, the decision whether or not to preside ad orientem should take into consideration the physical configuration of the altar and sanctuary space, and, most especially, the pastoral welfare of the faith community being served. Such an important decision should always be made with the supervision and guidance of the local bishop.

“Pastoral welfare”… (I wish you could see me making curly quotes with my finger when I say that)  We’ve seen this before.

So, the USCCB response makes it clear that nothing is changing for the meantime. Don’t take down those big screen TVs and felt banners just yet. And it looks like the guitars and tambourines are safe.

Vatican Spokesman, Fr. Lombardi set the real gist of the entire response when he made it clear by way of example that Pope Francis had not signed off on a change. It was even conflated into some idea that Paul VI demanded pro populum, various translations floating around said that Benedict’s motu proprio “Summorum Ponticium” is not to replace the ordinary form. But that’s really the fight:  what is the norm? right?

What to Do, and Why the Other Responses Are Wrong (For now)

I enjoyed reading all the parsing of language and the consternations caused from all of this. After all, peaceful complacency is the last thing we should give to felt banner liturgists. However, I don’t think OnePeterFive’s petition/letter to Bishop is going to go anywhere. If anything I’ve learned over the decades, the progressives can be the harshest and most tendentious if provoked beyond ignoring the traditionalists. I’m not saying that writing a letter to your Bishop isn’t worth it, but I am saying that there’s a better issue to write about.

Why do I say they’ll ignore it?  I have proof.

The Pope, The Congregations, and Everyone Else in Rome Said to Stop this, But None Have 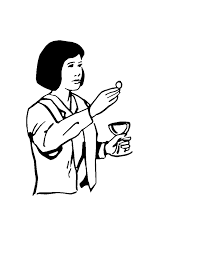 Can Extraordinary ministers be told to face ad orientem?

In 1997, the Vatican issued a document that smacked down and put a halt to the abusive busybodies crowding the priest at Mass. Most importantly, it sought to cease the use of Extraordinary ministers at every freaking Mass.  Here’s precise language:

Extraordinary ministers may distribute Holy Communion at eucharistic celebrations only when there are no ordained ministers present or when those ordained ministers present at a liturgical celebration are truly unable to distribute Holy Communion.
[…]
This function is supplementary and extraordinary (101) and must be exercised in accordance with the norm of law.
[…]
To avoid creating confusion, certain practices are to be avoided and eliminated where such have emerged in particular Churches:

You can read the entire text at the Vatican website.

The Little Authoritative Norm That Couldn’t Be Equivocated Away 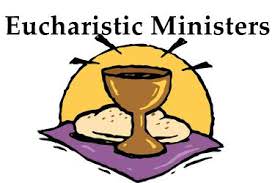 Nobody talks about that doc. They’ve forgotten or never known about it. When it came out, it was ignored. The Vatican spokeman didn’t try to hedge it. The USCCB ignored it. Why?  Because they’re was no way to get around it! Pope John Paul II himself issued that new instruction on the law. The norm was signed by nearly every Congregation in Rome. That means this instruction is to be followed.

Have you seen them do anything about it? What about your parish? Still habitually using so-called extraordinary ministers?

It’s an industry…   They even advertise Prayer Cards for them, and solicit more to become them in Church bulletins. 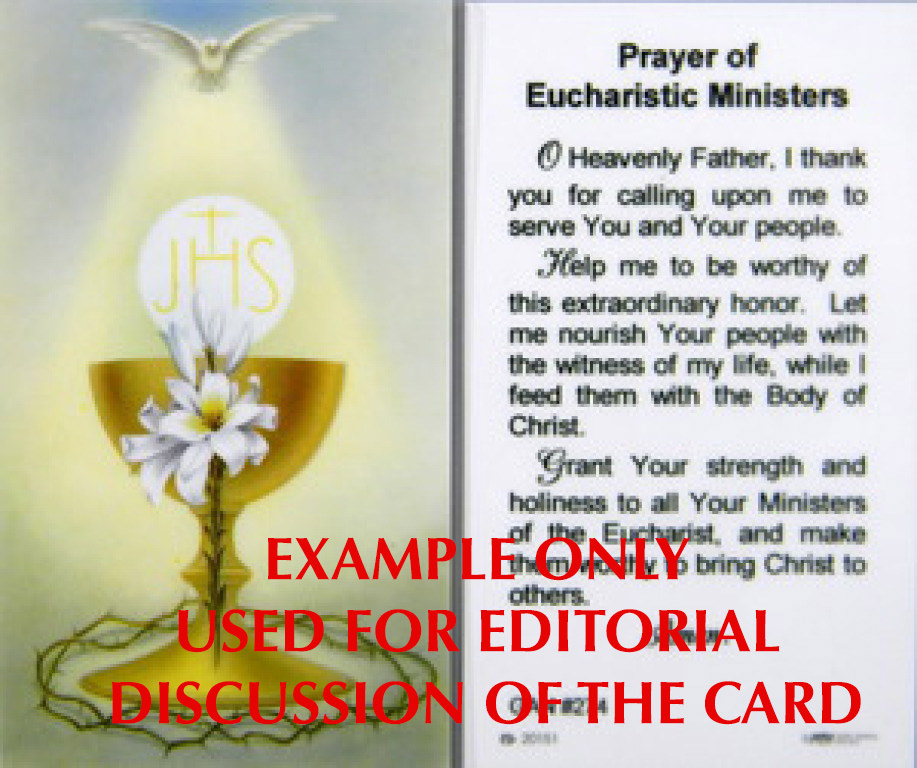 Church bulletins in every city have regular solicitations for more and more: 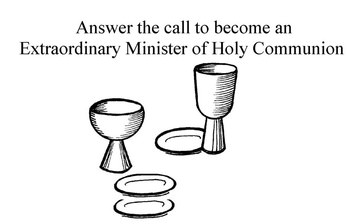 Bulletin Solicitation uses vocational language — “Answer the call”… there is no such vocation, as the Vatican norm warned.

If you’re going to write your Bishop, ask him what norms he has issued to put a stop to abusive over use of the laity. After all, they can’t say that the Pope didn’t approve that one.

In other words, they ignore and say they refuse to do as they should and celebrate ad orientem because the Pope hasn’t signed off. OK, let’s let them slide on that for now, but stick them to the Extraordinary ministers. That is normative law, after all. So why do they ignore it then? This article, Continued Abuse of Extraordinary Ministers Proves Cardinal Sarah’s Ad Orientem would be No Different Even Had the Pope Signed off is a post from The Bellarmine Forum.
https://bellarmineforum.org/continued-abuse-extraordinary-ministers-proves-cardinal-sarahs-ad-orientem-no-different-even-pope-signed-off/
Do not repost the entire article without written permission. Reasonable excerpts may be reposted so long as it is linked to this page.