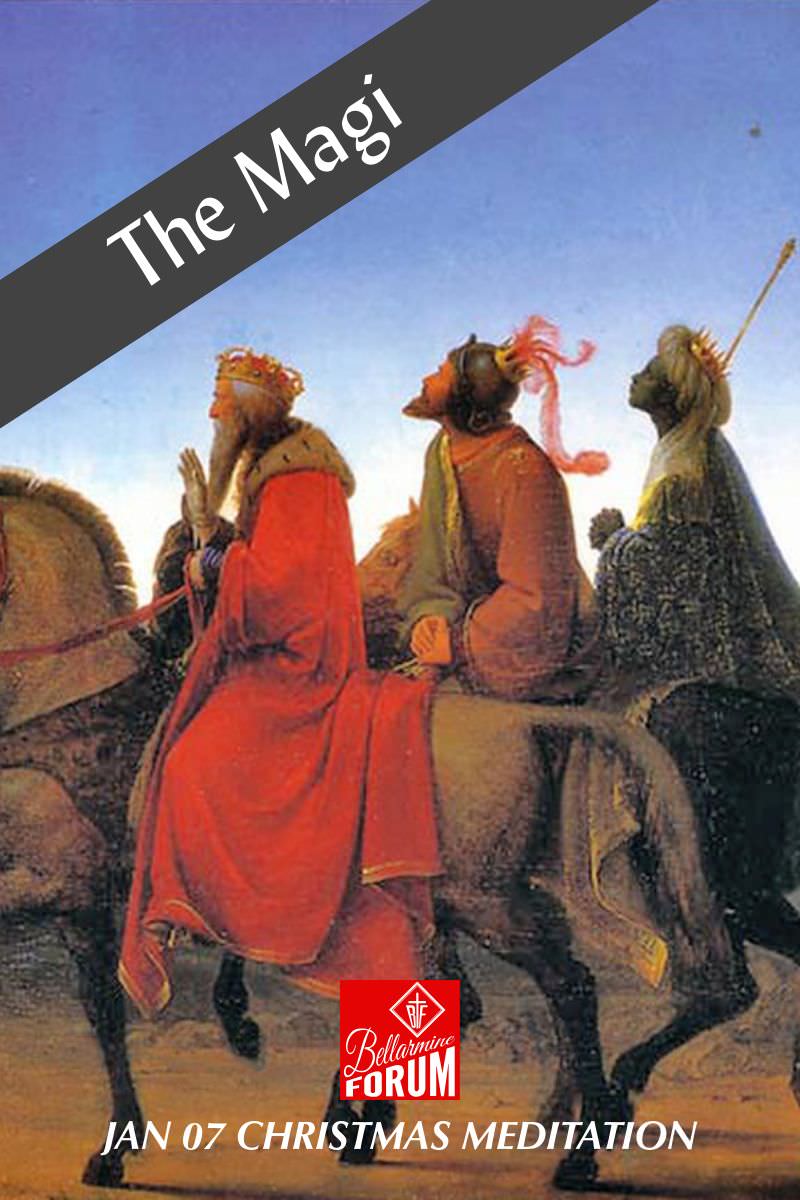 The three kings immediately left their home to follow the star and lead the way to Jesus.

1.  The three kings who came to do honor to Jesus on the feast of the Epiphany are also called the three Magi, or three Wise Men.  They were the rulers of an eastern tribe at some distance from Bethlehem.  Like Abraham, they left home and country at God’s command.  If Abraham thus deserved to be called the Friend of God and Father of the faithful, so these Wise Men were not only the subjects but also the friends of Christ, and the spiritual fathers of all faithful Catholics.  We are their spiritual offspring; the innumerable company of Christians in heaven will all have to thank them for having led the way to Jesus.

2.  What led them to this long and apparently aimless journey?  In their tribe there had long existed a tradition that one day or other a star would appear which the princes of the tribe were to follow, and following it, to find the King of heaven incarnate upon earth.  How many generations had looked and longed for the promised sign!  Yet it came at last.  God always grants sooner or later the desires of those who long after Him. 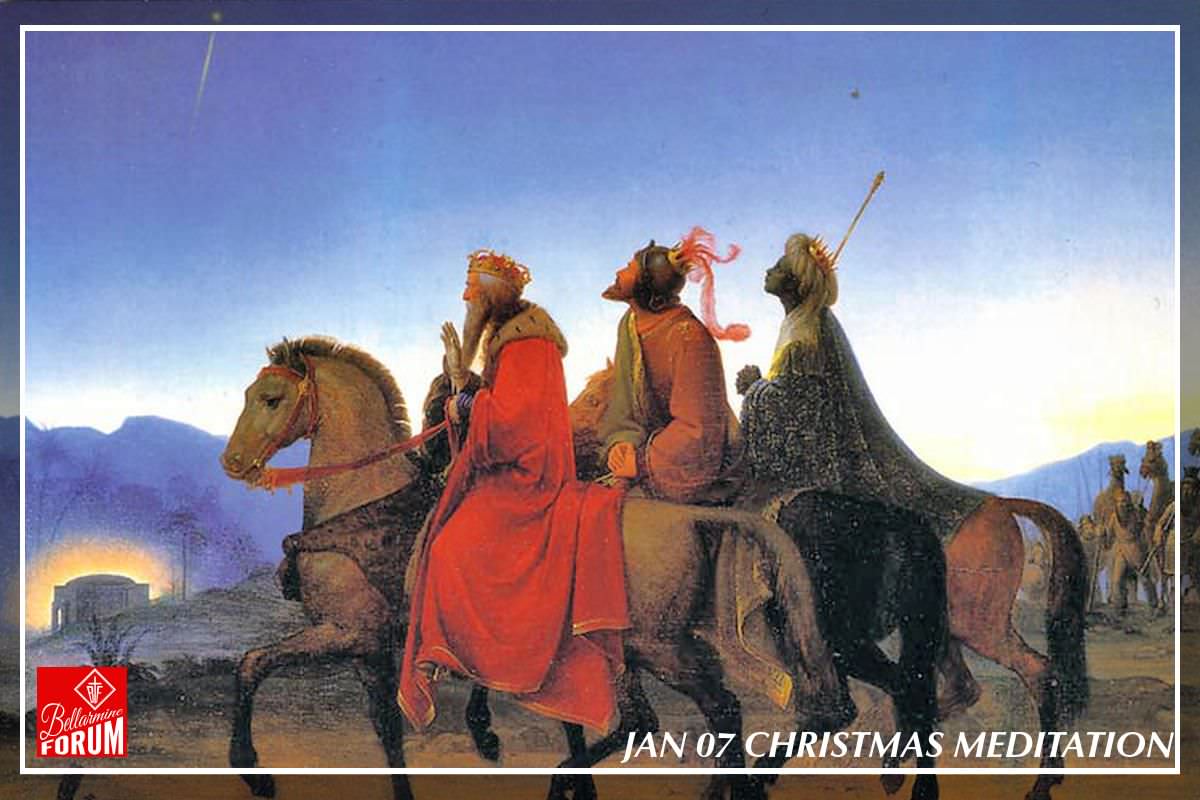 This article, The Magi – Christmas Meditation Day 14 (Jan 7) is a post from The Bellarmine Forum.
https://bellarmineforum.org/devotional/the-catholic-daily/christmastide-meditations/the-magi-christmas-meditation-day-13-jan-7/
Do not repost the entire article without written permission. Reasonable excerpts may be reposted so long as it is linked to this page.