Finding that Archelaus reigned in Judaea.

1.  When the appointed time was come, St. Joseph received the joyful news that the Holy Family at length was to return from their place of banishment.  An angel appeared to him by night and informed him that Herod was dead, and that he might safely return into the land of Israel.  But when he arrived there he found that the tyrant had been succeeded by his son Archelaus, and that Judaea, over which he held sway, was therefore no safe abode for Jesus and Mary.  What a bitter disappointment it must have been!

2.  It seems as if St. Joseph had been deceived by Almighty God.  He was encouraged to return, and now he found that the place of the dead king was occupied by a son who was not much better than his father.  Yet no thought of discontent was harbored in St. Joseph’s heart, not the faintest murmur of complaint escaped his lips.  His was the true obedience — blind, confiding, unreasoning, uncomplaining obedience to the will of God.  Can I say the same of myself?

3.  Observe St. Joseph’s prudence.  He might have said that the command to return was a sort of guarantee from Almighty God of his safety.  In spite of this, he took the most extreme natural precautions, going far away from the place of danger.  He knew that God requires us to use all natural means to gain our ends, and if we neglect them, we cannot reasonably trust to the supernatural intervention of God in our behalf. 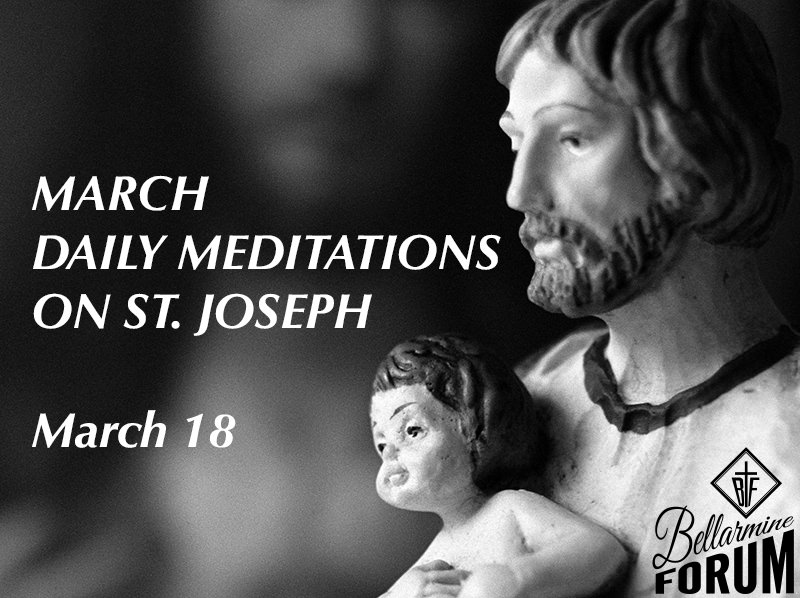 This article, March 18th — St. Joseph’s Sixth Sorrow. is a post from The Bellarmine Forum.
https://bellarmineforum.org/devotional/the-catholic-daily/march-month-st-joseph/march-18th-st-josephs-sixth-sorrow/
Do not repost the entire article without written permission. Reasonable excerpts may be reposted so long as it is linked to this page.