The Life with Jesus and Mary at Nazareth.

1.  When St. Joseph found that dangers still threatened the safety of Jesus in the south of Palestine, he at once pushed on for Galilee.  He was fertile in resource, and when one plan failed, another was soon with God’s assistance destined to take its place.  Here too he teaches me a lesson.  If I meet with reverses I get discouraged and inclined to give up, instead of cheerfully looking out for some fresh means of serving God and accomplishing the work He has entrusted to me.

2.  St. Joseph, under God’s direction, journeys on to the town of Nazareth, where he had formerly lived, and there he re-enters the poor little cottage, humble and lowly enough, where he and his sacred spouse had formerly dwelt.  There, a secret voice tells him, is to be his future home.  How joyfully he takes possession of it!  Now his wanderings were over, and he was to spend the rest of his days in peace in the tranquil home that God had prepared for him.

3.  Yet how poor it was!  The town of Nazareth was so despised that men did not think it possible that anything great or good could come from thence.  Was this to be the home of the son of God?  Yes; and St. Joseph rejoiced in the low esteem of Nazareth, because it seemed to him an arrangement quite according to God’s designs that Jesus should dwell there, and that the name of Nazarene should cling to Him as a name of contempt.  Why have I not more of his spirit?  I am too fond of show and display, and all that the world thinks much of. 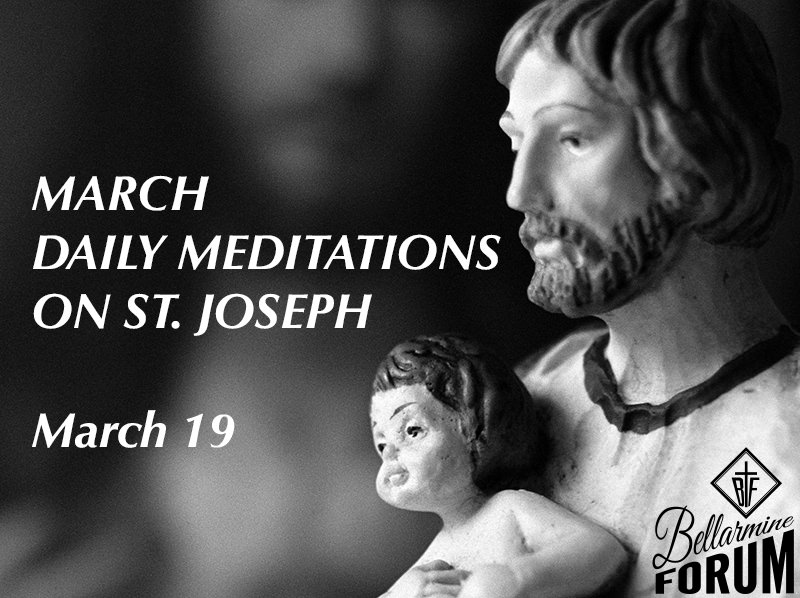 This article, March 19th — St. Joseph’s Sixth Joy. is a post from The Bellarmine Forum.
https://bellarmineforum.org/devotional/the-catholic-daily/march-month-st-joseph/march-19th-st-josephs-sixth-joy/
Do not repost the entire article without written permission. Reasonable excerpts may be reposted so long as it is linked to this page.