John Paul II and the Synod: Love and Responsibility

It seems appropriate to me that the Synod on the Family in Rome would fall within the novena of St. John Paul II, whose feast day we celebrate today. Although he is known as the Pope whose influence in geopolitical events brought down an empire, he is also the first Pope in the history of the Church to really meditate and write about the meaning of human sexuality, marriage, and the family. 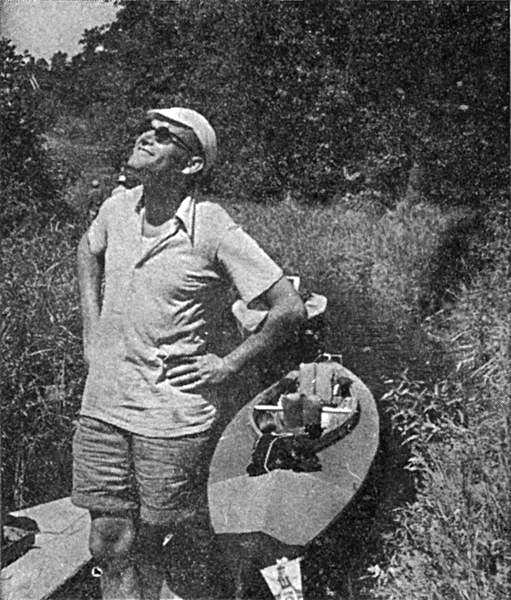 In his early priesthood in post-war Poland, he spent a considerable amount of time with young couples on hiking and kayak trips, listening to their problems and advising them – not to mention hearing their deepest sorrow and longings in the confessional. This experience had a profound effect on him and led him to believe that the Church needed a new and fresh pastoral approach to human sexuality and marriage, especially in light of the growing atheist view of sexual liberation, which disconnected sex from love. John Paul wanted to affirm and celebrate the vocation of marriage as a joyous participation in the Creator God, who is love – that sex is unitive and procreative, a mutual gift of self, that had moral dimensions. In 1960, he wrote Love and Responsibility, which served as the blue print for his great treatise The Theology of the Body, written after he became Pope. In 1981, he wrote the apostolic exhortation Familiaris Consortio, which dealt with the challenges facing the modern family. These themes of the love and responsibility are also apparent in his papal encyclical Evangelium Vitae, and perhaps his greatest theological work Veritas Splendor.

However, before there was John Paul II “the theologian”, there was John Paul II “the artist” – and often a work of art can speak to us in the “depths of the human soul” and communicate a truth and beauty “hidden in mystery” that flares “for a moment before the eyes of (our) spirit”. The seed for St. John Paul II’s theological work on marriage began with a play he wrote called The Jeweler’s Shop. The play was written in 1960, and coincided with his theological work on the same subject Love and Responsibility. To understand this play, which is probably his greatest work as a dramatist, we must delve into the theatrical and philosophical background of the artist to understand the style in which it is written.

When the young Karol Wojtyla was in high school, he met Mieczyslaw Kotlarczyk, a man twelve years his senior, who had graduated from Jagiellonian University in Krakow in 1936 with a Ph.D. for a dissertation on early theater criticism in Poland, German, and France. It was Kotlarczyk’s influence that proved to be the mainspring for Wojtyla’s passion for the stage. In 1941, they formed the Rhapsodic Theater, which consisted of only five members, and was formed as a sort of protest against Germany’s invasion of Poland and their suppression of Poland’s national culture.

The Rhapsodic Theater emphasized the Word. This type of theater sought to seize the power of words to communicate ideas, as well as emotions, and thereby create intimacy with the listener. In describing this type of theater, Wojtyla said “The actor is a rhapsodist. That does not mean he only recites. On the other hand, it does not mean he simply ‘acts.’ Rather, he carries the problem.” In order for the audience to focus on the Word – other elements of the stage, such as scenery, props or action were kept to a minimum.

It was within this context that the play The Jeweler’s Shop was written. When the play was published in the periodical Znak in 1960, Karol Wojtyla was the auxiliary bishop of Krakow and wrote under the pseudonym Andrzej Jawien. The play is subtitled “A Meditation on the Sacrament of Matrimony, Passing on Occasion into Drama”. The play is divided in three acts and are a series of monologues, with the characters seemingly together, but not talking directly to each other. The style was innovative at the time, and one can assumed that this style of theater influenced the later plays of Harold Pinter, whose “memory plays” are very similar. However, in between some of the monologues is a Chorus, reminiscent of the choruses in Greek drama that lyrically reflect on the behavior of the characters.

I can’t possibly express the beauty and poetry of this play. It has to be read, absorbed, and meditated upon. The play takes us through the courtship and marriages of three couples, with a mysterious character called “Adam” that seems to help the characters see the essence of their lives. One can assume that this character is Wojtyla himself, acting as priest and confessor. In the background of all this is the Jeweler, who seems to stand for Divine Providence. 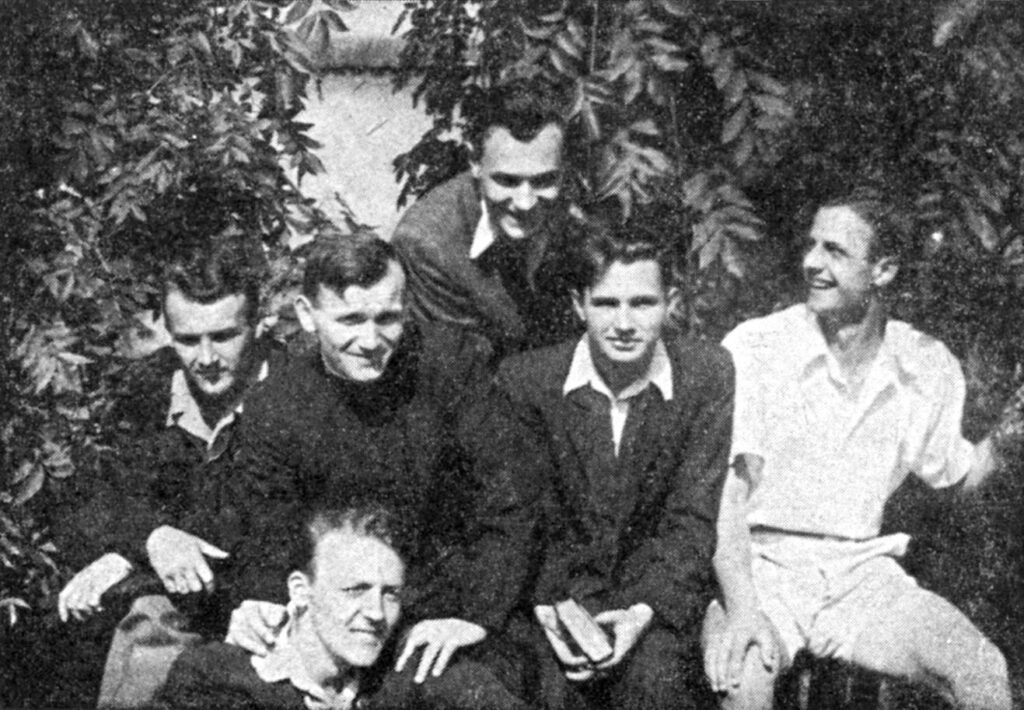 The first act take us through the betrothal of Teresa and Andrew (we later learn that Andrew is killed in the war and Teresa is left to raise their son, Christopher, alone). The second act takes us through the difficult marriage of Anna and Stefan (which is really the heart of the play), who have become estranged to each other and fail to see the reflection of the other in themselves and the other. Anna is tempted to engage in infidelity and contemplates divorce. It is the children of these two couples that take us to the third act. Monica is the daughter of Anna and Stefan, and has been badly damaged by the lack of love between her parents. She is sensitive to a fault, and it is with this baggage that she is trying to make a life for herself with Christopher. Christopher, on the other hand, has to come to terms of what it means to be a husband, without a father figure to rely on.

It is clear that the play is a reflection of the conversations the young Wojtyla had with many young couples during his early priesthood. Throughout the play, Wojtyla gently reminds us that marriage, and love, cannot be reduced to emotions. Marriage is a transforming union, a sacrament, which over time delves more deeply into the reality of self-giving love. It is a union that helps us understand the interior life of God and the unbreakable relationship between Christ and His Church. In Act II, Adam states:

“The divergence between what lies on the surface and the mystery of love constitutes precisely the source of the drama. The surface of love has its current – swift, flickering, changeable. A kaleidoscope of waves and situations full of attraction. This current is sometimes so stunning that it carries people away – women and men. They get carried away by the thought of that they have absorbed the whole secret of love, but in fact they have not yet even touched it. They are happy for a while, thinking they have reached the limits of existence and wrested all its secrets from it, so that nothing remains. That’s how it is: on the other side of that rapture nothing remains, there is nothing left behind it. But there can’t be nothing: there can’t! Listen to me, there can’t. Man is a continuum, a totality and a continuity – so it can’t be that nothing remains!”

Adam goes on to say:

“Love is not an adventure. It has the flavor of the whole man. It has his weight and the weight of his whole fate. It cannot be a single moment. Man’s eternity passes through it. That is why it is to be found in the dimension of God, because only He is eternity.”

When Anna, in a difficult marriage, decides to sell her wedding ring, the Jeweler refuses to buy it back. He says “This ring does not weigh anything…only both together will register”, symbolizing the obligations of marriage. When she attempts to seek comfort with other men, Adam says to her quite simply “No” and makes an impassioned plea:

“Ah, Anna, how am I to prove to you that on the other side of all those loves that fill our lives there is Love! The Bridegroom is coming down this street and walks every street! How am I to prove to you that you are the bride? One would have to pierce a layer of your soul as one pierces the layer of brushwood and soil when looking for a source of water in the green of a wood. You would then hear him speak: Beloved, you do not know how deeply you are mine, how much you belong to my love and my suffering – because to love means to give life through death; to love means to let gush a spring of the water of life into the depths of the soul, which burns or smolders and cannot burn out. Ah, the flame and the spring. You do not feel the spring, but are consumed by the flame.” 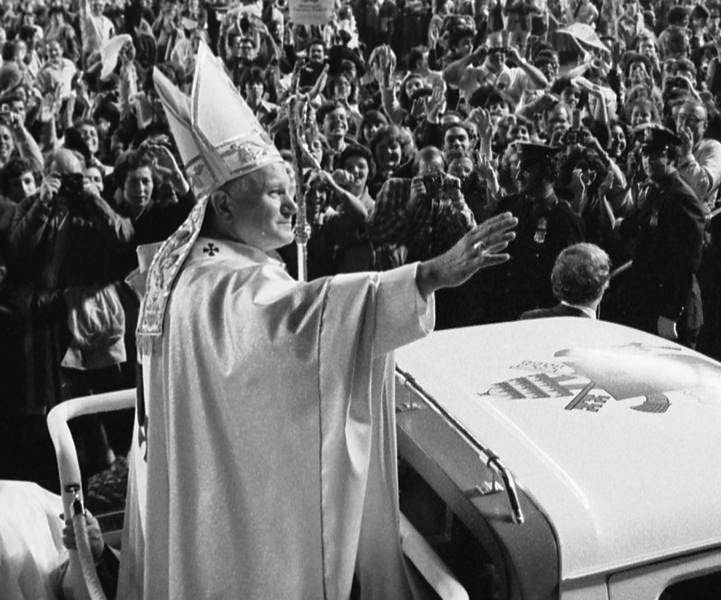 The imagery of the Bridegroom comes from the parable of the foolish virgins found in St. Matthew’s gospel (Mt 25:1-13) and Adam warns Anna not to be one of the foolish virgins, who are spiritually asleep and will overlook eternal love when it comes. The play suggests that God sees the entirety of our lives, all at once, not just the present moment we find ourselves in. Human love cannot withstand the pressure of reality and will fall apart unless it is rooted in its divine, self-giving source. For Anna, that means she means she must somehow, as difficult as it is, to find the face of the Bridegroom in her spouse.

The play does not find easy solutions to the demands of marriage, each couple is confronted with enormous challenges. But end of the play leaves us with hope – the simple hope of the theology of St. Therese of Lisieux, for Stephan expresses some regret to Anna and says:

“What a pity that for so many years we have not felt ourselves to be a couple of children. Anna, Anna, how much we have lost because of that!”

As the Synod on the Family concludes, the legacy of St. John Paul II looms large, and I would highly suggest that Catholics read his great theological and dramatic works, for in them contain great wisdom and insights for all of us to reflect and meditate upon.

He is not called “The Great” for nothing. 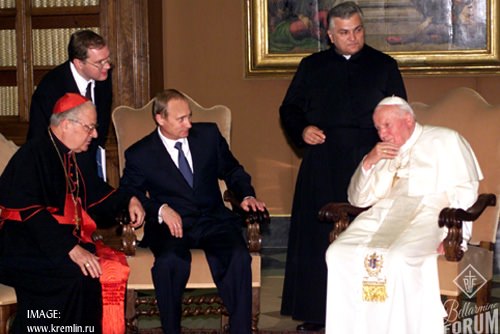 This article, John Paul II and the Synod: Love and Responsibility is a post from The Bellarmine Forum.
https://bellarmineforum.org/john-paul-ii-and-the-synod-love-and-responsibility/
Do not repost the entire article without written permission. Reasonable excerpts may be reposted so long as it is linked to this page.