In his Regensburg Address, Pope Benedict XVI quoted a Byzantine Emperor’s statements on Islam and considered his words rather “brusque” for modern ears; but I don’t think the pope ever criticized the content of those words as being untruthful. Unfortunately, today has proven once again the accuracy of Emperor Manuel Palaeologus’s observations. Mohammedan terrorists have once again struck in France; this time in a Catholic Church, decapitating the elderly priest at the altar during Mass and terrorizing the faithful until the young jihadis were shot by police.

This is but the latest of a Europe that seems to be under constant sacking by a new breed of an old barbarian. The m.o. of the terrorists seems to be that which we have seen before–soft targets: places where families shop, people gather, places where attacks are designed to terrify the maximum amount of people for a prolonged period of time. If one cannot be safe in one’s home, where can one be safe? Certainly the ancient laws of sanctuary do not apply in this “new reality”—for the steps of the altar itself have become a battleground in this latest attack.

By now, the West need not have any illusions as to whether Islam is a “religion of peace” or whether there is even a “mainstream Islam.” There is not. The religion has no central authority and there are different “readings” of Islam. To be sure, there have been demonstrations of peaceful Muslims against ISIS and other terror groups in the last year. This is to be praised and the media ought to showcase these people and their demonstrations. Yet it cannot be honestly said—either by our politicians or our pc opinion shapers—that ISIS or these terrorist groups represent “extreme” Islam or some sort of heretical interpretation.

Fr. Samir Khalil Samir, SJ, an Egyptian Jesuit, and a Vatican expert on Islam has provided us with the sobering reality. He states in his 111 Questions on Islam (Ignatius Press, 2009),

This means that when some fanatics kill children, women, and men in the name of pure and authentic Islam, or in the name of the Qur’an or of the Muslim tradition, nobody can tell them: “You are not true and authentic Muslims.” All they can say is: “Your reading of Islam is not ours.” And this is the ambiguity of Islam, from its beginning to the present day: violence is a part of it, although it is also possible to choose tolerance; tolerance is a part of it, but it is also possible to choose violence (p.71).

Practical prudence and the best of our tradition tells us not to paint with a broad brush; to condemn malefactors and not whole peoples. Yet, if one is honest, we must be truthful as to what Islam actually is and the limits of what its adherents can say. Likewise, in seeking to understand this dangerous religion, we ought to consider whether or not a decadent, atheistic, and relativistic West has painted a target on itself that gives rise to these campaigns of terror; and whether a civilization built upon such is even capable of defending itself. 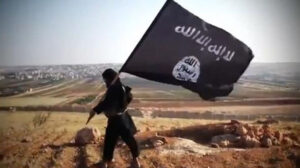 This article, Legitimate Islam is a post from The Bellarmine Forum.
https://bellarmineforum.org/legitimate-islam/
Do not repost the entire article without written permission. Reasonable excerpts may be reposted so long as it is linked to this page.