New McCarthyism is the Invisible Hand against Catholic teaching

It’s unlikely that the actor Gary Sinise, Fox News anchor Bret Baier, and beer magnate Pete Coors didn’t realize that Legatus, an association of observant Catholic business leaders, adheres to Catholic moral teaching when they agreed to speak at an upcoming Legatus Summit. Legatus has been known for Catholic positions on a number of issues, even among the celebrity set, as we’ll see below. So, one has to wonder what happens when a celebrity set accepts invitations to speak at Legatus, but abruptly cancels later.

Yet all three pulled out of the engagement, evidently pressured by a highly effective tactic of intimidation. 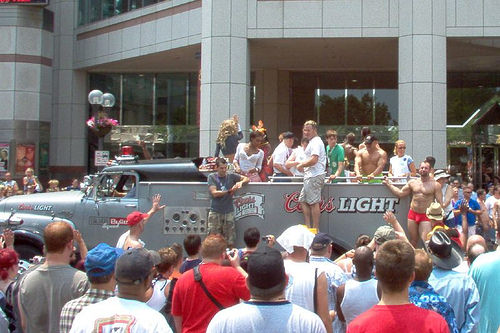 Coors Light Truck at a Columbus Gay Pride Parade in 2005 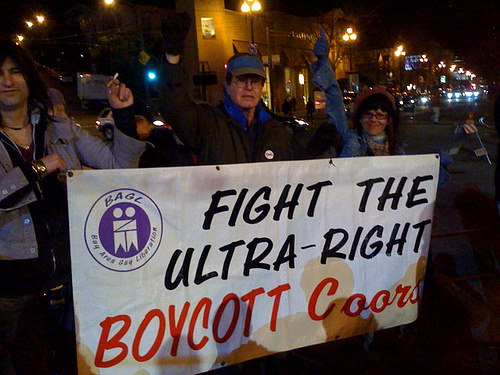 All three cancelled over concerns related to their livelihood. What else can one infer from this other than their livelihoods were threatened? If so, then this is the era of the New McCarthyism…only its targets aren’t the presumed socialists or their sympathizers of the 1950s but people who hold Church teaching in the matter of homosexual behavior. McCarthy wanted to uproot the communists among the US administration. History shows he was right. This New McCarthyism, however, doesn’t have a persona at its lead, and it doesn’t have history on its side. It’s been a growing trend, however. Recall that in 2013, Actor Bob Newhart canceled his speaking engagement at the 2013 Legatus Summit after the Gay & Lesbian Alliance Against Defamation (GLAAD) began to complain about it and Faithful America, a Soros-funded project of Faith in Public Life (FPL), threatened a petition against him.

Faithful America also organized an online petition that requested Archbishop Salvatore J. Cordileone of San Francisco cancel speaking at the June 2014 march for traditional marriage in Washington, D.C. Imagine that.  A Catholic bishop who believes “marriage” denotes a covenant between a man and a woman. These groups work against anyone contrary to them. It’s as if they don’t believe in free speech.

[Speaking of ordinaries that defend marriage, Recall that Paprocki is another one that believes in the truth].

Legatus executive director John Hunt has responded to the targeting of his organization in a statement that says: “Legatus embraces all that the Catholic Church teaches – nothing more, nothing less. Of course, at the core of all that the Church teaches is Christ’s unconditional love for every man and woman. While the Church has and always will teach about the morality of certain behaviors, these teachings are always to be understood in the context of the value of and respect for every human person. Church teachings on same-sex attractions are not intended to marginalize the individuals who experience them. On the contrary, the Church wants to reach out to these individuals — as well as all who will enter into dialogue about its teachings — and help them to understand why the Church teaches what it does.”

There aren’t any groups openly claiming to have caused these three celebrity invitees to decline, however. It just happened.

This article, New McCarthyism is the Invisible Hand against Catholic teaching is a post from The Bellarmine Forum.
https://bellarmineforum.org/new-mccarthyism-is-the-invisible-hand-against-catholic-teaching/
Do not repost the entire article without written permission. Reasonable excerpts may be reposted so long as it is linked to this page.