The Tragic Comedy of Dehellenized Vocabulary

Or, how classical Platonists and modern neoplatonists interpret Theology of the Body topics.

In his Regensberg lecture, Pope Benedict complained that we are now encountering the dehellenization of society. That one word has so much import that we could fill books speaking of the ramifications, but in my amateur capacity, I like to summarize what that means with this list: 1.) the hellenization of society was caused by the common acceptance that the philosophies, reasonings, and explanations of nature given by the Hellenic empire were sound; 2.) this Hellenization was acceptable to all because it formed a reasonable understanding of philosophy and nature; 3.) the common acceptance of Hellenization provided a common floor among society upon which ideas could be built and shared; thus, 4) the dehellenization is the removal of this common floor to society.

It literally means that no longer can two persons safely assume a shared basis to reason, and nearly any abstract discussion is now burdened with qualifications that rebuild Hellenistic concepts. For instance, the concept that what the senses observe, seeing a tree, means that the mind has an image of a real tree that exists outside of the person. This concept is no longer commonly understood. Here’s where the burden comes in: If someone wants to talk about sense perception, they must be sure the other persons with whom they discuss it actually accept what they say without some other understanding. What’s worse, if they don’t do this extra step, the same words and phrases can be understood in contrary ways!

If he said, “I saw a beautiful tree today!” The hellenized mind takes for granted that there exists a tree somewhere that matches description given. The modern dehellenized mind can go way off the tracks, however. For instance, a modern person hearing that statement will believe it reasonable to mean that he caused the tree to exist by seeing it (!). Another modern might think the tree exists nowhere other than in his mind. On and on. Imagine how much worse this is when talking about abstract ideas like virtue. (Maybe now it is apparent why so few even discuss virtue today — it takes too much exasperating work!)

This same sort of slippery ground exists in words. There is a joke that modern English is so flexible that a word means only what you want it to mean. We know this concept from another phrase given us by the Pope, “the dictatorship of relativism.” Words go all over the place. What happens when our Catholic language begins to adopt words that traditionally, in Hellenic understandings, have contrary meaning?

In the Hellenized world, the mention of the phrase “soulmates” is a singular concept that harkens to the speech of Aristophanes in Plato’s Symposium. Therein, Aristophanes explains how man existed before the fall. It is Plato’s idea of the garden of Eden. It is Plato’s “theology of the body” as it were.

According to Plato, man existed with four arms, four legs, and in three genders – male, female, and androgynous (both). There is some confusing idea there about each man being able to reproduce on his own. Plato, then, is giving the idea that each person had all they needed for sex on their own person. It was man’s punishment, by Zeus, that split them apart into divided humans. He goes through great pains explaining that the first try didn’t work, and Apollo had to remake the halves and move the genitalia from the back to the front. 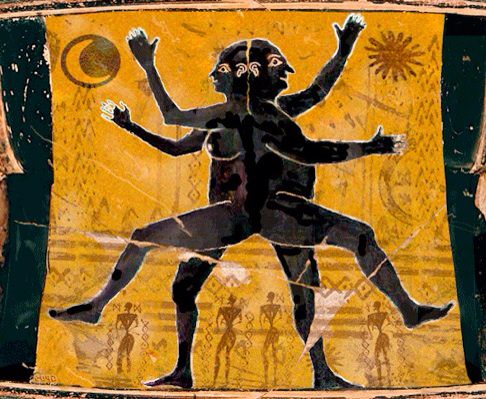 For Plato, then, the only consequence of the fall of man was a deficiency in the body. It is an idea at war with Catholic understanding because, among other things, original sin is the introduction of error to the mind and soul. For Plato, though, the concept of “soulmates” is the idea that these half-men seek their other half solely to have both genitalia again. Says Plato, “Each of us when separated, having one side only, like a flat fish, is but the indenture of a man, and he is always looking for his other half.” He reduced completion of the soul to genitalia.

Plato saw the error in man to be healed by sexual intercourse, as he explains: “if man came to man they might be satisfied, and rest, and go their ways to the business of life: so ancient is the desire of one another which is implanted in us, reuniting our original nature, making one of two, and healing the state of man.” It should be obvious that Plato’s idea of soulmates is not what we think. It’s a simple base explaination of the pleasure of sex. It is, for him, a return to man in the Garden of Eden. More important: the concept of soulmates is antithetical to Catholic explanation of the fall of man.

For a hellenized world, then, soulmates are understood to be something a Catholic would not believe in. In more modern times, Neoplatonism has build occult religions on this work. Theosophy, yoga, and Anthroposophy use this exact explanation to explain the redemption of man is found in the sex act. (!) Thus, there is modern religious import to the word soulmate, too – and the religious concept is nothing short of anathema.

Nevertheless, the dehellenized world picks the word up and uses it to describe the search for a spouse. You see the word everywhere. It is shocking, from the Hellenic sense though, to see a Catholic title use it to describe to teenagers the Catholic view of dating. 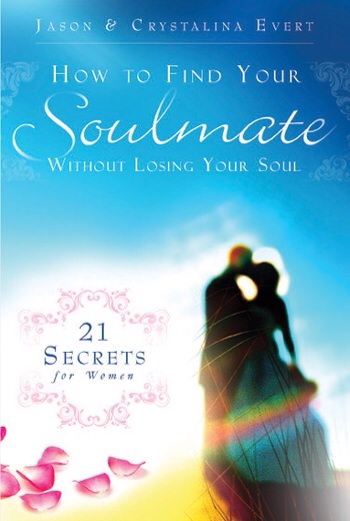 Obviously, the word is not used as Plato intended! You see though, why it would be off putting if understood in light of the historical use of “soulmates”. You might be tempted to scream “NOOOOO!”

That’s how crazy it is today in the dehellenized world. Since any phrase, word, or concept can have nearly any meaning, tragic comedy ensues. Nobody today, save for a few nerds like me reads the classics though. So there’s really no humor here because I’m positive They didn’t intend anything like this at all when making that title — rather, they were likely just using the hip phrases of society.

There is yet the further sense of our Lord’s explanation that spouse become “one flesh” not “one soul.” The real comedy here is that any couple married for length of years and decades will be the first to tell you that there are definitely separate souls in marriage! Just ask about arguments!

There is another phrase that has roots in Plato’s Symposium that is even more tragically comedic when compared to today. Aristophanes goes to a long discourse to explain and defend homosexuality and poedophilia. He describes, in similar terms of these “half bodies” and their pursuit of wholeness:

“But they who are a section of the male follow the male, and while they are young, being slices of the original man, they hang about men and embrace them, and they are themselves the best of boys and youths, because they have the most manly nature. Some indeed assert that they are shameless, but this is not true; for they do not act thus from any want of shame, but because they are valiant and manly, and have a manly countenance, and they embrace that which is like them.”

Thus, to Plato’s Aristophanes, “Naked without Shame” refers to those who defend homosexuality. (!)

Imagine, then, how anyone familiar with Plato’s Symposium reacts to this title: 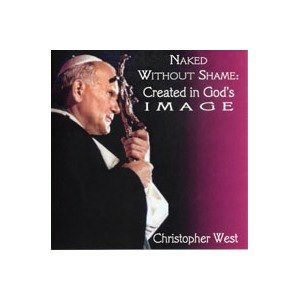 Obviously, that was never intended! It is tragically comedic, though. Tragic that words have been unmoored from the Hellenic floor we used to share. Benedict was right at Regensberg as nobody would expect these strange days!

I want to emphasize that there is no way the authors of those works intended to imply Plato’s uses! Not at all! But, it is a strange side effect of dehellenization — very strange!

For more information on the strangeness of Neoplatonism: see Wiesinger, Alois, Occult Phenomena in Light of Theology, Roman Catholic Books, 1961.

This article, The Tragic Comedy of Dehellenized Vocabulary is a post from The Bellarmine Forum.
https://bellarmineforum.org/the-tragic-comedy-of-dehellenized-vocabulary/
Do not repost the entire article without written permission. Reasonable excerpts may be reposted so long as it is linked to this page.