We Have Everything Through Mary 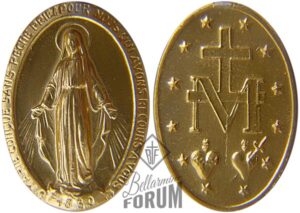 On the Feast of Mary, Mediatrix of All Graces… 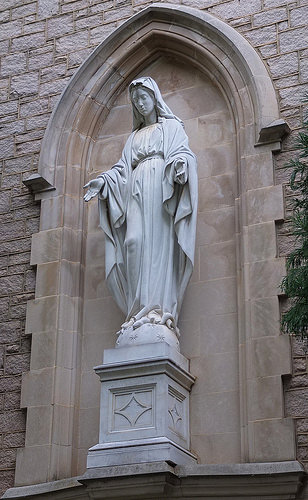 One of the great difficulties we face today is a dearth of Marian devotion. It is not uncommon to walk into a Church and find it devoid of any images of our Blessed Mother. The great Marian feasts no longer involve processions in honor of the Blessed Virgin in the typical American parish. It’s not uncommon to hear Mary’s importance downplayed, in order to support a false sense of ecumenism that sees distinctive Catholic Theology as the greatest roadblock to healing the Protestant schism. To hear many Catholics speak about the Most Blessed Virgin Mary, you would think you were talking to a Lutheran. Good luck finding a priest willing to make the even minor act of reverence in bowing his head at her name.

This is typically where I hear that everyone has different devotions and no single devotion is right for everyone. After all, so many claim that there are many different Catholic spiritualities: Ignatian, Dominican, Franciscan, etc…  How can someone obligate all Catholics, regardless of their personal spiritual life, to something universal? I once heard a Priest assure a member of an RCIA class that struggled with the idea of Mary that they would never have to do any Marian devotion once they became Catholic. No one would ever make them pray the Rosary or practice any reverence towards Mary that they didn’t feel comfortable with.

[Ed. Note:  Yet the Rosary has proven to be the lifeline of holiness.]

Devotion to Mary, the Mother of Jesus, Isn’t Optional

The biggest problem with “optional” Marian devotion is that the devotion not simply one option among many. Marian devotion isn’t like Ignatian or Dominican spirituality, a preference that different people may or may not share. Marian devotion is the common thread that runs through all Catholic devotions. Marian Devotion is found in all the Saints and finds a home in the Mass. It’s not difficult to see the negative effects that flow from this way of thinking: when devotion to the Blessed Virgin wanes, devotion to our Lord Jesus Christ, and thus the entire Blessed Trinity follows. Pope Leo XIII said: “Just as no one can approach the highest Father except through the Son, so no one can approach Christ except through His Mother.”  This waning devotion to the Blessed Virgin Mary affects every part of our spiritual life.

Devotion to Mary, as with Catechism, Starts in the Home

Given this tendency to downplay the Blessed Mother and relegate her as an outdated, optional devotion, it should be no surprise that young people have little to no devotion to their Mother. Even among young adults that attend Mass weekly, which is already a small minority among the age group, they have little to no exposure to Marian devotion in any form, besides the few older folks who stay after Mass to say their Rosary. There are a hand full of people from the age group that practice the traditional devotions to our Blessed Mother and they all have one thing in common: they all grew up practicing devotion to Mary at home. Whether it was a family Rosary, a daily Angelus, devotion to images of the Virgin, May crowning, or consecration to the Blessed Virgin Mary, practicing devotions at home seems to be the common indicator of a strong Marian devotion.

Another way to recover proper devotion to the Blessed Virgin Mary is to put a renewed emphasis on Mary, Mediatrix of all graces. The Most Holy Mother of God was an essential part of our salvation, not merely an incident to the incarnation. As Pope St. Pius X said: “‘As the result of this participation between Mary and Christ in the sorrows and the will, she deserved most worthily to be made the restorer of the lost world,’ and so the dispenser of all the gifts which Jesus procured for us by His death and blood.” Were we to refocus on the truth that the Blessed Virgin is truly the means by which we receive the graces of the Cross, it would necessitate giving her the proper veneration and devotion, and as a result, would lead to the proper love of her son, our Lord Jesus Christ.

Mary, Mediatrix of all Graces, Pray for us! 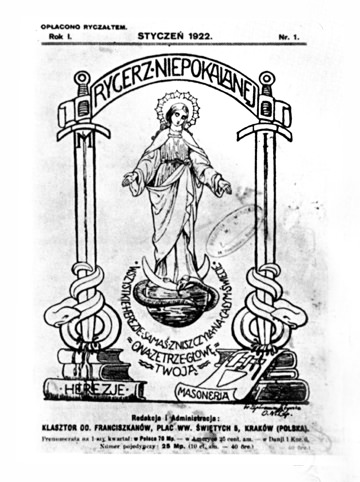 This article, We Have Everything Through Mary is a post from The Bellarmine Forum.
https://bellarmineforum.org/we-have-everything-through-mary/
Do not repost the entire article without written permission. Reasonable excerpts may be reposted so long as it is linked to this page.