What Do You Do? Do you Scream? Do You Shout?

Years ago, I recall Fr. Hardon talking about Communion in the hand, and at one point, after explaining some of the boneheaded things, Fr. asks, “what do you do? do you scream? do you shout?” Sometimes, it’s just that way with Mother Church. Today was no exception.

I like to recall the saga in the past sometimes because many of the mouths opining on things Catholic seem to have amnesia or ennui for recent Church history. In fact, often times, it seems that the Catholic commentary has a history that starts in 2008 or so. The ancient history to which I refer is back in the 90s when all the rage turned to inclusive practices, such as washing women’s feet. After all, the churches had been whitewashed, Communion was being distributed by high-heel donning teens in miniskirts, theology was reduced to inane sentimentalities etched on felt banners adorned with elementary geometric shapes. And the readers were no longer deacons or priests but ex-nuns with a chip on their shoulder, and yoga flunkees that raised their hand to indicate it was time for the congregation to respond. ICEL had destroyed, literally, the liturgical texts, and Bishop Troutperson was beating the drum to change the texts further to eliminate references to gender. What else was left? Altar Girls were busy primping in the sanctuaries that had their rails and gates removed in order to make them more accessible to the laity.

One day, some liturgist was sober enough for a moment to innovate great heights of inclusivity. Since the sanctuary was overrun with women already:  liturgical dancers, lectors, and altar girls, why shouldn’t the priest wash their feet on Holy Thursday, too? And so it began. The Catholic press turned it into a decisive issue of patriarchal suppression.

It was all the rage twenty-five years ago. Eventually, the Bishops Conference, fraught with concerns over some people saying the Our Mother prayer, made a momentous decision [perhaps I pour the sarcasm a but thick] and issued some sort of statement that really left the door open to women. It went something like this:

At their June 1996 meeting, the National Conference of Catholic Bishops (NCCB) proposed a change to emphasize that all are called to serve one another in love. “Those whose feet are washed should be chosen to represent various people who constitute the parish or community: the young and old, men and women.” The proposal would allow women and children to be among those whose feet would be washed. It would not allow the washing of hands, or some other substituted ritual. While approved by more than two-thirds of the U.S. Bishops, this norm requires the confirmation of the Holy See in Rome before becoming law for the United States of America. The Vatican has yet to give formal approval to the inclusion of women and children in the washing of feet.

from a CUF flyer on the washing of Women’s feet.

It’s not clear to me, apart from the desacralization of the ordained priesthood and the sanctuaries of our Churches why we are doing this. In the Gospels, women washed Our Lord’s feet. Our Lord washed the Apostles’ (bishops) feet. I don’t see where Our Lord washed Mary’s feet. I don’t see where the women ever demanded such. Nevertheless, reports the Catholic Herald today:

Pope Francis has issued a decree changing the way that the Holy Thursday foot-washing rite is celebrated around the world.

The decree was published today by the Congregation for Divine Worship and the Discipline of the Sacraments and signed by prefect Cardinal Robert Sarah.

The decree says that the rite should no longer be limited to men.

The letter, written in Italian, says that the Pope made the changes “so that it might express more fully the meaning of Jesus’s gesture in the Cenacle, His giving of Himself unto the end for the salvation of the world, His limitless charity”.

The Pope continues: “After careful consideration, I have decided to make a change to the Roman Missal. I therefore decree that the section according to which those persons chosen for the washing of the feet must be men or boys, so that from now on the Pastors of the Church may choose the participants in the rite from among all the members of the People of God. I also recommend that an adequate explanation of the rite itself be provided to those who are chosen.”

The letter is in Italian on the Vatican site here.

So, can anybody give an adequate explanation of the rite anymore?

Clearly, I don’t understand the change. I thought Holy Thursday was all about the ordained priesthood and the institution of the Mass. Even Jesus’s own Mother was not there to have her feet washed. Moreover, she appears to have never asked for it either. Holy Thursday had something to do with the ordained priesthood in regards to the feet being washed. So why change that now?

If you want to see feet washed, go to the cathedral and watch the Bishop wash priests’ feet. Why does this have to happen in every parish? It doesn’t. But I’ve seen the carnival circus AmChurch can make this into. Be prepared for large processions and banners and dancers this year. Never mind that it’s too much trouble to process for Corpus Christi. They’ll do it up for Holy Thursday this year, though. And probably serve a seder meal in the parish hall to boot.

I could wax for a while on Aristotle’s Politics wherein he advises that the tyrannical state should pander to the women and slaves because they will then work for the state to preserve the tyranny. We know that the Soviet system had engendered and weaponized feminism for precisely that purpose. Why would the Church now foster the furtherance of that social culture by this norm change of Pope Francis?

But that direction would miss the point. The real point is that most people in the pew in America were confused on this thirty years ago. Really, given everything else that has been done to destroy the sanctuaries and deconstruct ordained priesthood, this isn’t anything, is it?

I guess the Pope is saying that Holy Thursday isn’t about priests anymore. At least it looks like that. 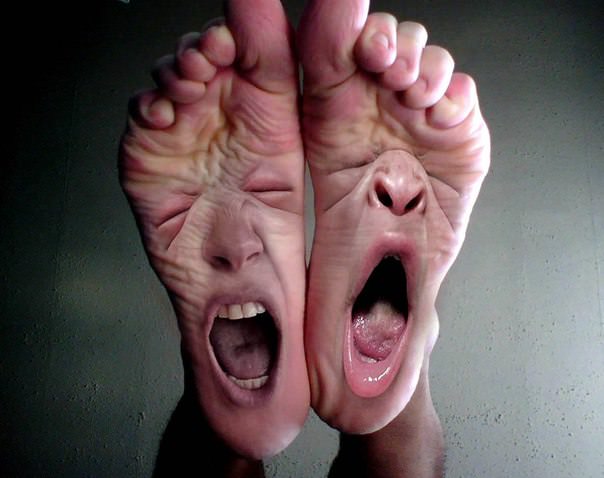 This article, What Do You Do? Do you Scream? Do You Shout? is a post from The Bellarmine Forum.
https://bellarmineforum.org/what-do-you-do-do-you-scream-do-you-shout/
Do not repost the entire article without written permission. Reasonable excerpts may be reposted so long as it is linked to this page.