The Immaculate Heart Prevents Modern Errors on the Sacred Heart 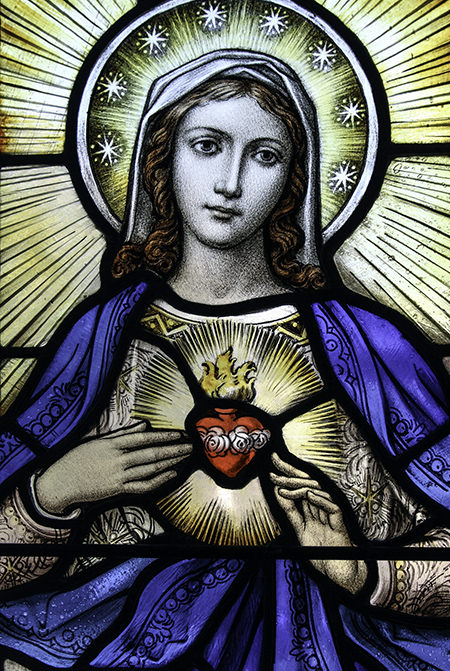 I noticed a new book pushed out by Notre Dame University, it is a $79 book of a doctoral dissertation. The title should be your first hint that something is wrong:  “Being Salvation”: A Reinterpretation of Rahner’s Christ as Savior by author Brandon R. Peterson. A quick scan of the book in google books reveals a long discussion about the sacred heart statue on the campus of Notre Dame and how that firey heart calls people to join it. Nice enough sentiment, but the title “being salvation” and the name Rahner is all we need to know that something is wrong. You see, Rahner is a modern that I believe is what we can best call a “process theologian” (the academic hairsplitting starts here and I know some will disagree…. that’s fine).

I want you to notice that this is a product coming out of Notre Dame TODAY.

McBrien is the Root of This Rahnerworld

I can’t blame a doctoral candidate at Notre Dame for feeling the pressure to cast off the relics of medieval oppression and get with the times, however. It was Fr. McBrien in his book Catholicism that told us that the Sacred Heart is something of the past to be ignored. Says McBrien at pp. 469-470 of that title:

Catholic Christology from the time of Aquinas to the middle of the twentieth century remained essentially the same in structure and in content…The residual medieval influence was particularly evident in the raising of subsidiary questions—e.g., whether Christ could have been called a human being or the Christ while he lay in the tomb between Good Friday and Easter Sunday; the reconciliation of the “sadness of Christ with his smilessness; the legitimacy of devotion to the Sacred Heart.”

That’s how Richard McBrien explains his view of “The Christ of Twentieth Century Theology”. I’ll explain briefly why this should be concerning.

Modern Process Theology Fantasyland is Focused on “The Force”

Moderns are afflicted with worshipping themselves, for one thing. They speak of God, but they mean a vague supernatural force. Many times, they mean an artifact of their own thoughts (an abstraction of the neopaganism Fr. Hardon spoke of).

And it’s worse among Catholics who fall into the pit of process theology (such as the Tielhard de Chardin hell). For them, they make the hypostatic union into some sort of eternal evolution wherein man will divinize himself (get the error there… himself? man cannot save himself) by evolution of time. The fantasyland here is that they think the universe is evolving. It isn’t. It’s falling apart. Entropy itself and the laws of thermodynamics stand to prove that they’re wrong unless there is a God intervening and making things better for us.

Catholics who follow the idiot (my opinion, at least) Karl Rahner are susceptible to this as well. Said Rahner, “The permanent beginning and the absolute guarantee that this ultimate self-transcendence, which is fundamentally unsurpassable, will succeed and has already begun, is what we call the ‘hypostatic union.’  That’s from Rahner, Foundations of Christian Faith, p. 181.

Only God who condescended to become a man, Jesus, can transcend. It is by His power –as a human that resurrected from death- that any man transcends.

What do these big word self-transcending people like Rahner mean? They see God as a faceless energy or math equation in the universe. Almost like some sort of vedic guru, they think one merely needs to get on the evolutionary path and you will evolve into God energy or something…

How Mary and Her Immaculate Heart Gets in Their Way

The problem here with self-transcendence and neopagans is Mary. A faceless process of evolution does not have a Mother. It doesn’t even care to be sure that you are loved by a Mother. It wouldn’t care about that. No, only a real person, one with a heart like ours wants to be sure that everyone is loved by His Mother.

[T]he Divine Heart of Jesus, burning with love for us, who are guilty, has found to this end a means most worthy of divine wisdom. He gives to us His own dear and beloved Mother as mother and protectress […] In addition, He has given her a most magnanimous heart, so much so that she could never fail to spot even the smallest teardrop on earth or neglect to worry about the salvation and sanctification of every man.

There lies a bridge to the Most Sacred Heart of Jesus. […]

He goes on to explain that Mary never fails to obtain the grace to help even the most diseased soul. She gets those graces from the Heart of Her Son.

Earlier this week, I mentioned St. Robert Bellarmine’s shredding of Martin Luther, and his expose of Luther’s hatred of the Blessed Mother. One should be able to tell that Luther could not understand the Sacred Heart of Jesus, because Luther failed to acknowledge Jesus’s gift of own His Mother to us. He HAD to remove Mary from the picture in order to create his erroneous Christology.

The same is true of all heretics.

Only by considering our own hearts could we even come close to understanding the Sacred Heart. It is human like ours, after all. If you care for another, then you want them cared for. You want your Mom to care for them the way she cares for you.

That’s what Jesus did on Calvary.

The love burning in His heart for us drove Him to the Cross. There, He went overboard to care so much more for us, that he then wanted us to have the same care and love from His own Mother. He gave her so much grace that the angel hailed her as “full of grace.”

I’m not just sapping Hallmark sentiments on you here. Pius XII speaks of this in his encyclical on the Sacred Heart:

“In order that favors in greater abundance may flow on all Christians, nay, on the whole human race, from the devotion to the most Sacred Heart of Jesus, let the faithful see to it that to this devotion the Immaculate Heart of the Mother of God is closely joined. For, by God’s Will, in carrying out the work of human Redemption the Blessed Virgin Mary was inseparably linked with Christ in such a manner that our salvation sprang from the love and the sufferings of Jesus Christ to which the love and sorrows of His Mother were intimately united.

and again, he makes the point that her Fiat was cherished by Our Lord because it gave Him the human heart with which He could love us.

Another most precious gift of His Sacred Heart is, as We have said, Mary the beloved Mother of God and the most loving Mother of us all. She who gave birth to our Savior according to the flesh and was associated with Him in recalling the children of Eve to the life of divine grace has deservedly been hailed as the spiritual Mother of the whole human race. And so St. Augustine writes of her: “Clearly She is Mother of the members of the Savior (which is what we are), because She labored with Him in love that the faithful who are members of the Head might be born in the Church.”

That Mary is a gift of Jesus to us means that He was not a symbol of a human, nor was He merely masquerading as a human…  He truly became a human. He has a real heart in His chest just as you and I. And that heart loves you.

Most Sacred Heart of Jesus, have mercy on us!

Immaculate Heart of Mary, pray for us! 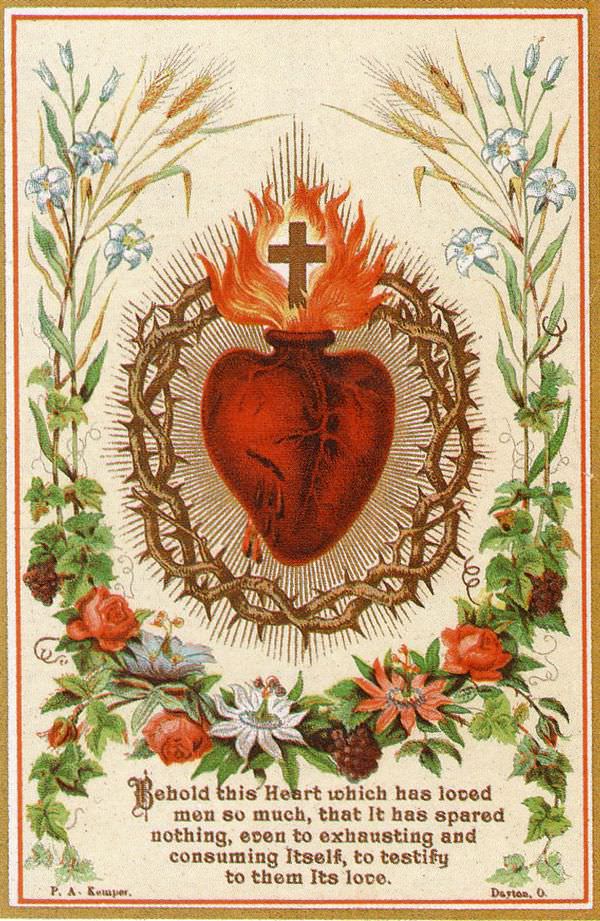 This article, The Immaculate Heart Prevents Modern Errors on the Sacred Heart is a post from The Bellarmine Forum.
https://bellarmineforum.org/immaculate-heart-prevents-modern-errors-sacred-heart/
Do not repost the entire article without written permission. Reasonable excerpts may be reposted so long as it is linked to this page.