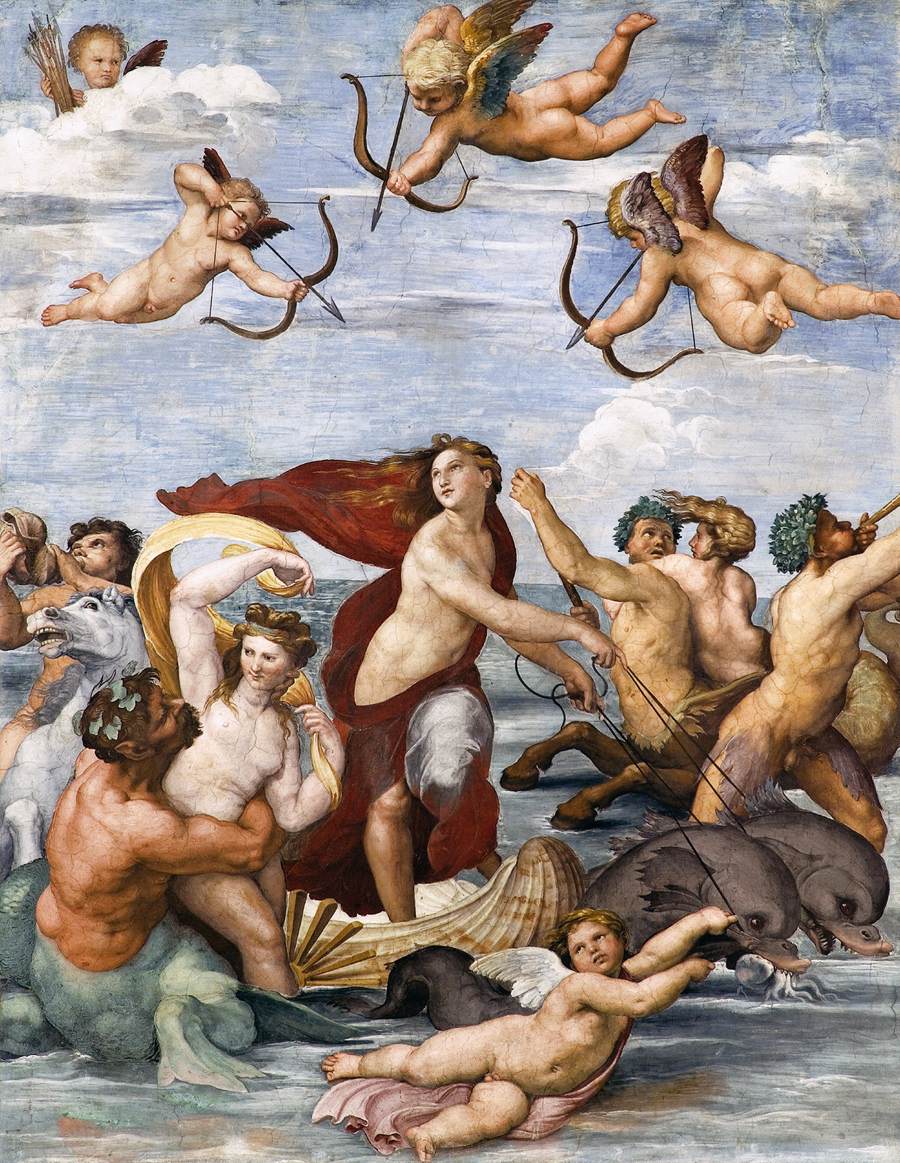 Prior to God becoming man, devout souls had only the law, given by God to Moses. It was from God, but the laws is a thing nonetheless, not a person.  Prophets got to be with God, know His person in person, but everyone else knew him from the law and what the prophets said.  To be holy, you followed the law.  God was far away, coming some day, but for now, follow the rules.  You showed extreme devotion by going beyond the mosaic law and into customs and scrutinies.  It’s so complex that there are well settled levels of observance.  The Pharisees, who looked at the law itself and seemed to avoid dealing with the person, were one of the three major groups of Jews.  The other two were the Sadducees and the Essenes.

Fear of transgressing God’s law drove the Pharisees to build a labyrinth of paralyzing prohibitions.  They started with the premise that nobody wanted to break God’s law, but out of fear that if they just left the law without more, people would break the law, so they added rules beyond the law. A rule was made to prohibit behavior that could lead to breaking the law. Thus, if you broke the rule, you knew that you did wrong by breaking the rule, but you had not broken God’s law itself.  The rules, then, served as a way to shield you from sin because they stepped out into lawful behavior and prohibited it. To make a better system of protection, rules on top of rules were built.  Soon, as Jesus observed, nobody was allowed to do anything because it was all forbidden.  That’s what happens when you don’t know the person, but react with fear that you might do something wrong.  Fear is not the same thing as love.

Jesus makes it very clear throughout the Gospels — keep the law for love of God, loving Him with your whole heart, mind, and soul, and treat your neighbor with love.  That’s the sum of the law.  Fear doesn’t have a place in that.  Being a hypocrite, and placing burdensome rules on others and accusing them by suspicion doesn’t merit God’s favor.  There is no example of someone being redeemed of that sin.  Jesus did have a lot to say about that, though — none of it was “nice” by today’s standards. From what I can tell, the rules of the Pharisees, and the way they treated people who did not follow their own rules, are precisely what kept them from recognizing the Person of God right in front of them. They spoke with Him, they spent time with Him, but they did not come to know Him. How sad!

Jesus, after all, is a Person, not a mere law.

Scrutinies and Customs are not the same as the hypocrisy of the Pharisees, though.  Especially not as it is seen today, where observance is largely a personal choice.  Take, for instance, the rules an observant Jew should follow regarding contact with the opposite sex:

Those rules look a lot like what I see people saying Catholic dating should be!!!   Actually, I think the Jewish rules are a little more accommodating because they allow for an exception to save the life of another. (*snort*  laughing in my sleeve)

Don’t laugh though, because it’s even stranger.  I’ve heard actual debates between well intended Catholics as to how many seconds a kiss may continue before it becomes passionate.  People fighting over how many seconds and fractions of a second.  It is that absurd! There are even those who, apparently sick of trying to figure out how many seconds makes a passionate kiss, ban all kissing and hand holding until marriage! That’s even funnier — clearly these rule-making Catholics have never been among Mediterranean or Middle Eastern people, where kissing is expected among everyone, greeting, saying goodbyes, etc.

The problem with the “Catholic” dating scene, as I see it, is that it is becoming overriden with fear and suspicion and rules like the ones above are being propagated as if they were the only way to properly observe Catholic faith.  That’s sad and error.  Large tomes of rules, all geared towards the fear that the dating couple will engage in premarital sex, occupy the field.  It’s as if that’s the only thing that could go wrong!  Who cares if the person lies, cheats, steals, is a faker/poser, or a louse — if they don’t kiss you, they love God and you can date them!

Dating is getting to know a person, not merely rules.

Underneath this mess, the point of dating/courtship/boy-meets-girl is that two people should get to know each other, their character exposed by time.  Eventually, they get engaged and get married, having had time and opportunity to see if the other person practices virtue, loves God, makes mistakes, and all the other fun things that make us human.  It’s difficult to see how people can do that when the time they spend together is hyperfocused on the fear that they will have sex.  Being afraid of attraction and affection is not the point of dating. Being hyperfocused on it, if anything else, will probably make it more likely.

What’s worse, single Catholics are being mislead by well intentioned religious ed, and abstinence programs and parents who might be reacting to the fear that their kids will be wild, to think the rules are Catholic — as in the only way to be Catholic.  They aren’t — they’re cultural at best — note I say, “at best.”  The fear is morphing into a modern Pharisaical sect emerging among Catholics, though.  It’s so bad, that if a person rejects the rules, any brand of the modern ones, perhaps because they know a near occasion of sin when they see it and don’t need arbitrary rules to govern them needlessly, they are held in suspicion.  They may even reject the rules because they have ethnic traditions regarding courtship that are naturally superior to such arbitrariness.  It doesn’t matter in the view of these modern Pharisees — rejecting the rules means you need to be taught them! Let the re-education begin!

Despite the well intentions, suspicion is a sin.  It is the belief that a person has done wrong without reasonable evidence.  Even if it isn’t suspicion, a person’s disinterest in the rules causes those who follow these Pharisaic fear tactics to cast aspersions on them.  I say “cast aspersions” as a soft way of saying calumniate, because these aren’t really accusations, but more doubt about the worthiness of another.  Since they are hyper-focused on the evil of premarital sex, they forget about the other sins. I think all the rules prevent people from recognizing the person in front of them  just as it prevented the Pharisees from recognizing Jesus.

As far as dating, however, this passing trend of abreaction to the possibility of sex is causing people to see all dating as a giant occasion of sin. They then try to safeguard everyone by banning affections, making odd practices to distract the couple, and the illusory promises of how to make dating “safe” all seem to crowd away the real point:  dating is a human endeavor, it is the exercise of boy meets girl, girl winks at boy, boy asks girl out.  If they like it, they do it again.  And again. and again.  And they spend time together getting to know one another — not being afraid of each other. 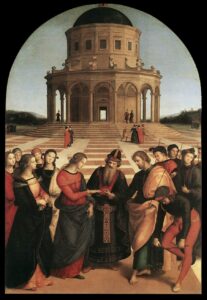 There’s no need to make dating “safe” between a couple that already strives to be in a state of grace. It already is as “safe” as it can be because they will have grace and the companionship of God. Last time I checked, Jesus said, “Be not afraid.”  I’m still looking for that part of the Gospels where He tells us to continue on as Pharisees, though. I just can’t find it.

This article, Kosher Observance is the new Catholic Dating Scene? is a post from The Bellarmine Forum.
https://bellarmineforum.org/kosher-observance-is-the-new-catholic-dating-scene/
Do not repost the entire article without written permission. Reasonable excerpts may be reposted so long as it is linked to this page.

Tagged as: externals, pharisees, scrutinizes, Theology of the Body