Many in America tell us God has no place in the public sphere. Especially Jesus. Nativity scenes are forbidden on Government property, unless it’s one of a hundred different displays. Christmas is preceded by months of advertising. The “you need this” advertising of vehicles and jewelry now began soon after Halloween.  Christmas is secularized.  To top it off, the U.S. Bishops moved celebrating the Epiphany on 6 JAN to sometime between 2-8 JAN.  Disrupting the 12 days of Christmas.

This is not a ba-humbug article. On the contrary. It’s an argument for an actual 12 days of Christmas, and to keep Epiphany on 6 JAN. There are four reasons why. Before we get to that, a short history on Christmas and Epiphany.

The Octave ends on 1 JAN, the Feast of the Mother of God and Name of Jesus. Octaves developed over time as an early Church celebration marking feasts of great importance.  Essentially, it’s eight days of partying.

The 12 Days of Christmas is not only 12 days of celebration but ends on “Little Christmas,” or the Epiphany, when the Magi bring gifts to Christ.  In the Eastern Catholic tradition it’s called Theophany.  Theophany means “Manifestation of God” and it’s a celebration of the Baptism of the Lord, along with the Nativity and Magi.

The Epiphany denotes not only manifestation, but Christ’s royal kingship because the Magi bring him kings’ gifts.  Many have wonderful Theophany or Epiphany traditions: blessing the home, giving gifts, and baking the “King’s Cake.”

Since the second century the Epiphany was celebrated on 6 JAN. Officially, the Nativity was marked on the calendar as 25 DEC sometime in the 4th century.  Still, in many parts of the world and some Eastern Catholics celebrate Christmas, Epiphany and Theophany on 6 JAN. In America, 6 JAN was a holy day of obligation until the U.S. Bishops moved the Epiphany Mass to a Sunday sometime between 2-8 January.

There are 4 reasons to celebrate the 12 Days of Christmas until 6 JAN.

Twelve days remind us and deeply roots into our hearts the reason we celebrate Christmas. It actualizes the Incarnation. The Son of God becoming a Man. God humbling himself as a babe, born in the cold, surrounded by animals, all because He loves us. Removing the one-day only celebration of Christmas and replacing it with 12 days re-enforces the Incarnation. Twelve days where the Christmas tree is up. More days of tiding and spreading cheer.  Feast days for 12 days.  The twelfth day ending on “Little Christmas.”  That’s twelve days of Christ’s birth as a sign to the world.

The Epiphany is the climax of recognizing the Manifestation of God. The Creator chose to unite his Divinity with our humanity, and by doing so changed all of creation. Created a ripple effect through time and space. Worshiping the God-man brings hope that our bodies will one-day be united to His Divinity on the last day. The Divine shared in our humanity, and one day we can share in His Divinity. That’s the Christmas identity.

Twelve days of Christmas marked with various feast days, devotions, and traditions draws this identity out. The more the identity of Christmas is emphasized, the less secular it may become.

Connection to the Past:

Third, ancient prayers and devotions, like St. Alphonsus de Liguori’s Incarnation, Birth and Infancy of Jesus Christ, run the full 12 days.  Historically the 12 days of Christmas ran, well, 12 days.  Moving the Epiphany from 6 Jan to another date is counter to historical devotions.

Fourth, it unites us to our Eastern Catholic family and the Western Church who still celebrate Epiphany on 6 JAN. In the Nicene Creed (325 A.D.) we say we believe in “one, holy, catholic, and apostolic church.” When we celebrate a full 12 days of Christmas we bring this belief into reality. 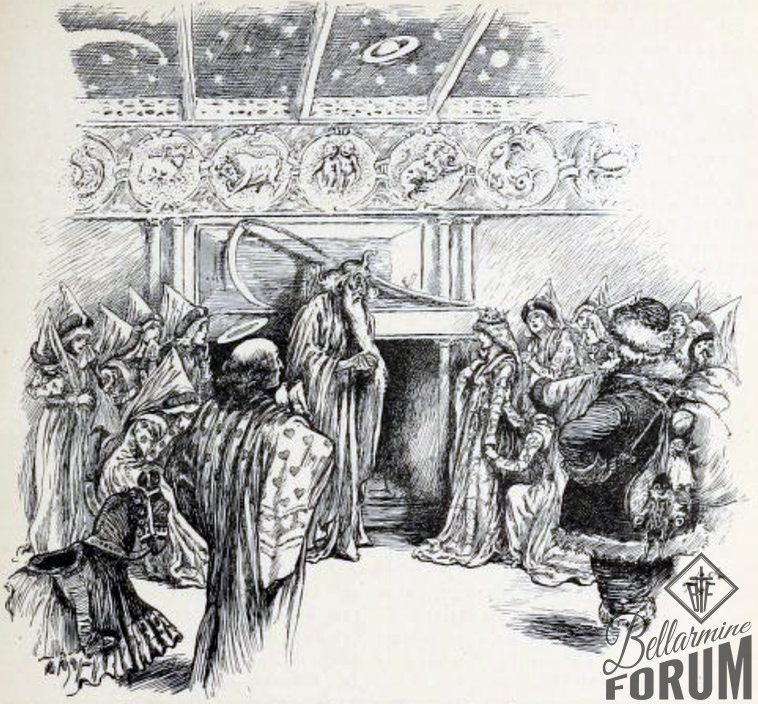 One, Holy, Catholic, and Apostolic:

Since the U.S. Bishops moved the historical celebration of the Epiphany the timeline is all messed-up. Catholic means universal. Epiphany celebrated in America on a different day is not universal.  It’s not one voice on the same day exclaiming the manifestation of God, bearing gifts to the Christ child with the Magi.  There is no unity with the rest of the Church. Moving the date also deprives us synchronizing with century old holy devotions. (ed. note:  your editor constantly harps on this same problem with Ascension Thursday being moved to Sunday). There is a long ecclesiastical history of celebrating Epiphany Mass on 6 JAN. It cheapens our apostolic history and waters down our faith when Epiphany is now celebrated whenever.

It was once a holy day of obligation to go to church on 6 JAN. This meant that it was a moral obligation to worship God at Mass on Epiphany given its high importance.  The U.S. Bishops, though, must feel Americans are too weak to celebrate Mass during the week, so moved Epiphany to a Sunday. The Bishops move imply they either don’t have faith in the people to go to Mass on non-Sundays, desire to hold people to a standard, or want unity with the rest of the Church. I’m sure they want the latter.

Because the Bishops don’t require the faithful to go to church on 6 JAN, they rob the people from celebrating 12 full days of Christmas, derailing us Americans.  This is especially true when Epiphany is celebrated before 6 JAN.  It cheapens our faith.  Many Catholics feel cheated.

The Nativity and Epiphany are like to bookends with 10 rich books between them.  Take a bookend off and move it you disorganize the books. One good thing about Christmas being secularized is it will forever be on 25 DEC. The U.S. Bishops won’t move it to a Sunday sometime between 20-28 DEC.

This article, Why we need 12 Days of Christmas and How the Catholic Bishops Robbed us of Them is a post from The Bellarmine Forum.
https://bellarmineforum.org/need-12-days-christmas-catholic-bishops-robbed-us/
Do not repost the entire article without written permission. Reasonable excerpts may be reposted so long as it is linked to this page.