Onion Domes on the Seine! (or, Our Lord will be Praised) – updated

Last week, I ran across this story that people are upset over the idea of a Russian Cultural center to be built in Paris, on the Seine. 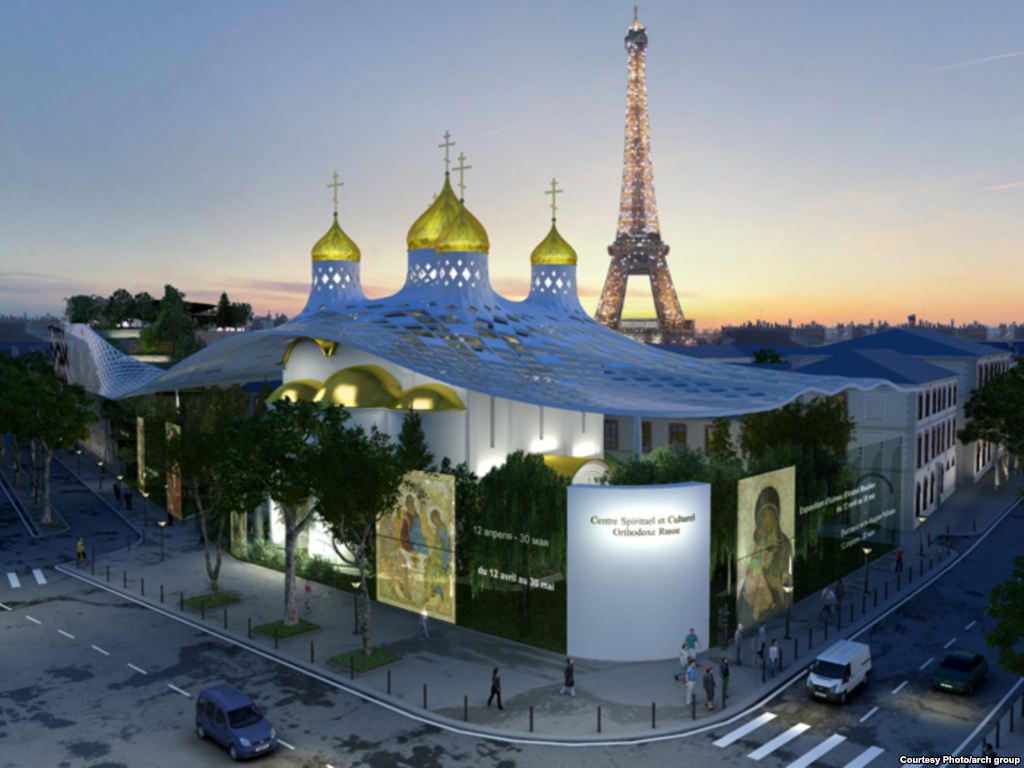 You see…this story is one of those that cannot be appreciated for the depth of irony and subtlety without some bit of history. 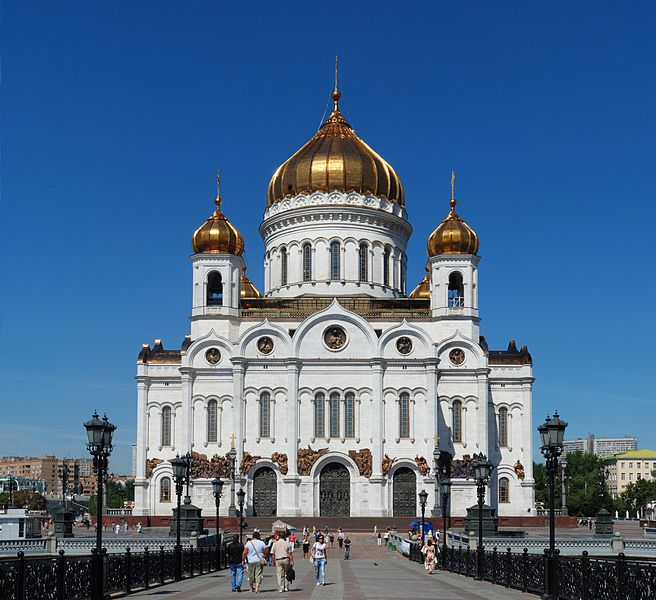 Cathedral of Christ Our Savior on the Moscow River

First, we must explain what the Cathedral of Christ Our Savior in Moscow is — and I promise to be brief and give but the thumbnail. Tsar Nicholas, successor and brother to former Tsar Aleksander, thanking God for the triumph of the Russians over the secular French invasion of Napolean Bonaparte (described as “doom” in the decree), ordered that the Cathedral be built close to the Kremlin and in a style fashioned after the Hagia Sofia. Aleksander had a weaker design further away from the Kremlin. Important to note — the Tsar dedicated All of Russia to Our Lord’s care, and attributed the Victory to the Power of His Cross. By 1860, Tchaikovsky’s 1812 Overture was written to commemorate the consecration of the Cathedral and memorialize the crushing defeat delivered to the French.

The Bolsheviks, specifically Lenin, ordered the Cathedral be destroyed. It was. In its place was to be built the Palace of the Soviets. Stalin became obsessed with building it. On top he wanted a large statue of Lenin that would bring the height of the building above the Empire State Building. They were never able to build there (God will not be mocked). After Putin was first elected in Russia, the Cathedral was ordered to be rebuilt. Not satisfied with the progress, Putin ultimately ordered Federal funds to help speed the completion of the Cathedral. Today, the Cathedral has regular Divine Liturgy, even Sunday School, according to its website.

It is, without elaborating on some many more details that could be easily added here, a significant place dedicated to Our Lord, Jesus, and the sign of His Cross. Look at how ironic it is. The French Revolution wrought secular anti-clericalism, and the evil of the Jacobins. Today, France is still a secular wish-wash. So bad in some ways, that the French Catholic and Moslems have formed a union to fight the President on his desire to issue gay marriage.

Whatever else France is, France is far away from the Catholic country it was that gave St. Joan of Arc. But, here come the Russians — unlike Hitler with tanks, or the French with Napoleon — with their onion domes and “culture.” It makes me think of the passage of the Gospel (Lk 19:40) wherein the Pharisees tell Our Lord to rebuke his disciples for praising Him, and our Lord says, “I say to you that if these shall hold their peace, the stones will cry out.”

The French, as a country, aren’t praising Him. Rather than send the stones, Our Lord sent Russians it seems. Soson Kyrie!

We don’t know yet whether the cultural center will be permitted to continue. I’m all for it, though.

To hear the Troparion of the Cross (which is sung at the end of every Oriental Divine Liturgy, Orthodox or Byzantine — the way Romans used to say the Last Gospel), check out this video: Then go listen to the finale of the 1812 Overture again, and chuckle as you think of onion domes being built in Paris.

O Lord, save your people, and bless your inheritance! Grant victory to the our country over its enemies, and preserve your community, by the power of your cross.

UPDATE: From today’s news, it appears that the French don’t want to see onion domes. I think I wrote that quote of the Gospel backwards, too. Based on this news, it seems that if the French won’t allow the Russians, that perhaps the stones will rise up to proclaim Him. How similar the situation in France is to our own-there’s good people in France, but the ruling order appears to have its own designs.

This article, Onion Domes on the Seine! (or, Our Lord will be Praised) – updated is a post from The Bellarmine Forum.
https://bellarmineforum.org/onion-domes-on-the-seine-or-our-lord-will-be-praised/
Do not repost the entire article without written permission. Reasonable excerpts may be reposted so long as it is linked to this page.