The Exaltation of the Holy Cross 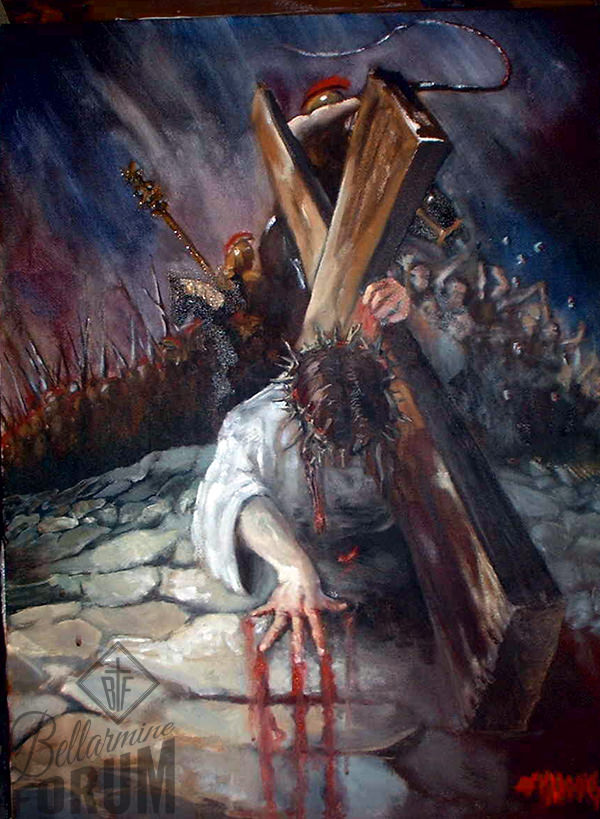 When Jesus was removed from the cross on Calvary, we all know what happened to His Body. But what of the cross?  Likely it was tossed aside or perhaps buried or hidden to keep the Christians from having it. For almost 300 years the instrument of our salvation lay hidden in the vicinity of Jerusalem. In 312 AD,  Constantine, son of  Helena and Constantius (ruler of Gaul and Britain), was in a battle for control of the Roman Empire. He prayed to the God of the Christians for a victory.  A luminous Cross appeared in the heavens with the words, “In this sign you will conquer.” Constantine emerged victorious in the battle at the Milvian Bridge. He became the emperor of Rome. He stopped the vile persecutions against the Christians and had the image of the Cross put on the shields and standards of the soldiers.

Helena became Christian after this victory and was a model of her faith in prayer and good works.  Even after her son made her Empress of Rome, she continued her devout practices. Constantine asked his mother to oversee the building of churches in Jerusalem, particularly on Mt. Calvary. While there, Helena sought the Cross of Christ.  At one point in the excavations, three crosses were located, along with other instruments of crucifixion. Legend has it the True Cross was determined when a sick person  was cured by its touch. The Church of the Holy Sepulcher was built on the site and parts of the Holy Cross were kept there.

In 614, Persians sacked Jerusalem and carried off its treasures, including the Cross of Christ  which had been encased in silver.  Emperor Heraclius of Constantinople invaded Persia and rescued the Cross, returning it in 629. When he reached the gate of Jerusalem, the Emperor laid aside all robes and marks of royalty and, clothed himself in the sackcloth of penance, and barefoot, he carried the cross himself up the hill of Calvary and restored it to its place in the Church of the Holy Sepulcher. This event is celebrated as the Triumph or Exaltation of the Holy Cross on September 14.

~ from Lives of the Saints, and Wikipedia

“The Cross — because of what it represents — is the most potent and universal symbol of the Christian faith. It has inspired both liturgical and private devotions: for example, the Sign of the Cross, which is an invocation of the Holy Trinity; the “little” Sign of the Cross on the head, lips and heart at the reading of the Gospel; praying the Stations (or Way) of the Cross; and the Veneration of the Cross by the faithful on Good Friday by kissing the feet of the image of Our Savior crucified. Placing a Crucifix (the Cross with an image of Christ’s body upon it) in churches and homes, in classrooms of Catholic schools and in other Catholic institutions, or wearing this image on our persons, is a constant reminder — and witness — of Christ’s ultimate triumph, His victory over sin and death through His suffering and dying on the Cross.

~ from the website of Women for Faith and Family

“Before Thy Cross, we bow down in worship, O Master, and Thy holy Resurrection we glorify.”

~ from the Byzantine  Liturgy

More on the Cross: 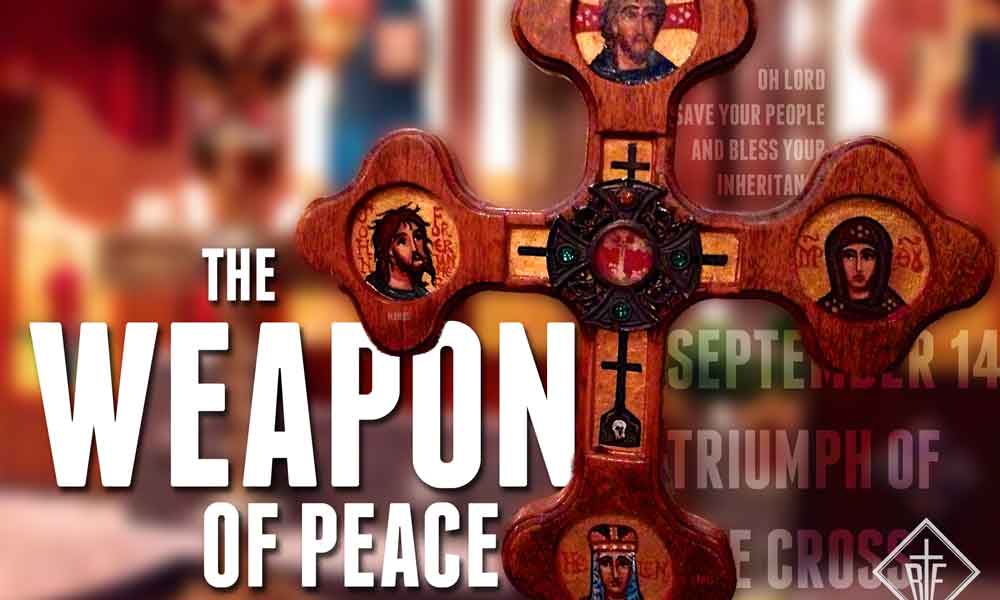 Embrace your cross this lent.

This article, The Exaltation of the Holy Cross is a post from The Bellarmine Forum.
https://bellarmineforum.org/the-exaltation-of-the-holy-cross/
Do not repost the entire article without written permission. Reasonable excerpts may be reposted so long as it is linked to this page.