Immaculate Conception, the First Reading launches our salvation history: Adam and Eve and the serpent. 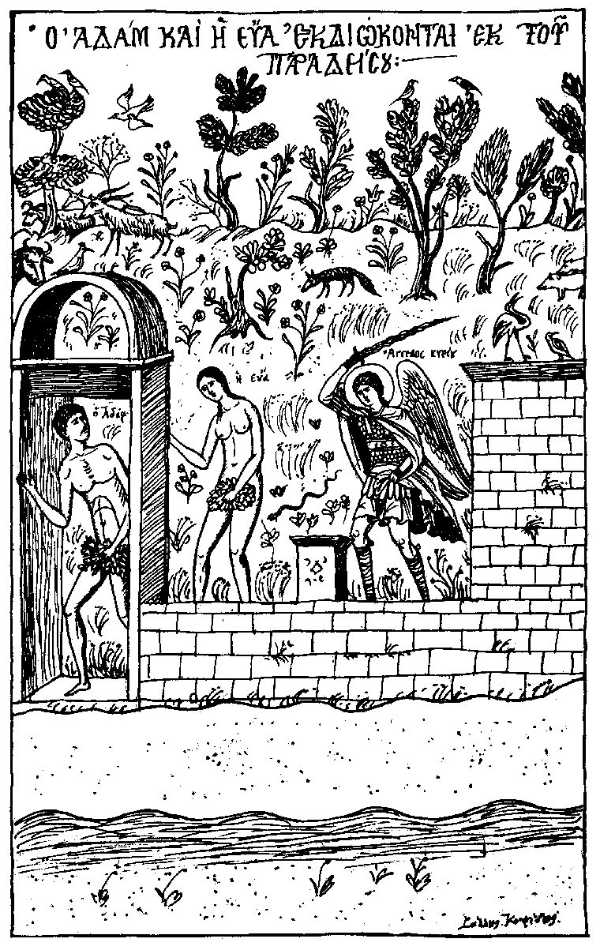 Adam and Eve expelled from paradise after the fall

We know the way it goes. Eve ate of the fruit and gave it to Adam. They disobeyed God’s command and then hid, much like two-year-olds who, upon breaking a household item, will hide behind a curtain.

When God asked why they hid, Adam said they were naked. And when God made the observation that they had disobeyed Him, Adam started playing what our pastor, Fr. Joe, calls “the blame game.”  “The woman you gave me,…”  and so on through the centuries.

Already having lost his original grace, Adam could not refrain from sinning in not accepting responsibility for his actions.  What if he had simply said, “I am sorry,” our pastor asked. Would things have changed?  Not likely, in my opinion,   Adam’s  soul had already been touched by corruption.

I texted Fr. Joe’s interesting speculation to a couple of my kids.

“I don’t know if it is meant to be so literal,” came the reply from one…

“But interesting, nonetheless,” I answered. “If not literal, isn’t a slithering snake perceived as evil in the first place and was used as a symbol of wickedness.”

We reached an agreement. 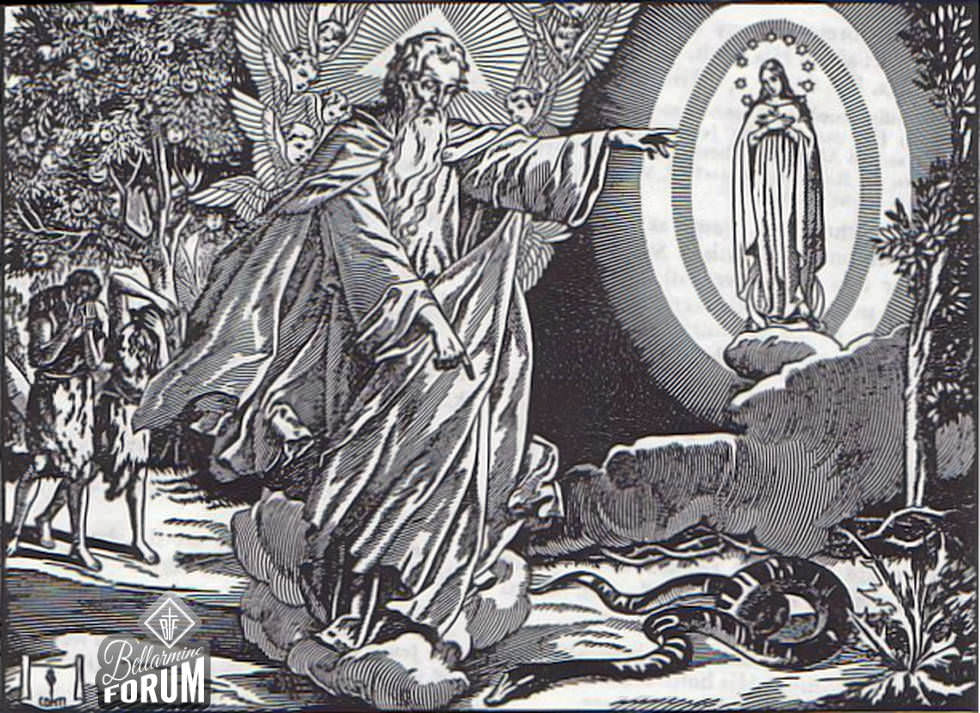 God cursed the serpent and promised a Redeemer and the new Eve, the Blessed Mother, the Immaculate Conception

Another thought crossed my mind at this point, the symbolism of man upright, still a child of God, albeit wounded, and the serpent far beneath him. Though wounded by the stain of Adam’s sin, evil is beneath us as children of God.

So why don’t we act like it? Why don’t we revel in our great fortune instead of groveling in sin?

The account of Adam and Eve and the serpent is not a nice little Bible story, it is our past and present. As for the future, our weakness is no excuse for sinning, because as the angel said,  nothing is impossible for God.

Mary, Immaculate Conception, pray for us! 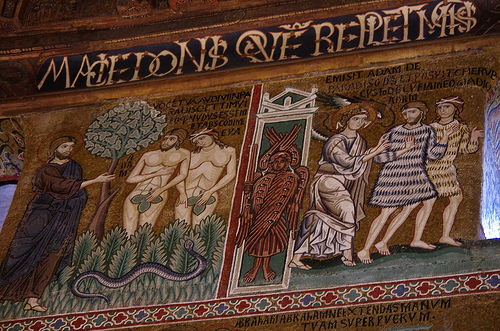 Adam and Eve expelled form the garden of Eden. Notice their clothes, like prison garb!

This article, Thoughts on the Feast Day (Immaculate Conception) is a post from The Bellarmine Forum.
https://bellarmineforum.org/thoughts-on-the-feast-day-immaculate-conception/
Do not repost the entire article without written permission. Reasonable excerpts may be reposted so long as it is linked to this page.