I’ve written before on the notion of lent being a time to fast and on the power of fasting to cast demons away. Today, people have totally shifted their concept and consider a fast “too much.”  Those who say that have that luxury only today because the Church has mitigated the impact of the second law. Consider that the Council of Toledo in 633 ruled that those who ate meat during lent were not to be admitted to the paschal communion (!). Yikes! How differently the fast rules were imposed in the past. Today, however, it is largely the choice of the individual. I want to persuade you to consider it.

In an old catechism I have, I found the following (these statements are made under old Church law — and since have been changed!):

During the forty days of Lent only one full meal is to be taken, as a partial imitation of Our Lord s fast of forty days, and as a suitable preparation for celebrating the festival of Easter.

The forty days of Lent begin on Ash Wednesday, and last until Easter Day; the Sundays alone are not fasting days.

The Lenten fast was instituted by the apostles in commemoration of Our Lord’s fast in the wilderness (Matt. iv.). It is a time of penance and of sorrow for sin; hence violet vestments are worn at the altar. It is natural to fast when we are in grief (Matt.ix.15).

The forty days of Lent are also a preparation for the Easter festival. In early times the fast was much more rigorous; the primitive Christians ate no meat all the time, and did not break their fast until the evening. Even in the Middle Ages meat was prohibited; those who ate it were not admitted to the paschal communion (Council of Toledo, 653). Those who broke this law were punished by the secular authority on the ground of contempt for religion.

The rule of fasting is made very easy nowadays. All that the Church requires of us is to take only one full meal in the course of the day; a slight refection is permitted in the morning, besides the evening collation. Drinking does not break the fast; yet we must only drink to quench our thirst, not in order to compensate for privations in the way of solid food. No one is required to keep the fast of Lent who has not attained the age of [majority].

I have to chuckle whenever I read that sentence: “the rule of fasting is very easy nowadays”!  Hah! Compared to being punished as a criminal for contempt of religion because I may have eaten some meat, it really is!

Changing Habits by Changing Perspective and sharpening the mind

Nobody talks about this aspect of fasts — it’s not merely a way to lose weight — fasts . You can find many books today that will help you change habits. On Amazon, a very popular title today is a book by Charles Duhigg, “The Power of Habit…”  In it, he speaks of the amount of time it takes to change a habit. Some used to think a month was enough. Then, later studies said more like two months. I’ll bet Our Lord had it right, and it’s really 40 days. Fasting helps put the mind into a different set of considerations, enables you to look at your routines with new eyes. It is a powerhouse of new perspective!

If your are going to change a habit, then you must be at your sharpest!  The intellectual powers are sharpened by moderation in our food. At Nabuchodonosor’s court Daniel ate pulse and drank water, and he surpassed in understanding, knowledge, and wisdom all the wise men of the kingdom (Dan. i.). By fasting the soul is fortified and enabled both to bring the body into subjection (1 Cor. ix. 27), and to overcome the temptations of the devil.

Habits can be a lot like an encampment of an enemy in your own mind.  The fortress surrenders when the garrison is starved out; so the body, under stress of hunger, yields to the will and the understanding. Our bodies have to be tamed like wild animals. The devil regards the flesh as his best ally; he knows that the enemy at a man’s fireside can do him the worst and the greatest harm. By fasting we put our foe in irons, so that he cannot wage war against us. The bird of prey loves a fat prize, he does not make the half-starved one his victim. The athlete who “refraineth himself in all things” (1 Cor. ix. 25), in preparation for the contest, is most likely to conquer.

Fasting causes the mind to refocus for the better.  A high degree of virtue is also acquired by means of fasting. It inclines man to prayer; it helps him to overcome himself, to be gentle, patient, and chaste; it makes him resemble the angels,who neither eat nor drink. In the same proportion that the animal part of our nature is lessened, our spiritual nature is invigorated; like the scales of a balance, as one goes down the other rises.

Fasting improves health.  Our health is improved and our life prolonged by abstemiousness. It is the parent of good health. The hermits in the Theban desert fasted rigorously and they lived to be a hundred years old. Hippocrates, the father of medicine, reached the age of one hundred and forty years; this he attributed to the fact that he never fully satisfied his appetite. The Wise Man Sirach says: “He that is temperate shall prolong his life says (Ecclus. xxxvii. 34); and ” a moderate man also enjoys wholesome and sound sleep.” (Ecclus. xxxi. 24).

God rewards Fasting (it’s penitential aspect merits grace and penance).  By fasting we obtain from God the pardon of our sins; witness the Ninivites when they fasted; by it we also work off some of our purgatory. God hears and answers the prayers of those who fast; He heard the prayers of the centurion, who fasted until the ninth hour (Acts x. 30), and sent an angel to him. When Holofernes laid siege to Bethulia, the inhabitants betook themselves to prayer and fasting, and they were delivered in a marvelous manner by Judith.

One of the Wings of Prayer is Fasting.  St. Augustine calls fasting and almsgiving the two pinions of prayer. Fasting is a means of earning extraordinary graces, for God has ever been won’t to recompense it with singular favors. After Moses had fasted, he was admitted to the honor of conversing with God upon Sinai. After Elias long fast, God appeared to him upon Mount Horeb (3 Kings xix.). He who fasts grows more and more spiritual; he is in a measure divinized, hence God vouchsafes to hold conversation with him.

Fasting stores treasures up in your Heavenly reward, and it is rewarded after death. Moses and Elias were present at Our Lord’s transfiguration, because they alone of all the patriarchs had fasted forty days as He did. Hence we see that glory is reserved in a future life for those who fast in this world.

Did you get that? Your opportunity is coming next Wednesday! What are you going to do: give up a little inconsequential pleasure, or fast and earn a badge of honor that you’ll forever have?

Of course, this challenge and the summary of rewards was heralded by the Church in her old Preface for Lent: “Who by a bodily fast restraints vices, upliftest our minds, and grandest strength and rewards.” 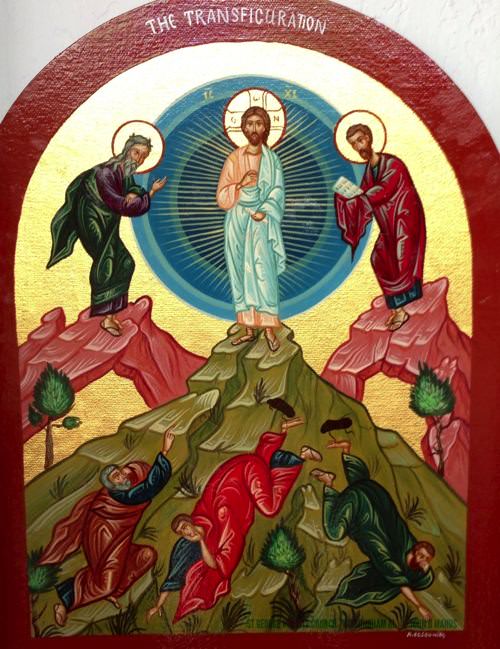 Moses and Elijah earned their fasting badge and it got the admitted to the Transfiguration… Don’t you want yours?

This article, Lent Preparation: Earn an eternal merit badge this year is a post from The Bellarmine Forum.
https://bellarmineforum.org/lent-preparation-earn-an-eternal-merit-badge-this-year/
Do not repost the entire article without written permission. Reasonable excerpts may be reposted so long as it is linked to this page.