So What is Sexagesima Anyway? (the real secret to easy grace) 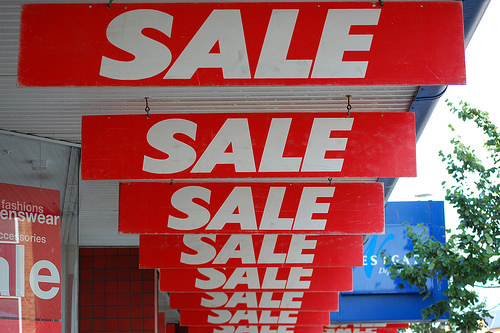 I never realized when I studied the Illiad and the Odyssey in latin in high school just how much my perceptions of words from latin were forever changed. I take for granted that latin words sound completely different to someone not familiar with latin. Recently, I was talking to someone and mentioned that Sexagesima Sunday was approaching. They got a look on their face…   it was that “what..?”  They thought this was a Mardi Gras thing. In a way, it is…  but not really in the way they might have been tempted to think I meant — certainly not in the sense of the excesses in Mardi Gras carnivals today. If I step back from that word for a minute, I suppose that really does sound like something that shouldn’t be part of the liturgical cycle of the Church. Nevertheless, the latin is very clean and merely refers to the 60 days remaining until easter.

That face they made is nothing like the quandaries I see on people’s faces when I tell them I can’t wait for lent! I’m serious. I’ll tell you why below.

A while back I mentioned that we shouldn’t concern ourselves with new years resolutions because lent would be here soon enough. A blink of an eye later, and here we are. That begs the question already:  If you put half the effort into a good lent resolution that many people place into thinking up a new years resolution, then it’s time to start thinking of what needs to change, so that you can leverage lent to do it.

Traditionally, this period of time is explained thusly:

The preparation for Lent includes the three Sundays called respectively Septuagesima (70), Sexagesima (60), and Quinquagesima (50). They were so named because in the early days of Christianity many communities began the fast fifty, sixty, or seventy days before Easter, in order not to have to fast every day of the forty. The Wednesday after Quinquagesima is called Ash Wednesday, because of the ceremony of sprinkling ashes upon the foreheads of the faithful. On Ash Wednesday the season of Lent commences; it is forty-six days before Easter; thus the number of days is completed without the six Sundays, on which we do not fast. During Lent the public life of Our Lord is set before us, His previous fast, His Passion and death.

This is what I love about the economy of time in the Church. You can stock up some fast days now so that you get a good forty in before Easter. Who thinks like that today?

But…  But! More importantly, I bet most people have items of things they’d like to buy, if they could get a deal, or if it was on sale. Think about it…  we all watch for prices and availability on things we want. What about your spiritual life and you life in general? Do you avoid a list of things, to maybe think “someday, maybe I can figure that out”? Read on …   I’ve got a deal for you.

Why? Is it merely to imitate Our Lord? Why prepare for this? Why put this in terms of something to look forward to? Forty days, and the desire to hit that number comes from observance of those holy ones who came before us. Not just Our Lord, but forty days is all over our salvation history as something “magical.”  Consider the following:

All apostolic men have sought retirement before entering on their mission, e.g., Moses, John the Baptist, and the apostles before the coming of the Holy Spirit. By His fasting and His victory over the devil, Christ would satisfy for Adam’s self-indulgence and defeat in the garden of paradise. The number forty has a special significance:

The forty days of Lent are intended to commemorate the fasting of Christ; they begin with Ash Wednesday and continue till Easter.

So, forty seems to be something important to God. It’s not an arbitrary number. There are probably plenty of other examples throughout Holy Writ, but that list is rather formidable. It is something those who went before us set aside for God. Given the outcomes on that list, it would appear that God blesses those who make 40 days for Him this way. So what did those people do for forty days?

During this time those who are of age should take only one full meal a day, and all Christians should avoid boisterous amusements and meditate on the sufferings of Christ. Thus sermons are preached on the sufferings of Christ; on Passion Sunday the images in the church are veiled and the priest says Mass in purple vestments. The three days before Ash Wednesday are called Shrovetide, and in order to divert the faithful from vicious pleasures it is usual in some places to have Exposition of the Blessed Sacrament.

How far we’ve wandered from shrovetide! This practice was meant to provide an activity apart from carnivals. See, in previous days, even the hedonists toned their lives down for lent, so they’d use it’s approach as an excuse for a party. There’s nothing wrong with enjoying the last couple days before a fast because you intend to actually fast. I don’t see much evidence of fasting today, however – that’s why I like to remind people of it frequently.

You’ve got some time to put together your shopping list! That’s what Sexagesima is really about! It’s like making your Christmas list, or scoping out store sales, but for your eternal treasure. So, what happens when you decide on getting that “big thing” — we stake it out and hunt for a bargain. 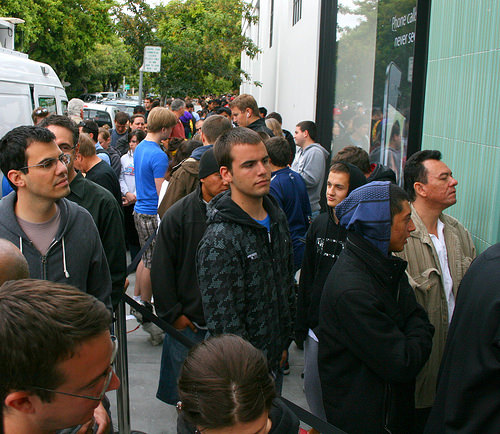 The iPhone always draws a crowd ready to get the newest one — and it’s not even supernatural.

We have plenty of time to talk about fasting later — I want to punctuate one thing today:  if you think of how excited people get for black friday sales, clearance events, or deals, then get ready for lent! The rest of the year, you need to merit graces with hard labor. Lent is like the black friday clearance event where God makes actual grace cheap and easy to merit. Get ready to stock up your survival supplies for pennies on the dollar! Even the old catechism had such excitement:

There are ordinary graces which are given to all men without distinction, and there are special graces which God grants only to a few souls, and that with a view to some special work. Many graces may be obtained, especially by the prayers of others and by co-operation with the first grace. St. Augustine received many more graces than other men in consequence of the prayers of St. Monica; so, too, St. Paul through the dying prayer of St. Stephen. The holy apostles obeyed the first call of Our Lord, and thus obtained many other graces. The action of the Holy Ghost on the souls of men is not constant, but occasional. Hence the exhortation of St. Paul: “Now is the acceptable time; behold now is the day of salvation” (2 Cor. vi. 2). Compare the parable of the vineyard where the workmen received only one summons (Matt. xx.). Times of special grace are the seasons of Lent or when a mission is being given, or the jubilee year. These times of grace are like the market-days when things are easier to obtain; with this difference, that no money is required. “Come buy wine and milk, without money, and without any price” (Is. iv. 1).

People camped out for a black Friday deal

So what graces do you want this year? You can get a deal! You can merit graces like a victory over your chief fault, a new prayer life, or more disposition to acts of charity. The store is getting ready to open…  are you going to line up as they do for iPhones?

What do YOU want from lent this year?

This article, So What is Sexagesima Anyway? (the real secret to easy grace) is a post from The Bellarmine Forum.
https://bellarmineforum.org/so-what-is-sexagesima-anyway-the-real-secret-to-easy-grace/
Do not repost the entire article without written permission. Reasonable excerpts may be reposted so long as it is linked to this page.