How Cigarettes and the Blessed Mother can Defeat a Bolshevik Army

Quite some time ago, I read a quote that had been sent to me by a number of people, but I wasn’t really sure what to say about it other than express disgust and disappointment. Sometimes you read these things said by Cardinals and it makes you wonder if they are Catholic, or unaware of what precisely the Church is here for. Said Cardinal Kasper:

“But it’s a heroic act, and heroism is not for the average Christian.”

(see the context in the news report here). Say what? This is a Cardinal! Before you throw something or smash your computer screen, though, let’s compare what he said to what Church tells us. First, Our Lord said, “Be perfect, as your Father in Heaven is perfect.”  And, 2000 years of Church history have shown us how. Says St. Maximillian Kolbe:

“There is no kind of heroism a soul cannot achieve with the help of the Immaculata.”

All Are Welcome (to be heroic)

Somehow, Cardinal Kasper’s expression sounds like it is not what is expected of us. We are Catholic precisely because we know that human nature cannot make us heroes, but grace given freely to those in the state of grace can easily make heroes of everyone. Mother Church does not hold back this grace from anyone. Truly, as far as the availability of sanctifying grace and heroic virtue, all truly are welcome. I cannot find where Jesus said, “Some of you should try to be perfect” or “a few of you could possibly be perfect.”  Rather, He said, “be perfect.”  Or, we can say, “be a hero!”

The good news of the Church is that she has all the stuff, know-how, and power to make anyone into a hero. That’s awesome! So why would a Cardinal push people away from this? Instead, should we not be exclaiming the means and tools by which Mother Church turns ordinary broken people and makes them move mountains? That’s the good news here:  you don’t need to change rules to be extraordinary, you have everything you need waiting for you to use.

Mortification is Force Multiplied By God to Move Mountains 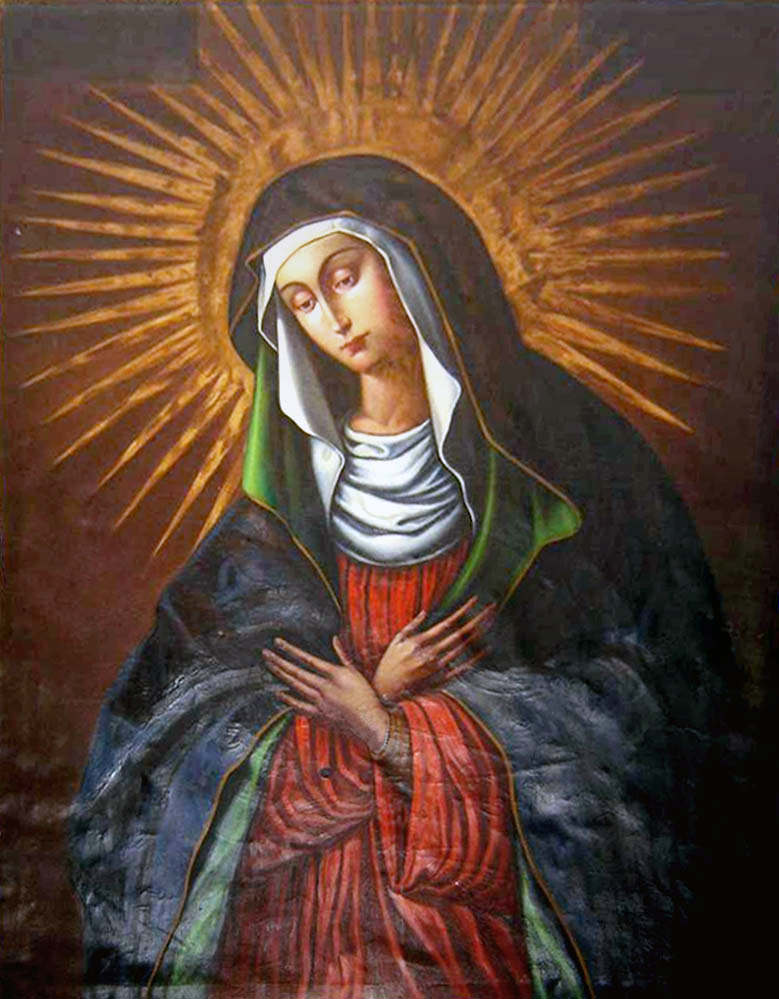 Mortification is one way we give something to God and He adds his grace to force multiply our effort. Why? In some ways because it makes us like God’s beloved Son, Who gave Himself for us. In other ways, because it is just that we pitch in. Deep in this concept though is another rule from Our Lord, that of both prayer and fasting. As explained in this post, you cannot escape mortification if you want to make things better. Fasting is a type of mortification. Mortification is doing your part in the work of salvation.

It always sounds like something for someone else, though. The concept that things can change on our efforts forgets that we have help from Heaven. Who else but our Blessed Mother is the first to be with us from Heaven?

How Cigarettes and our Triumphant Leader Crushed an Army

St. Maximillian Kolbe tells the story of the first Marshal of Poland, Marshal Jósef Piłsudski, who died in 1935, and how he crushed the Russians in Vilnius at Ostra Brama. Kolbe gives a lengthy account of Marshal’s love for the Blessed Mother. Said his priest:

Fr. Stanislaw Szurek quotes a personal declaration of the Marshal, “When I am at odds with myself, when all are against me, when the tempest of indignation and objections rages about me, when circumstances seem to be even hostile to my intentions, then I address this question to myself: How would my mother want me to behave in this case? And I do what I believe would most likely have been her advice, her will, without bothering myself with anything else…”

That paragraph is worth printing out, laminating, and keeping copies all over your house and work. I can see why St. Kolbe put it out there as an example to all! So that sets the stage of Marshal. And there’s more:

“he learnt from his mother to love the Mother of all men, and loved her in the image of the Virgin Mary of Ostra Brama“;  He rejoiced “in the fact that, in times when everyone was surrendering and humbling themselves before the Russian aggressor, this very oppressor of Poland had to humble himself in front of the Divine Mother of Ostra Brama, having to bare his head while passing by her house.”

Heroism. Cardinal Kasper might have told him that not everyone could do that. Marshal knew the secret of how God can multiply his efforts through mortification, though. And so Marshal vowed three days of mortification.

Gazeta Kościelna relates, “The Marshal wanted to free Vilnius as soon as possible. While he was preparing himself to embark on this venture, in the spring of 1919, he said to Boleslaw Wieniawa-Długoszowski, ‘Young man, do You know what we are going to do? We are going in aid of the Divine Mother of Ostra Brama. It is not a trivial thing. I have promised to give up smoking for three days for the success of our expedition, and since it is a great consolation to have a companion in times of suffering, so you too will not smoke. I hope, in solidarity with me […] for three days” 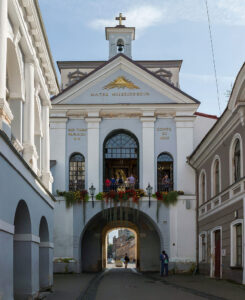 The city gate to Vilnius, over which Ostra Brama (gate of Dawn) is. Photo by David Iliff, CC.

Says his aide, who Marshal had mortify himself with him:

“At first, I thought he was joking, but as soon as I noticed that the Marshal was honoring his vow, I also decided to control myself and not smoke.”

Marshal sent his troops into Vilnius, instructing them to remove their hats in honor of Ostra Brama and provide her a military salute as they passed through the gate where her image was. He was aware, as every reader here should be, that Mary, our Queen, is the Triumphant Leader, Invincible Champion.

They routed the Bolshevik Russians out and freed the city!

Our Lady of the Gate of Dawn (Ostra Brama) today: 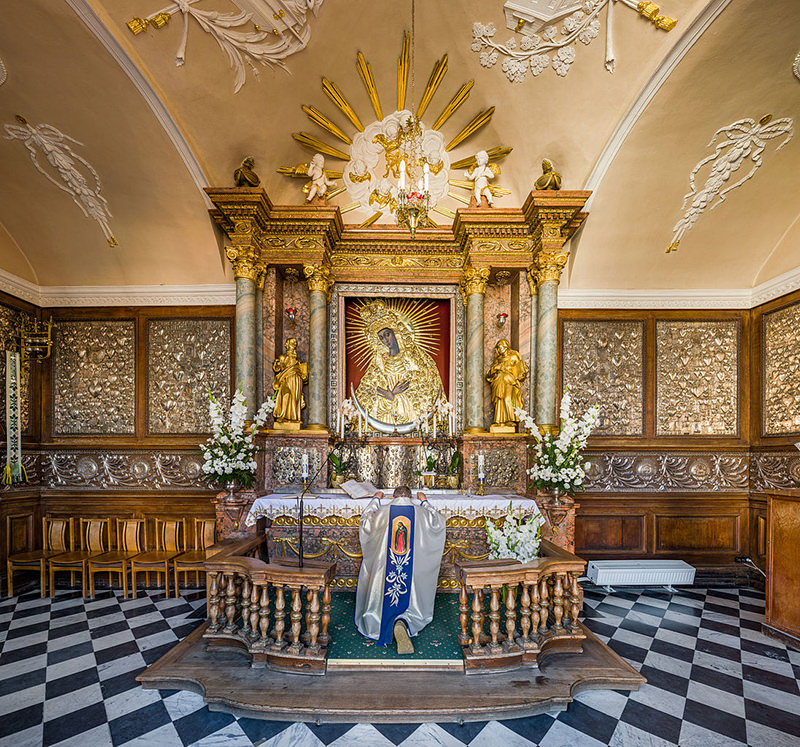 What are you going to do to be a hero?

With our Mother, any of it is possible!

This article, How Cigarettes and the Blessed Mother can Defeat a Bolshevik Army is a post from The Bellarmine Forum.
https://bellarmineforum.org/cigarettes-blessed-mother-can-defeat-army/
Do not repost the entire article without written permission. Reasonable excerpts may be reposted so long as it is linked to this page.