When Pub Talks Turn to Fights: Of Gruner, Schism, Russia, Secrets, Fatima, and Plots Against The Plan of Mary

When the Pub talk Goes Sour, the Fisticuffs Ensue…

I will be the first to admit that I love chewing on the tasty morsels of prophecy and end times. You can’t beat it — if the end is the conclusion, then you get to solve the puzzle working backwards to now. This is the great life of pub talk whereby one should be able to assemble a convincing series of correlations and observations, drink a beer and then listen as someone else at the table picks it apart and replies with their take. Nothing wrong with disagreeing, too. It’s all fun. Well, it is until some topics come up.

Some drinkers avoid politics. Other drinkers avoid religion. They’ll debate anything else, but they avoid those topics because a fight always ensues. The same seems to hold in Catholic apocrypha anymore…   You can say that Matreya is alive and he’s the anti-christ, and people can argue that all night long, but the minute anyone brings up these verboten topics, the gloves fall to the floor, and the slaps and punches start. To wit, not a full list, but some third rails of traditionalist Catholic pub talk include:

Now, those are questions that depend on analysis. They should be fun to discuss. No.  Try it the next time you are at a Rosary cenacle:  Yell out, right after the Prayer to St. Michael the archangel:  RUSSIA WAS CONSECRATED BY POPE JOHN PAUL II.  Do it!  I dare you! You can do it.

In the middle of a stream of phrases about Sr. Lucy was killed, the false prophet, the windswept house, bishops, by name, see if you don’t get hit with a cast iron pan. Also, try to keep count of how many times each phrase is used.

Ask them how Russia has nearly ended abortion, has a flat income tax of 14% (that’s it…), abolished property taxes in 2003 (because property taxes end private land ownership), rebuilt the Cathedral of Christ Our Savior, flourished churches, or any other series of facts about how Russia today is nothing like that of the 70s or 80s even, and you’ll hear one thing:  they have not converted.

Consecrated Russia Will Be Roman? 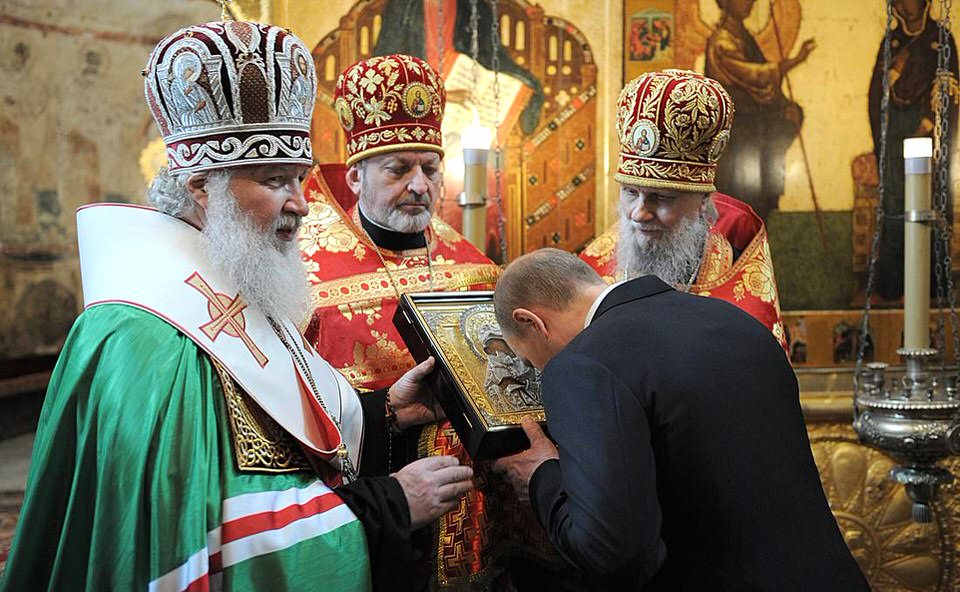 I suppose the viewpoint is that Russia should have all Latin Masses. Nevermind that Russia was never a Roman land. It was the Rus Church (Ruthenian) and there was the Russian Greek-Catholic. (yes, my people were the ones who could get the hard headed slavs to organize into society and go to Church — even the Germans couldn’t handle that). There’s more detail than worth going into here, but that’s the gist. To them, the proof that Russia wasn’t consecrated is that it hasn’t converted (to Latin Mass). I suppose it doesn’t matter that Putin reinstated that age old practice of Russia where the inauguration of Russia’s leader occurs in Annunciation Cathedral and includes reverencing the Blessed Mother.

Yes. They will insist that it hasn’t happened. You see, Everyone would be going to Latin Mass in Russia if it had. I cannot explain what they must be thinking any other way.

Worse, if you show them pictures like that, they will insist that it is fake… that Putin is putting on an act. If you keep an arm’s length from the insults, it is funny. Sometimes it is fun to get everyone all riled up, just so you can see the spectacle. It’s especially fun if you see someone else taking the heat and getting hit by the frying pan. Well, not really. It should be fun, but the people who throw the insults do so with the utmost rigor of apocalyptic heft (which is only but a few ounces lighter than an anathema).

If you are lucky, you may even be told that you aren’t Catholic.

With that all said, I am tickled by the Letters to the Editor section of this month’s New Oxford Review. In it, several topics of perennial angst appear that I still find rather amusing after all this time. Those topics are Fr. Gruner, the Consecration of Russia, and the anti-pope. Into this gruel, we ought to sprinkle in some days of darkness, the great chastisement, and some references to Matreya. Well, OK, nobody mentioned Matreya over there. There is a lot of huffing about Fr. Gruner, though.

On the NOR page linked above, scroll down near the end to Marie Haas, who says, “Are you seriously suggesting that Russia has already been consecrated to Our Lady of Fatima — as the Vatican insists — and that the violence engulfing the world is the ‘peace’ she promised us? Do you think we are all idiots?”

That’s good stuff. I am tempted to say “yes.”  Among other things, Russia has shown incredible restraint despite constant provocations from the United States of late. Despite calls in D.C. to nuke Russia, that hasn’t happened. Besides, world peace is the after effect. The prophecy, with regard to Russia, was not the wars, but instead that Russia would spread her errors throughout the world. I’ve written on what Russia herself said those errors were. Recently, I wrote again that St. Maximillian Kolbe set out against those same errors. The standard was not world peace. The standard was whether Russia would convert. From there, peace would come.

I think people try to insist that the Blessed Mother intended to have this conversion and effect be instant. Well, I don’t need to guess, I’ve been told that by fans of Fr. Gruner. They interpret it that once the consecration happened, according to whatever the latest set of rules is, instantly everyone in the world changes. Instantly. Even Folgers instant coffee crystals take a moment after you add the water…  you have to stir it even. Ninety-nine years of momentum since Russia spread her errors would instantly be gone. I believe that God could accomplish that, in fact. So I can’t fault them that way. But, I never heard “instant” in what the Blessed Mother said — I think they added that. In fact, the Blessed Mother seemed to suggest otherwise. “it will be too late, but in the end, my Immaculate Heart will triumph.”

“We, the devotees of the late Nicholas Gruner, cannot believe the NOR editor’s ignorance and resultant stupidity when he called Fr. Gruner’s tireless and sacrificial efforts to satisfy the requests of the Mother of God a ‘conspiratorial claim of an alleged ‘cover up’ of the Fatima event’ (ed. note, Jan.-Feb.). Shame on you! Yes, you are indeed guilty of ‘nastiness’ and ‘unwarranted rudeness,’ as Patricia D. Scott said (letter, Jan.-Feb.). How dare you!”

I have a problem with her claim here. I also think we need some explaining here. Rather than the rest of the insults that they throw around, I would like to set one thing straight about Fr. Gruner:  he was wrong about the third secret. You can’t get around that fact. He erred. He was human. That’s not an attack or insult on Fr. Gruner.

Probably driven by the sacrifices of Town of the Immaculate in Japan, Mary decided to break the secret herself. Mary owned the third secret. She could break it.

She came to Sr. Sasagawa and explained that bishop is against bishop and the devil is strong, even in the church. Stop taking Communion in the hand. If people did not repent, Fire would fall from Heaven. Nevermind that the Blessed Mother started her message to Sr. Sasagawa on October 13. See more in the Akita section on this post.

Repeat after Me:  Akita was the Third Secret of Fatima Revealed and More

Oh, and our Blessed Mother told an Italian nun (Sr. Aiello) about that fire from Heaven, too.  Now you know why Pope Benedict XVI, then Cardinal Ratzinger, said that the third secret really wasn’t anything not out there already.

Yet, follow the logic of Fr. Gruner. He insists that the Holy Father submarined the whole third secret. That somehow, the Pope was set against doing what the Blessed Mother asked. Such delusions were misleading at best. The Blessed Mother was capable, and did, take care of any such nonsense. Fr. Gruner used it as a wedge to put between the faithful and the Pope.

To set it up as if we still haven’t seen the entire third secret and that there’s yet a fourth secret out there was just enough to keep the banner waving on a good gig.

I wish, however, we’d spend more time doing what she asked:  prayer and penance.

HOLD THIS THOUGHT ABOUT FR. GRUNER and the insinuation that the Pope was working against the Blessed Mother…   I promise I’ll tie that together in another post later this week…

Meanwhile, head over to NOR letters to the editor and see the fisticuffs and Pieter Vree’s reply. It’s fun. 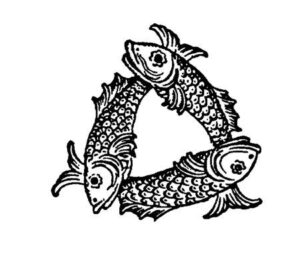 This article, When Pub Talks Turn to Fights: Of Gruner, Schism, Russia, Secrets, Fatima, and Plots Against The Plan of Mary is a post from The Bellarmine Forum.
https://bellarmineforum.org/when-pub-talks-turn-to-fights-of-gruner-schism-russia-secrets-fatima-and-plots-against-the-plan-of-mary/
Do not repost the entire article without written permission. Reasonable excerpts may be reposted so long as it is linked to this page.